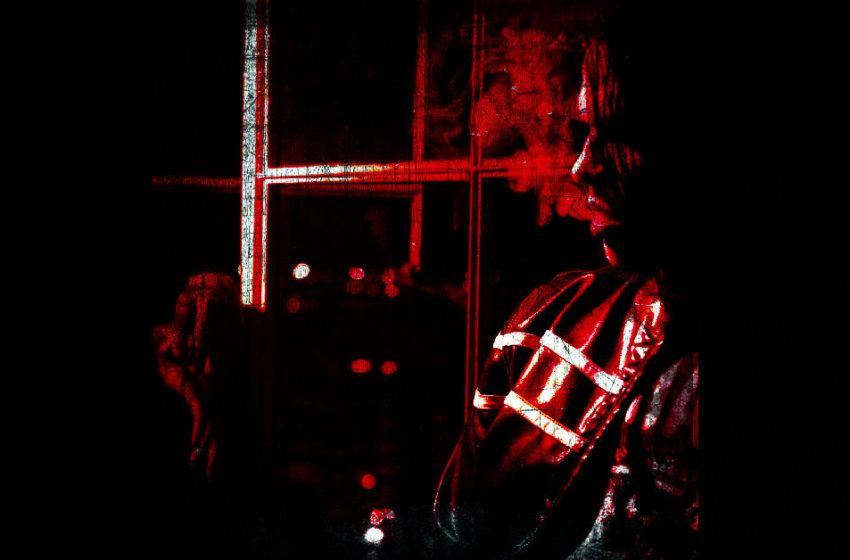 A Rock/Grunge/Metal band from out of LA – The Quarantined are leaning heavy on the Rock side of that hybrid combination on their new single “Shadow” from the upcoming 2020 EP Aversion To Normalcy.  Don’t get me wrong, I can hear a few rumbles of Grunge in the mix here…I can hear the argument for Metal to be made – together these aspects come out sounding “Shadow” would fit right in with a lot of what’s on Stone Temple Pilot’s album No. 4 – but in truth, this lead-single comes out much closer to the Rock wildness of a band like Velvet Revolver than any comparison you could potentially make within the other two genres.

And of course, there’s a lot of awesomeness to be found inside of comparing them to Velvet Revolver – there’s no question about the capabilities of a band like The Quarantined when you choose to go that route in reviewing their music – these guys can play, and they’re definitely out to shake the walls.  You can hear the savage intensity thriving within their sound in both the music and vocals, and you can hear the snarling Rock attitude running rampant from the very beginning of “Shadow” to its gritty final end.  When it comes to putting passion and energy up front in extreme doses sure to make an impact on the listeners out there, you gotta hand it to The Quarantined for clearly holding nothing back whatsoever.

Plus, if you do your research on these guys, it’s more than apparent that they’ve got their shit together – they’re even creating a documentary on their recording process for this upcoming release as well.  Full credit where credit is due – it might not be the most exciting detail I can give ya, but to me it sure is – I appreciate a band that’s organized and interacts with their audience in multiple different ways.  In my personal opinion and experience – that’s the exact recipe for a ton of the success stories I can recall.  I also think they’ve got a lot of assets working in their favor when I listen to “Shadow” – for instance, Sean Martin is a killer singer & front-man for The Quarantined.  They’ve technically got three guitar players in the band as well with Sean, Alex Diaz, and Jeremy Hicks-Kachik all taking a hold on the axe at some point along the way; I can’t tell ya who is exactly doing what, but I can tell ya the result is a solidly unified sound shared between them.  Alex also handles the low-end on the bass and fills that in no problemo.

Lineup-wise, it looks like they’ve been making some recent changes, with their old drummer departing and The Quarantined working with a couple candidates for their new EP.  I’ll put it this way…the vast majority of what you’ll hear on “Shadow” really works well…though I did go back & forth a little bit when it came to this one part of the music.  If you’re listening intently, you’ll hear just how involved the playing from the throne can be…at some points, that worked for me; at others, I wasn’t entirely convinced it wasn’t perhaps a bit too complex for what this song was really calling out for.  As impressive as the thundering of beats can be and quite often are on “Shadow” – I kept coming back to the feeling that the most successful moments on this single had the most space for the vocals and music to shine.  And then on that next spin through, I’d be right back to cheering on the freakishly large sound & complex ideas the drums supply…in many ways they’re the heartbeat of the song’s most intense moments and that certainly can’t be denied either.  So like I said, I’ve wrestled with it a little bit – ultimately they definitely feel like they fit the vibe & song well enough, but it’s also fairly natural that the newest inclusion to the music of The Quarantined might take a moment or two to fully settle in as well.

What I personally dig most about this crew from LA is that they never quit on this cut for a solitary second – they’re putting the ol’ blood, sweat, and tears into a track like “Shadow” and that’s enormously apparent.  They’ve got their own twisted style and swagger that’s identifiable, vocals that rip & roar through the speakers, and really well defined moments in the music of this cut that have both their power and their songwriting standing-out strong at all times.  It’s meaty…you’ll find much more goin’ on here than the average verse/chorus/verse track, but still quite a few tangible hooks and a pace that keeps it appealing to those people out there that need a cohesive structure to keep their attention.  The Quarantined is built to ROCK – they make time for their instrumentation with engaging solos and gripping chops on display – and there’s no doubt that there are a ton of ears out there that are always on the hunt for a gnarly sound like this band has.  “Shadow” is the first of five known cuts coming up on their Aversion To Normalcy EP, and one that certainly makes for a strong single that’ll entice you Rock fans into listening to the rest of what’s to come when their new record gets its official release next year.

Find out more about The Quarantined from their official homepage at:  https://www.thequarantined.com