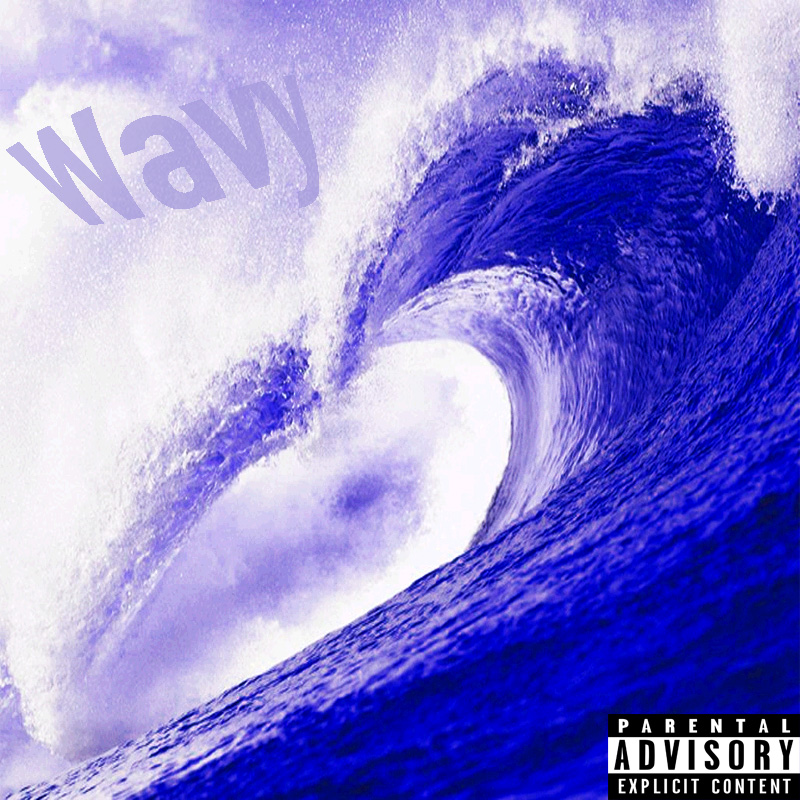 From The Pope himself eh?  Hmm.  Didn’t know the dude could rap!

“Wavy” might not exactly come directly from the Vatican…but one way or the other, it’s here to be heard today in review.  Produced by White Pu$ha, this new single from The Pope comes out with a large beat and dramatic-samples fueling the music with phonetic-lyrics leading the way lyrically throughout the song.

To be truthful…I both enjoyed and struggled with “Wavy” a bit…and to be even more honest, I’m not even quite sure I know why.  I know why I enjoyed it…I like the beat, I like the consistent flow of the rap and I think the movement of the flow itself fits the music as well as you could ask for.  I think it might have been the opening verse and how it establishes the rhyme-scheme/hook in the melody…it punches those similar notes in the tone of the words constantly at the outset of the song and I think it might have initially felt as if it worked, but that there could have somehow been more flexibility in the dynamics there like you’ll hear on the later-bars of this single.

To his credit, The Pope certainly understands metering and how to fit the beat.  The consistent rhyming of the track definitely ties into the chorus-hook…and I get that…I stand by that first verse being able to become a lot more diverse and versatile like what we’ll hear later on – but the real plus is that The Pope stays on-beat and on-point throughout the entire song.  You might even argue that the second half of this tune brings an added looseness to the sound of the vocals…but I’d trade that for the accentuated-punctuation of the ‘Eeee’ sound on every word ending the first verse for sure.  In my opinion, the verse and chorus of “Wavy” are almost too-similar to pack the memorable punch each part should have and be more individually identifiable as a result.  Again…as the song progresses and The Pope takes more chances in the lyrics of the second half of the tune, it becomes a bit more defined…but I’m not sure enough truthfully.  It’s solid as a moment in time…but “Wavy” doesn’t do too much to break-up each individual verse or chorus so much as it does blend it all into the giant-swell of its own ambition and ideas & plays much more like one big, extended moment.  That’ll work for some…it might be exactly what The Pope was going for on “Wavy” even…but I think the less dynamics that fuel a song from part to part in order to keep our interest up always takes a risk in writing/recording and could potentially be ‘too chill’ to amp people up or get them excited no matter how much energy is put into the words – know what I mean?

All that being said…”Wavy” is actually still quite fun to listen to and entertaining enough for sure – it’s just whether or not its consistency in theme and tone will hold-up over time or wear out for you quickly…and that’s of course going to be different for everyone according to their own threshold.  Whether it exists on your playlist for a little or a long time – “Wavy” has hooks that are fairly certain to stick with you well-beyond your own listening experience…I can’t deny that what The Pope has written here is definitely going to be something that sticks in my head.  It’ll certainly be the strength in the overall main-hook of the music, melody and lyrics that does it…which is largely due to The Pope exploiting this idea as much as possible and every potential angle it has through the words.  “Wavy” is a thoroughly-mined idea that includes all the references, imagery and phonetic advantages that the word has to offer.  In that respect…I’d certainly rather listen to something like this instead of another track about bitches, money & guns…so, there’s that…that’s a positive for many people out there that I know are tired of the usual themes in rap/hip-hop music.  There’s a bit of that in “Wavy,” but not too much…for the most part, The Pope has found good balance in the idea and delivered something entertaining for ya.