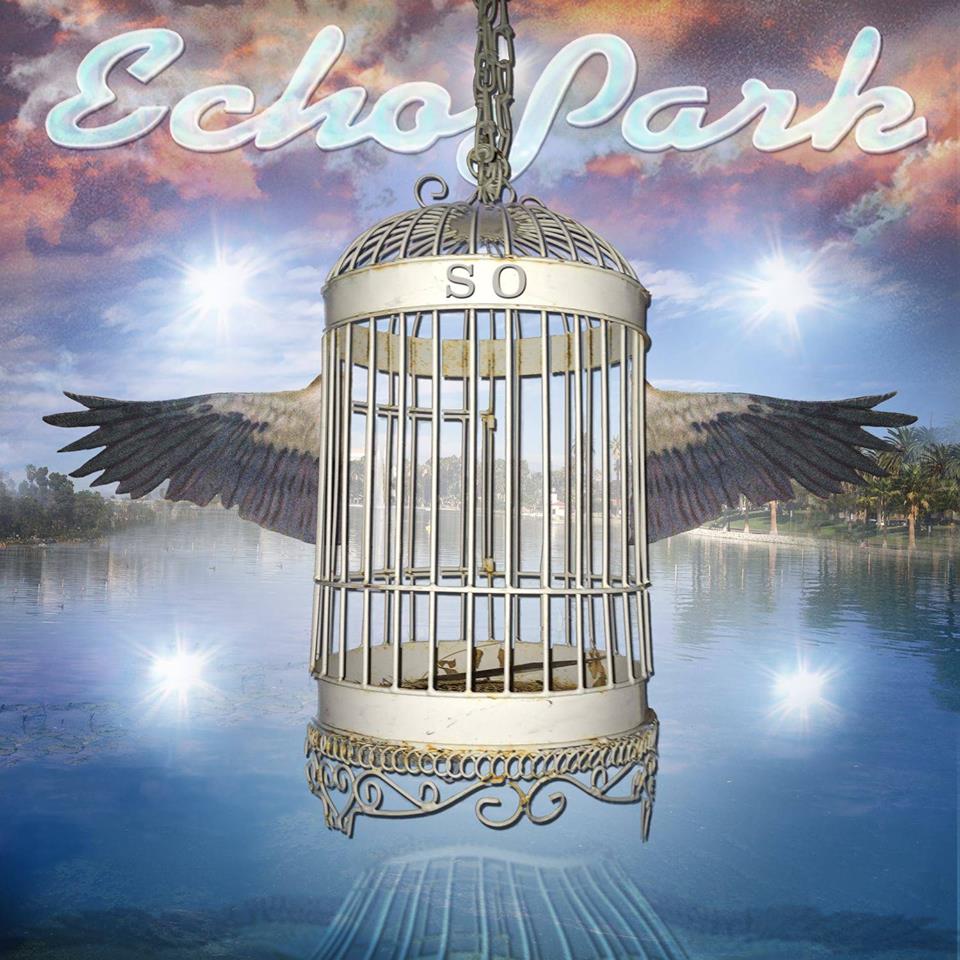 Artistically-twisted Hip-Hop? Did I just create a new genre category? If I did just now, I don’t really deserve the credit…SO does for putting that conclusion into my brain after taking in the Echo Park EP – a record so full of unexpected ideas, performances and music that there’s no way you’re prepared. I found myself pondering over whether it worked for me once I’d gone through the four songs…and…well…I’ll do my best to describe the situation for you here in the review today… But I’ll leave you at the start here by saying at the end of it all…I couldn’t really find any reasons why it doesn’t work or couldn’t catch-on in a number of ways. Are YOU going to ‘get it’? Who knows? Sometimes leaders have to take it all in a new direction, start ridin’ and wait for the rest of us to catch a ride to where they’re already goin’ – so maybe you’ll get it…but it won’t be what you expect, I’ll say that!

“Freaky” has about as much in common with Prince as it does with Kayne and Korn. It’s electro-driven through the music…and there’s definitely an easy-going, chilled-vibe in the music that works hypnotically on you as it plays. Way, way, waaaaaaaaayyyyyyy-up in his falsetto…SO starts out “Freaky” with an idea on the hook that is instantly going to throw you with its anti-typical nature…you know…the Andre-3000 method of ‘could be everything AND the kitchen sink’ when it comes to the vocals. The verse is delivered in a low-rasp more traditional to the beat & flow of Hip-Hop, which at first I thought was the more powerful part of the track; as time went on with repeated-listens, it was the opposite – it was the hook of the chorus and those wild-falsetto parts that made “Freaky” completely memorable. Won’t lie to you…it’s a nearly jarring-experience at first…but once you go back to it, you’ll probably grow attached to it like I did.

When “Supercharged” started-up though, I got a little worried for a moment. Beginning in the high-up falsetto once again, you quickly realize that this is a part of SO’s signature-style…and while that might work for a hook here & there, it does make you quickly question whether you’d be able to stick with it for an entire album. “Supercharged” flexes enough style through the performance on the mic that it almost becomes an irrelevant point very quickly…the beat of the music and its rapid-drums combining with synth-waves all make for an intense ride. Largely, “Supercharged” like any of these tunes from SO, it’ll depend on whether or not you can allow you & your set of ears to go along with these ideas…and that pass or fail, really comes down to his choice on how to display his vision and perform it. It’s all on SO’s shoulders here…and that can be a tough thing when heading in the direction opposite to the rest…but it doesn’t always have to stay that way; it’s defined sounds & styles that are truly identifiable that also go on to last into careers with true longevity.

SO plays it smart…and with an astounding change-up that will literally blow your mind, he launches headfirst into “Nelly” and the low-down bass/drum-led groove that serves as the perfect setting for what is about to be one of the quickest verses in rap you’ll hear this year. It’s the kind of track that leaves you absolutely scratching your head thinking to yourself, ‘you could have been doing this the whole damn time?’ – but it’s also through “Nelly” that you realize just how important those other tracks really ARE. “Nelly” is the anomaly on the EP, more unlike the others than the rest by comparison; the music maintains an interesting texture to it, but there’s no doubt that what will catch and hold your attention is the masterful grip on the m-i-c that SO has. The metering and flow are all pure audio-perfection…literally the guy is so good that he makes the complex sound incredibly easy for him; and with the amount of skill he clearly possesses in the full-flow…you’d almost have to wonder if it’s a case of conquering rap-music already that’s made him move on to what the other three tracks on Echo Park will give ya. Supporting SO would clearly mean really feeling what he’s putting out through the tracks that surround “Nelly” on this new record…but I mean…you can’t deny commenting on the incredible skill-level this guy has when you listen to the attack and flawless approach to “Nelly.” All I’m saying…is don’t feel bad if this is the track you come away with on that first run-through the Echo Park EP…it still has the high-up falsetto deal happening within it, but more spread-out…and really I think it’s the key to getting you adjusted into the overall style, sound and music of SO.

And…from the way the EP ends…I think SO is kind of counting on you having caught-on to it by now. At his loosest, happiest and wildest-chill…”Stoopid” ends the record on a massively-bizarre set of hooks…that…somehow…WORK again. I cannot perhaps express in words just how much I tried to resist this one…and by the end of the day, this was definitely the track that I found myself singing in my head over and over on the way back & forth from my desk to the coffee pot. And no…I can’t explain this one. Aside from the jazzy-nature of the beat in “Stoopid” I can’t quite figure out why it’s all okay with me otherwise…it’s such a strange idea…but…I’m guessing it’s the commitment to his style, ideas and sound that really impresses me most. To make a track like “Stoopid” you kind of actually have to be really smart and clever to pull off the ambition in the idea or to even attempt it all in the first place. There’s a confidence and courage to what SO has done here on the Echo Park EP…one that becomes extremely strange at points…and inexplicably addicting; you’ll want to hear it again for sure.