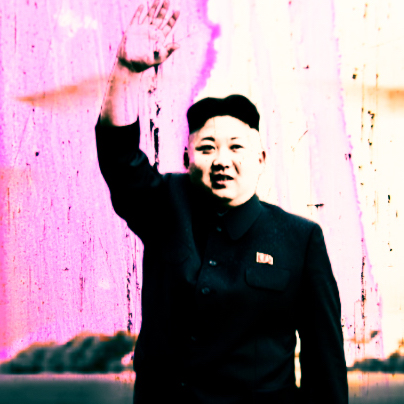 Correspondence comes in all forms behind the scenes at sleepingbagstudios.  Whether it’s by text message or carrier pigeon, we get messages & promo write-ups all the time regardless of if we ask for them or not.  Sometimes, they’ll even answer a long-burning question that you didn’t even know you had…like…you know…whether or not Jamaican men can do K Pop.

You see what I mean?  Life can be strange like that sometimes.  Believe it or not, without even so much as an actual ‘hello’ from the artist, manager or fan that sent the music our way…we got the answer to that question from this Wizard of Oz behind the big ol’ curtain…it read:

“SK proves Jamaican men can do K Pop too.”

Oh!  Ok then.  Truthfully, I’m not even sure I’m necessary after that…kinda says it all right there doesn’t it?  I don’t remember reading or hearing about the legions of people that have been fronting Jamaican men about their abilities to rock K Pop…but I’ll admit, I don’t get to read & hear EVERYTHING out there.  Just because I don’t know about it certainly doesn’t mean it didn’t happen.  I mean, it MUST have been a huge issue or bone of contention if you’d mention that before just saying ‘hi’ right?  This battle is obviously right at the forefront of someone’s mind out there and they’re clearly here to make a statement.

That statement again, being that “SK proves Jamaican men can do K Pop too.”  Ok then.  Have at it homie.

All weirdness (yup, that’s what I’d call it) behind the scenes aside…I think SK’s got a really wild & entertaining track with “Bang It Out.”  Would I consider it to be K Pop specifically?  It has enough elements to relate to the genre for sure…but chances are, if it was fully-loaded with K Pop traits, it wouldn’t elicit such a positive response from me.  There’s just as much in common with electro, island, hip-hop, jazz, reggae, pop, rap & etc. on “Bang It Out” – point being, if you’re gonna start everything off with a statement as grand as “SK proves Jamaican men can do K Pop too” – shouldn’t every single moment in what we hear (and see, with the genre being defined largely by audiovisual elements) reflect that?  I’ve got no issue with SK calling his music K Pop if that’s what he wants to do…why his music would need to be limited to any one specific style or genre when he’s clearly looking to keep the sound widespread, accessible & appealing from what I can personally hear on “Bang It Out” is where the mystery would come in.  But I ain’t here to solve that…just comment on what I see & hear.

Bottom line is that no matter what genre or style you’ll end up associating the music of SK with, I’d imagine you’ll be impressed with “Bang It Out” featuring Exid.  Truly vibrant in sound-selection, mix and production – the collaborators in charge here deliver on bar-after-bar with an ever-twisting structure and depth to this cut that’s massively entertaining to listen to evolve.  From the subtle background-hooks that you’ll hear in vocal-samples and the music all throughout “Bang It Out” – you can easily hear that no stone has been left unturned and that every element we hear from what’s upfront in the speakers all the way to the back of the lefts & rights has been considered & placed carefully into the mix.  You can hear the space in the music even, allowing each sound to stand-out stunningly as “Bang It Out” plays…SK has truly played this one correctly from writing to performance.  Not being entirely familiar with SK or Exid and only knowing that “SK proves Jamaican men can do K Pop too” doesn’t exactly help with knowing who’s doing what or responsible for what parts of the track of the track that we hear…but in my opinion, it’s definitely a collaboration that works.  I think the music is insightfully innovative for anything to do with ‘Pop’-anything and moves incredibly well with bright electro-elements hooking our ears in while the low-end bass pulses rumble right through us.  As far as the rapped-out rhymes of “Bang It Out” are concerned…honestly, this emcee is SICK in all the right ways.  The skill is there…that’s like, not even a question – you can hear that immediately; but when you combine it with the amazing TONE, character and attitude you’ll hear in the delivery on the m-i-c, you’ll hear where this guy really has the advantage over others.  Lyrically it’s seriously sharp – FULL of personality and hitting every syllable perfectly to the metering & pace of the cut with tremendous precision and serious skills.  It’s a track all about BANGIN’ – and you know…the GOOD kind!  For a three-minute track, SK and Exid end up taking you on quite an extraordinary journey in sound that’s highly impressive for how versatile and vibrant it was able to be inside such a short time-frame.

But what they’ve done essentially…is tighten every possible corner so that no one listening would ever be bored for even a single second.  I really respect the way this cut is structured to deliver at every moment…the first two minutes have all kinds of wicked, wild & crazy energy and that final minute really makes magic with drifting into a whole new space, style and sound to end the track in a different direction & revealing even more strengths.  There is real personality here…certainly in the music; even in the short correspondence we’ve had with this crew, that’s what you get…personality up front.  So what if the introductions still need a bit of work…the music is good and definitely creative enough to speak for itself.  The ever-changing & shifting dynamics of “Bang It Out” keep this cut vibrantly entertaining and engaging from its energy-filled beginnings to its chilled-out low-key ending – I dig it.