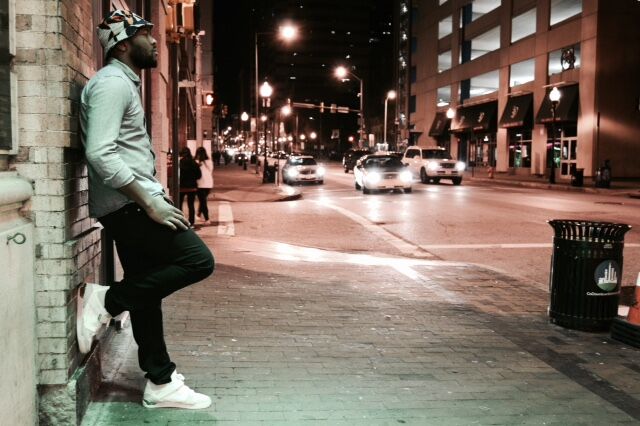 Been pretty fortunate lately to have been revealing some pretty killer & innovative hip-hop as of late; mind you…some of it’s been spent behind the scenes in a few video-interviews…but let me tell ya – the wordsmiths are out there right now…and they’re ready to claim their spot at the top of the charts. Case in point – Sheik, aka SK, who has just released the clever & twisty hip-hop-meets-house single “The Breather,” which is stocked-full of creative technique and dynamic-sounds that should appeal to any set of earholes.

‘The Cypher’…that’s the buzz-word at the moment so I figure I may as well use it. For those that don’t know…it generally refers to an artist that is right in the moment and flowin’ through their verse like they’re gliding down the streets in a ’64 Impala. More often than not…you’ll find it’s also a term thrown around in a freestyle environment…with one emcee taking the beat on right off the top of their dome and spitting out rhymes quickly and with clever word-choice. Those that own ‘The Cypher’ do it all with a real sense of confidence…real swagger, real style…a hunger and aggression and passion for the game that can’t be taught – but you can sure as hell hear it.

The beginning of “The Breather” sounds like Sheik is right in the center of ‘The Cypher’ and taking the pulse & swell of the music on full-force with all the passion & art-of-the-craft you can handle. He bends these words to his will through the slow, chilled-out jam in the music…with his attitude in charge – there’s just as much merit to the improv-sounds, of grunts & uhs in how he delivers his vocals – guy has style-for-miles on the m-i-c. I dig the tone, I dig the pacing…I dig the words and I certainly dig the confident way that Sheik has put the rhymes into this subtly-complex rhythm & groove.

After running through a solid set of verses that are entertaining in that same way that Kendrick Lamar can thrill you with the way that he phrases his words – Sheik makes it perfectly clear he has every right to be here with a strong set of verbal-skills leading the way through the first half of “The Breather.” Whether he puts in the lyrics with quickness, or more stylistically…he’s doing it all with intense professional-precision and a genuinely entertaining vibe. As the beat continues to rise and build just past the two-minute mark, it drops out altogether for a moment so that Sheik can apologize for ‘the stains, bitch’ – he’s nothing if not polite right?

Bringing it all back with a stronger club-energy to the track, Sheik lets the hooks really work their magic on ya. With an increase in the electro-elements, samples, edits and back-up vocals taking the final-third of the track over completely… hip-hop shifts towards the house-music sound and really soars off into an electro-induced, mid-tempo, jazzed-out sound. Hard not to quickly get lost in this one…it’s like it has three main chapters and it really captivates strongly throughout each part. Sheik has slickly combined all three of these pieces into one brilliantly cohesive track that really changes from where it starts to where it ends – and every moment of the flow from part to part demonstrates skill, talent and a real ear for music that understands how to put the entertainment into a slow-jam. Everything about “The Breather” chills and grooves with maximum-strength, solid production and flawless delivery – Sheik is one hell of an exciting and innovative artist; using humour, using street-smarts, using slang and using pretty much every other damn word he can find – I’m absolutely looking forward to more from SK.