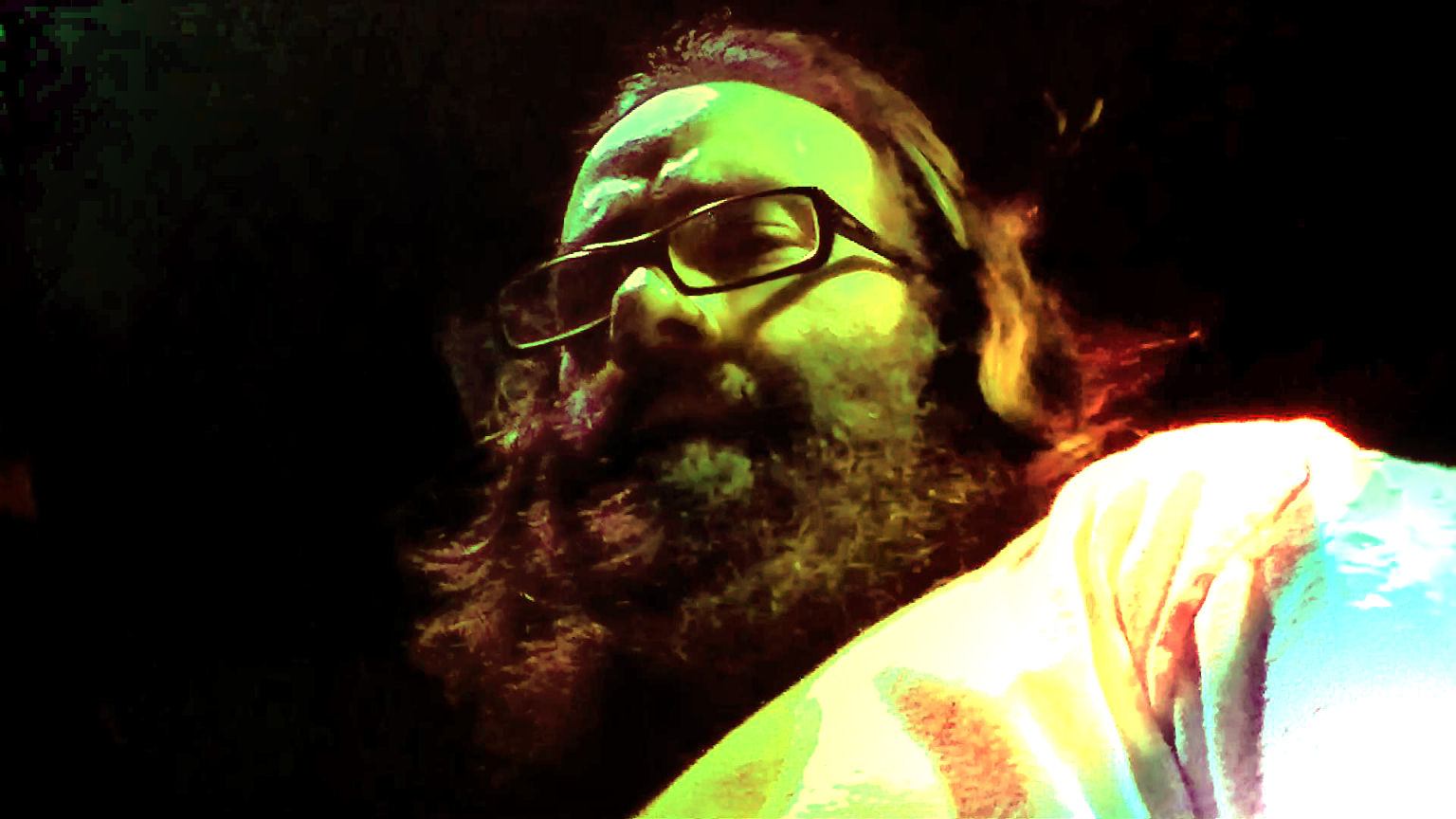 This year has turned out to be one full of highlight achievements for independent music and certainly for us all here at sleepingbagstudios…which as many of you out there know has been only myself and my most excellent web-designer for some time now.

And that has finally changed, along with a great many things and eventually giving birth to new ideas and new opportunities now created to help us serve the independents in even more exciting ways. It is with great pride that I introduce to you all – Ryan @ SBS – a stand-up guy that has always been like a brother to me from the first day we met years ago.

Not only has this guy made me laugh on a consistent basis through some incredible storytelling abilities, he really is a talented guy – and perhaps one of the most humble people you’ll ever meet. You know – like I used to be, back when I was cool. In the background here at SBS for the past while now he’s been learning new skills and bringing a ton of his own wicked ideas into the mix to reveal a very funny and extremely creative mind that is as captivated by the magic of music as my own. Couldn’t be happier to have him aboard officially – you can see his official mug located at its new home with the other two of us buggers at the bottom of homepage.

Anyone that’s been missing the regular communication I used to be able to put into my e-mails & messages & posts etc.; when they all come back to full-strength it’ll be Ryan you can truly thank for that. It’s been a long time since I felt like I’ve had someone I can rely on here, and eventually after I finally pass on the entire workload to him and stroll around on the beach in my housecoat while he ghostwrites everything for me…well…hmm…maybe I’ll not let him know about all that just yet…

But it will be leading to the development and formation of a brand-new podcast from us both, right here from sleepingbagstudios HQ. And I honestly couldn’t BE more excited about it at this point – the ideas we’ve been bouncing around already are going to allow us to take this to a whole place we haven’t been before and entirely new areas in this second exploration of podcasting. We’ll tackle everything from mainstream music to independent music and in addition to artist/band interviews and of course be featuring independent songs we’ve discovered from all over our travels and experiences here. There are also rumours already forming of additional show-segments and ‘bits,’ if you will…but the real focus is honestly fun. Not saying that professionalism is entirely out of the question…it’s just not the main priority…we’ve got genuine attitudes and ideas that we’re looking forward to putting on display.

Hmmm…apologies to The Blackmail Seduction…been working on their video for forever it feels like and they’ve been as patient as possible during its creation. Apologies also to Treehouse!, The Danbury Lie and Erica Sunshine Lee – all whose music I’ve been holding onto but never seem to get a second to review it amongst all the mayhem here. They’re coming I swear…one day!

We’ll be booting up some incredible recording sessions coming up here at the studio. As many of you have read I was able to be a guest-judge on a panel for the local Fraser Valley’s battle of the bands that took place at UFV put on by their campus radio-station CIVL. Not only was it an incredibly unique experience – there was a ton of talent on display and as sponsors of the event itself, we ended up scoring some wicked bands to come and record here. Pest Synapse is all set to record some songs at the month’s end and we’ve got Western Jaguar on the books for July already. Both insanely different styles, Pest Synapse took home third place in the event with their massive sound and explosive grindcore music and Western Jaguar triumphed in the overall event with a first-place finish for their pop-rock/indie sound. Stoked to be able to work with both, no doubt! Still waiting to hear from Brennan Sinclair who finished in second-place and we’re also very excited to have him come through one day; again, the amount of talent in the room was impressive at the battle of the bands and couldn’t have been more honoured to have been a part of the whole thang. I dig those dudes at CIVL and UFV – thanks again! 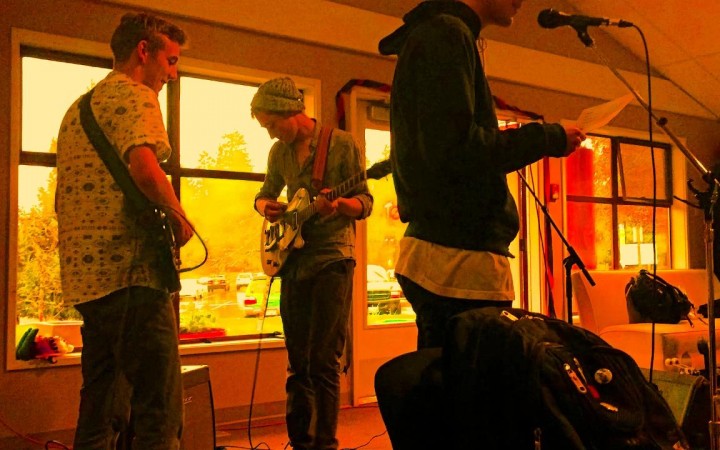 I took a time-out the other day on Thursday night to talk to a solo-artist that has truly become a great friend and fantastic person to know – Michael Blu. Over FaceTime we connected and had what became nearly a 90 minute talk! I feel so bad for the guy for having to put up with me for that long lol…time flew by and it wasn’t until I looked at the recording length that I realized how long I kept him on the line. That being said…I like to think we were both on that line as long as we were because it was in fact, just a great time talking between genuine people that have real passion for music. Really enjoyed listening to the history and the story of Michael’s life…the people in his life that have inspired him along the way and his devotion to his wife Francesca & his two children. Bah…enjoyed doesn’t cover it…if I wasn’t running out of battery power I probably could have talked to him for the next four hours without blinking an eye. We’ll be finding a way to feature this as we develop the show…and of course in the meantime we’ll be hunting for more people to interview in these methods as we get material ready to release on the regular. For now – check out the review we did recently on Michael Blu’s second album Mr. Spaceman here at this link.

SBS Live This Week of course will continue on throughout the year. As usual there are a bunch of video-interviews out there floating around…I send them out but I never know really who will go through with the assignment or not…so that’s always a mystery of course. But there are several out and about the online world, you never know when the next one will pop up. In the meantime we’ve got the grunge rock of Lung Flower about to hit the screen in our next episodes to come out, we’ve talked with West My Friend as well & we’re prepping that episode, and we’ve got local band Fu Kon Riots coming by in June. Tomorrow I’ll be interviewing a local music-madman like myself…Rod Matheson of the Everyday Music TV project and pick his brain about what’s going on in his life now that the 1000 days of posting unique live music from right here in BC is over and where it all goes from here. There is also the bizarre possibility that in a future episode yet-to-be-made…that you’ll even be seeing the tables-turned and yours truly that types all these word-things out might be answering a few questions for once instead of asking them. Could it be?

Lots of positivity in sight this year as we continue marching on – thanks for sticking with us…always.