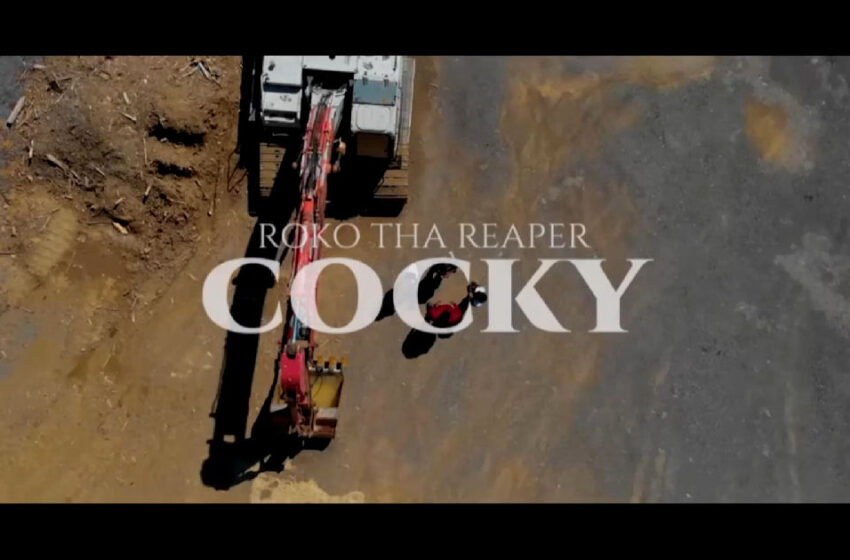 Roko Tha Reaper Is Dominating The Rap Game In 2022 Just Like You Knew He Would – “Cocky” Is Out!

Born with a genuine gift to say exactly what he wants to say, exactly how he wants to say it, Rap artist Roko Tha Reaper has been destined & determined to change the game from day one, and that’s exactly what he’s been doin’ from the very moment he officially stepped to the mic as a verifiable wordsmith.

Building a legacy on the strength of bulletproof bars and beats designed to shake the walls, every move he’s made with his professional career has shown extraordinary growth in his craft & true dedication to the art of the rhyme that is entirely second to none.  Coming straight off the viral heat generated by his series of wildly successful videos released last year, including “Karma,” “The Change Up,” and “All Well” – Roko Tha Reaper returns with a statement cut in his catalog to make his mark in 2022, with “Cocky.”

Going straight-up cinematic with the wild visuals for the video shot by Who Shot Jimmie, and sounding larger than listeners have ever heard him before with the vibe expertly produced by Ohhh Boy – Roko Tha Reaper is surging straight to the top with “Cocky” from the playlists to the charts this year.  Armed with next-level personality, verbal swagger, and serious finesse – Roko Tha Reaper has set himself up to take over 2022 with his X-factor on-point, and cuts that can’t help but make a highly memorable impact.

Pulling no punches, sparing no quarter, and holding absolutely nothing back as he crushes this year with superior sound that flexes supreme skill from the lefts to the rights, from the speakers to the screen – “Cocky” is available on every major music platform online now, and fully guaranteed to blow your mind.