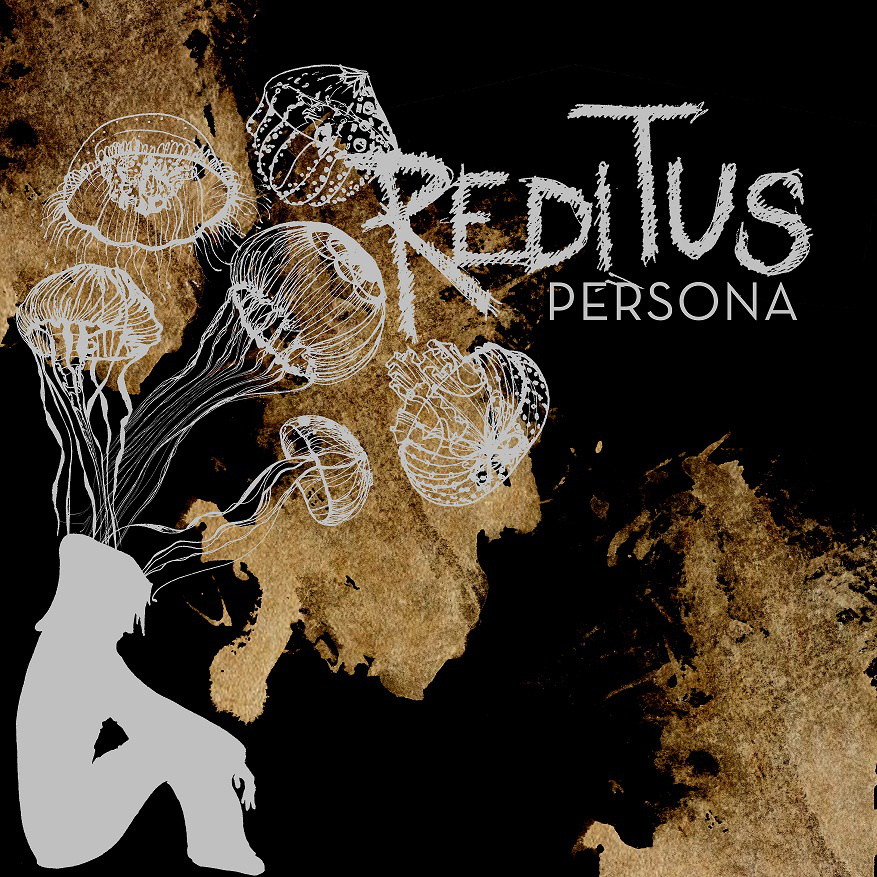 I take a great pride in the connection I have with music and the ability to express it in words. In general, I’d say it’s an impossible task – so to get it anywhere even close to half-right is like an extraordinary accomplishment or stroke of luck each and every time. But I’ll take it however it comes…it’s not always an easy thing to hit the nail on the head…sometimes it really helps when someone actually holds the nail out for you before you start to pound away – and that’s exactly what happened for me today when about to start into the Persona EP review for the band Reditus. I don’t often take lines straight off of the social-media pages…it’s supposed to be my job to find the unique word-combinations/comparisons to help you understand the music through text as best that can be done; but in this particular instance…whomever wrote up the short bio on Reditus needs a massive high-five – they hit the nail directly on the head describing the music to be like:

“If Spoon, The Black Keys and Nine Inch Nails had a lovechild, it would probably sound something like Reditus.”

Once you start to listen, and “Automne Le Frere” kicks-in, you’ll realize that I couldn’t have put it any better myself. Maybe…if anything else…I might have added in Faith No More…which to me is what I hear the most upon the arrival of Reditus into my earholes on this first track. It’s an easy thing to forgive…if the result of Spoon, The Black Keys and Nine Inch Nails was Faith No More than we also found a way to travel through time as that band preceded all three of the others – but is it pure coincidence that the vocals from Reditus come from Mike Patterson? That name is, as many know, a stone’s throw away from Mike Patton, singer of Faith No More and all-around-hero of MUSIC. So…just saying…I might need to see a birth certificate in order to be able to presume anything other than this is a very clever nod towards one of ‘Patterson’s’ heroes and a hint at his influences, that’s all I’m saying…

Persona itself was only released four days ago…and let me tell ya…this is an EP that should raise your interest/eyebrows all at the same time…this is a style/sound for RIGHT NOW. Nothing feels contrived or forced…these unique sounds all find their own flavour and really burst out brightly from the speakers whether they’re in a darker or lighter atmosphere. The sparkling-mix makes itself known immediately on “Automne Le Frere” and Reditus is taking off immediately with remarkable mood, atmosphere and energy right from the drop on Persona. All I can really take away from my online research at this time is that Reditus is like, BRAND-NEW…the main website itself isn’t even up at the time of this review…they’re gonna wanna fix that right quick as this music of theirs certainly has a lot to offer! But aside from the aforementioned Mike Patterson leading the way with his dynamic vocals, there’s little else to be known aside from Noisy Lingus engineering the music and John Keith as the multi-instrumentalist of the band.

So…I…uh…ummmmmmm….hmmm…wait a second here… Does that mean that John is responsible for all these incredible sounds that immediately find their way to the sickest of grooves in “For A New Way” and all the rest of these fantastic songs? Because…well…DAMN! If that’s the case, this guy has one of the sickest minds working in music today with an unbelievable sense of composition, style and arrangement in sound! The bass-line itself in “For A New Way” should sell you completely; if not, the dangerous-sounding “Myopia” should do it – they’re completely different in every possible ways but cover the map so entirely between the two songs that it gives you a real impression of ‘there’s something here for everybody.’ I think there is definitely a LOT for you here on Persona…I also think “Myopia” is a real view into a stunning collection of off-kilter ideas that come together so perfectly that it’s actually kinda mind-blowing really. Yeah…thinking about that bio now…I’m gonna stick with my assessment and say the comparisons to Faith No More are completely on the money…”Myopia” is the third song in a row to leave me with that impression. But let’s also face facts – up until maybe two or three months ago, saying that you sound like Faith No More might have not had as much resonance as it does right now in their resurgence…and citing bands like Spoon, The Black Keys and Nine Inch Nails is definitely a way to pique the interest of the masses, whereas Faith No More will be forever niche.

“The Session” if any on this EP was a little more accessible, but perhaps in a way that didn’t strike as much of a chord with me personally. I can hear that this song might be much more of an immediate hit with those listening looking for the easy hook to pull them in…but overall I thought there was more meat on the bone of the three songs played previously and the two to follow as well. Reditus takes a turn into straight-up genius with “The Wicked Ones” – it’s like the nightmare-lullaby above an empty-crib as it begins…but MAN, the strings, the drums, the vocals and the way everything comes together in the middle of this short tune made it one of the most memorable moments on the Persona EP…and perhaps inside of this year for me. “The Wicked Ones” is a completely incredible piece of music, fully-realized through all its contributors from performance to production. At barely over two-minutes long…you’d almost wonder if they might have considered leaving it behind, or putting it onto a separate EP…and I’m so glad they didn’t…cause I have it now…and that’s all that matters to me at the moment…I could take in a twenty-minute remix of this song quite happily.

“The Wicked Ones” also marks the end of our time with Mike Patterson; the final song “Tiny Relics” takes us into all-instrumental, subtle-electro territory. To be truthful…I don’t know if this worked as an ending for me…I like “Tiny Relics” – in fact I like everything about it – but I just don’t know if this particular cut left me wanting more like “The Wicked Ones” had done for me. It might just be me, but I think the switch in the order of those final two songs might have paid off for Reditus in the long run. As atmospheric, creepy, dark and mysterious as “Tiny Relics” is…its inclusion on Persona at all might have been one massive hot-button debate for me, were I to be in this band. I’ve tried to figure out where might have been the best place for this shiny subtle-electro entity…but I’m not so sure that place was on this particular EP…again, could just be me.

Regardless, there isn’t a song on Persona that didn’t find its way to victory for me – I thought they all stood out in their own way and really put out a unique atmosphere/mood/energy upon each song, leaving me with a strong impression that Reditus could be quite capable of heading in any direction over the years to come. They’ve got a very exciting & captivating magic that really pulls you in to listen, track after track, time after time; and one thing is certain – I’ll always be looking forward to hearing what comes out next from Reditus, there’s a massive amount of imagination and creativity in their music.