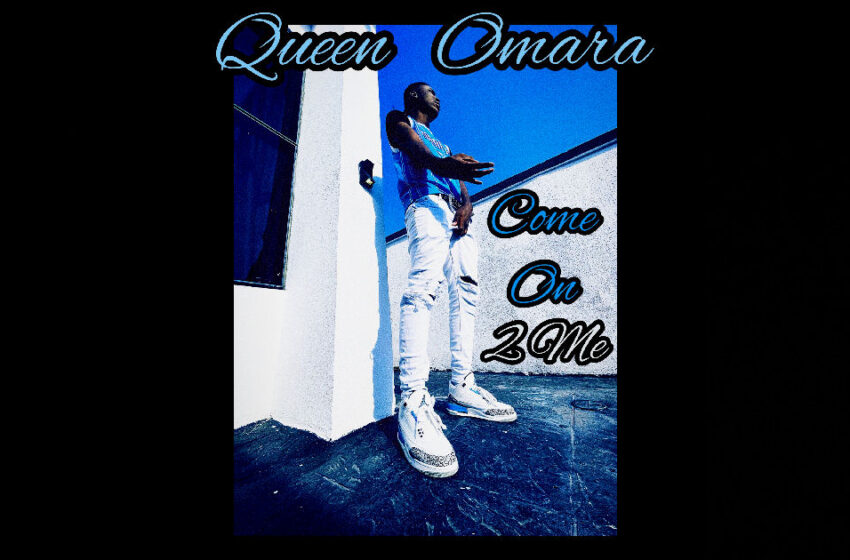 The Queen is in the building y’all!

Or at the very least, she’s been on my playlist this week, and I’ve been learning all I can about this young mogul of the m-i-c.  From what I can tell online in the world according to the internet, it looks like she’s been making major moves over the course of these past three years…you can see records like Organized Chaos released back in 2020, and about a million singles that she’s dropped on ya since then…I dig the work ethic as much as the vibe!  It’s clear she’s putting everything she’s got into everything she’s doin’ – including these two cuts I’ve got right here, “Come On 2 Me” & “Kno Who I Am,” which have essentially been created DIY with Queen Omara handling her business, mixing, mastering, producing & performing.

The only REAL question, is which of these two cuts do I like more?  At the end of the day, I think the Queen has got the right direction, sound, and style…she don’t need ME to tell her that everything is workin’ out when everyone can clearly hear that in the music she’s makin.’  That being said, of course, I’m happy to provide ya with further confirmation.  And I mean…if you’re askin’ – I’m probably a bit more partial towards “Kno Who I Am” – but we’re talkin’ by a mere fraction over “Come On 2 Me” – both these tracks are solid, and Queen Omara demonstrates skills in all areas of her career, from what we hear in the songs performance-wise, to all the effort she’s made in behind the scenes on the studio boards as well.  Essentially, if there’s something she should change about either of these songs, I’m not sure I’m hearing it – both “Come On 2 Me” & “Kno Who I Am” sound like everything’s in the right place.

I mean…ultimately, it’s better than I’m describing to ya…especially considering how early on it would be into the Queen’s career theoretically, you feel me?  The way she’s got the sound of the melody and percussion moving through your speakers on “Come On 2 Me” and the smart way she’s got her vocals layered so well…like…it’s full audio proof that she’s got a gift for the game and a real ear for sound y’all.  Again…it goes beyond this though…listen to the way she’s got the hooks workin’ with her rhythm & flow – in my opinion, that alone is worth the price of admission on “Come On 2 Me” – everything else I’ve cited is merely more confirmation of the talent Queen Omara possesses.  She was born to make music – not only can you hear it, but you can visibly SEE it with all the songs that she’s released over the past three years.  The interest is there, the dedication is there, the commitment is there, and the talent is as well – trust me when I tell ya folks, that’s the real recipe for success right there.  The Queen is probably out-workin’ and out-hustlin’ the vast majority of the music-scene at an astounding rate most would be embarrassed to admit to…but think about it for a moment you music-makers out there…how many cuts have you put out into the world in the past three years?  By my count, Queen Omara’s somewhere in the mid-twenties already, and this year ain’t even over yet…so if you’ve got less than that, or quite likely CONSIDERABLY less than that…then move out the way, because this fine lady is taking over.  “Come On 2 Me” is a sample of the sensual sound she’s capable of creating, the addictive hooks she’s writing, and the high-level of production she’s mixin’ her music with…I’m tellin’ ya – she’s got what it takes, 100%. 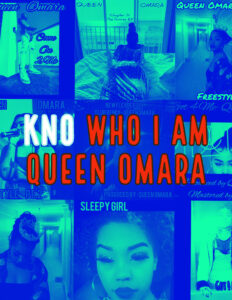 What I think gives “Kno Who I Am” the slight edge, at least for me, is the resounding confidence she’s hittin’ the bars with.  Ultimately, I think I’d probably argue that “Come On 2 Me” might even be a bit more accessible on a universal level and appealing to a wider audience – BUT…I think for my money, “Kno Who I Am” really puts her personality on display, and verbally tells you what’s setting her apart from the rest of who’s out there.  If anything…I mean…she’s got more room to add a bit of length, if she chooses to…I don’t see anyone out there complaining about a lil’ more Queen Omara on their playlists.  Right now, she’s got her cuts laid out at less than three minutes…to her credit, there’s not a second’s worth of dead space, but arguably, she’s still got some room to experiment and add a bit more in too.  Anyhow…that’s hardly any kind of complaint.  Like she’ll tell ya herself on “Kno Who I Am” – she knows who she is!  It’s refreshing to hear this kind of justified confidence without it sounding simply like an ego getting in the way, you follow me?  Queen Omara has got the right to holler about who she is as an artist and rap about what she’s capable of…as far as I can hear, and as far as I can see, she’s earned it.  She’s got the rhythm in her words, she’s got true grit with her determination, and she’s got hooks beamin’ from the lefts to the rights in what she’s creating…as far as I’m concerned, she’s got nothing but green lights ahead of her and a bright future ahead…she’ll be an asset to the industry in whatever way she chooses to be involved in it.

Find out more about Queen Omara from her official page at Facebook:  https://www.facebook.com/QueenOmaraofficial

Tags: Come On 2 Me Kno Who I Am Queen Omara Singles