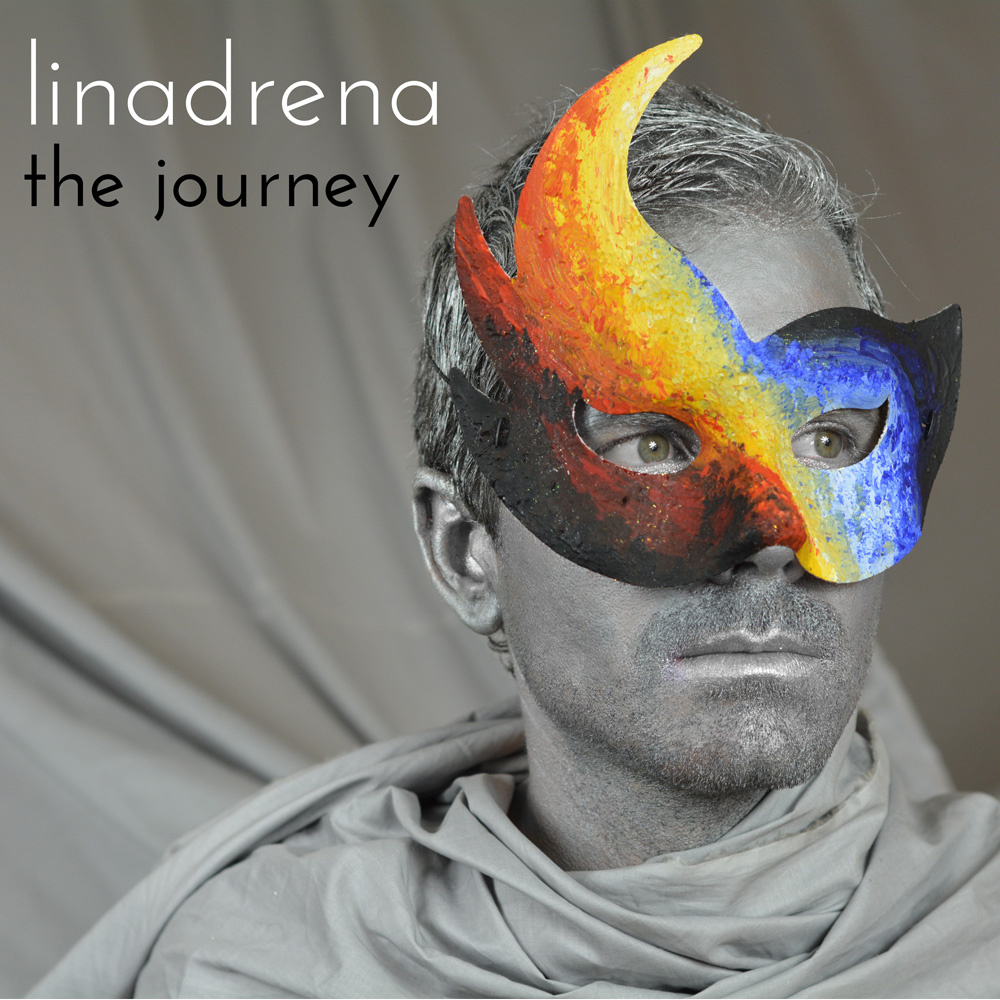 There are a lot of things to like about what Linadrena is up to. For instance, you can start with the fact that nothing you’ll hear on the new album, The Journey, will fit into any kind of particular format…these are nearly soundscapes in many ways, with real movement that flows as beautifully and crystalline as water bending through the cracks in the earth towards a natural spring. I’ve always appreciated something just a little bit ‘off the beaten path’ to say the least, and right now that request is being completely satisfied by the inventive textures and truly well thought out music of Linadrena.

Coming to us all the way from Sydney, Australia; I’ll be the first to admit I hadn’t known about the work of Linadrena to this point when I had started to listen and write this review. What I can tell you, is that within less than a minute’s time into the opening/title-track “The Journey,” I knew that I had found something I was going to love for sure. For a track less than three minutes long, this electro-infused, slow-pulsing track accomplishes a ton in a tiny space of time and should serve almost as an appetizer to whet your appetite for what comes next.

First of all…understand that we’re dealing with both a composer AND a visual artist here…and when I’m listening to an act that has proclaimed themselves to be such, I can only close my eyes and imagine where that music might go…what it might look like in a physical representation. Something bright and nearly playful like “Equilibrist” bursts with bright color in audio-form, whereas the next track to me, “Turbulence,” nearly sounded like an adventure into the desert somehow… Regardless of where the music might take you, it’d be impossible not to acknowledge this gift for atmosphere; what Linadrena is pulling off here is completely engaging.

Truly…one can only imagine what might go with this music. When “Dizziness” started, I began to wonder just what kind of ‘visual-artist’ Linadrena IS, because that term can lead to a great many avenues…and it’s a little unclear to me as to what of these possibilities Linadrena has chosen, but it did lead me to other pretty cool info. For instance, a lot of these songs come from more than a decade spent in Paris, France, the place Linadrena had once called home…where the music began in 2006. Now taking back the long-held desire to pursue art through music, Linadrena has refined and revamped some of the first tunes being worked on, and filled in the blanks with new material and exciting sounds.

One of the best aspects about The Journey, is that you’d never be able to tell which is which. Linadrena has managed to update each and every idea so that it comes into cohesion with the rest, resulting in a smooth listen through both sound and production. “Remember Einstein’s Definition Of Insanity,” captures some intensely beautiful emotions here in audio. With innovation you’d find in the instrumentation of a band like Tortoise; Linadrena has managed to create sounds as encapsulating and all-encompassing with just a single core member.

The beat in “The Variables” certainly can’t be denied…that’s one thing I know for sure! I love the way this track comes together and dynamically this one has it all…a ton of challenging sounds all driving into each other at different spaces throughout the track really made this song have a life of its own. There’s even a short, but absolutely BRILLIANT electro-jazz part within the final minutes that is played so incredibly well that you can take this to anyone’s house that believes electronic music can’t possess raw & real emotions…and stuff this song right into their ears.

This is definitely an album that gains in strength as it plays. More dramatic…perhaps a little melancholy or slightly moody….”Tiny Boat And The Storm” is a wonderful track and a completely captivating atmosphere created. Overall the dramatics have increased, and some of the more playful tones and aspects of The Journey’s beginning seem to have already found their end. If this is the trade-off…if I’m going to get more songs like “Tiny Boat And The Storm,” or the brilliant cut “Underwater,” then just know that this is a trade I’d make every time. The album’s whole second half truly takes on an incredible new, unique and creatively-brilliant life of its own.

“Climbing The Rock,” had a little bit of a tough opening for me. I found the opening piano notes a little bit pitchy…and maybe a tad too far up in the mix. Perhaps Linadrena did as well; the intro instantly gives way to a very inventive track here and smoothes out all sounds immediately. Possibility of a real guitar solo being laid down here, though it could be more keys or digital replication…in any event, it sound real! With excellent tone and flavour, this last part of the album shows no signs of letting up.

Case in point: “Pick The Colours.” The second-to-last cut on this album is definitely one of the more creative, slightly dark & menacing beats on The Journey. It’s an intense as the following and final track, “Paintings” is emotional, and both provide that needed impact for a memorable experience. “Paintings” was a fantastic ending to this sonic-journey…such a beautifully-subtle beginning ascends to electro-infused joy towards the final moments of this album…

The Journey may have ended here…but I think with the renewed inspiration it seems that Linadrena contains…that ‘journey’ will consist of much more than just this one album.

Check out what Linadrena and this album The Journey are all about at the official page: http://linadrena.com