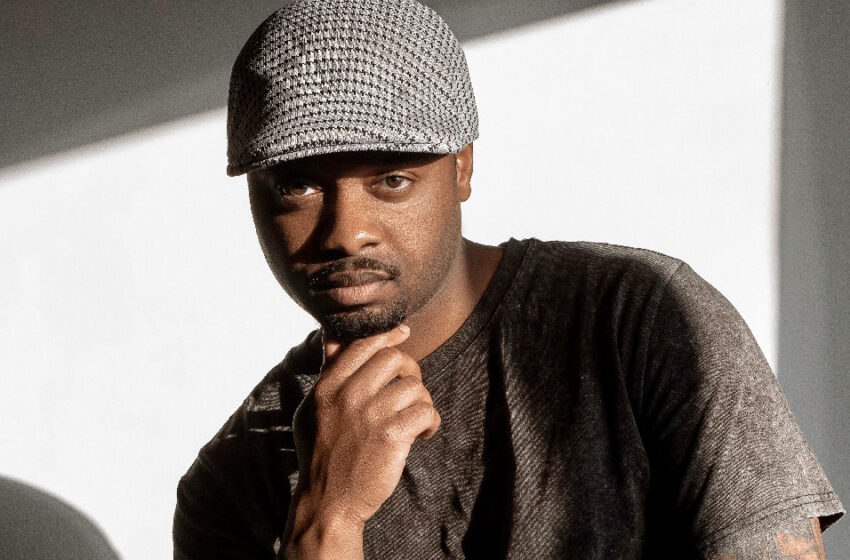 Got one of those double-feature type reviews for ya today…music from La’Monte as a solo artist, and music from his band in A Couple Mondays.  Dude’s got quite the personality, and a strong desire to do what he’s doin’ – that’s crystal clear in both projects he’s rockin’ right now; I got love & respect for that. 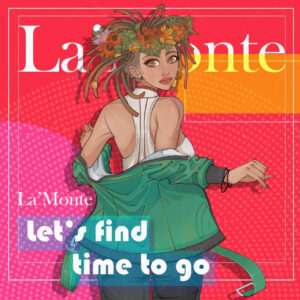 First impressions…I checked out a song from his solo catalog initially…a cut called “Let’s Find Time To Go.”  Creative R&B/Soul – La’Monte obviously has enough of an understanding of the fundamentals of music to know how to go about doing things a little bit differently.  Of course, that can work both for ya and against ya in some ways when it comes to makin’ music, but that’s the cost & benefits of going in a more unique route…those that get it, get it – and they stick with ya…those that don’t, keep movin’ on.  Such is the life of an artist…no apologies need be made, it’s just the way it is.  From what I’ve gathered throughout the years, it’s those loyal fans that make it all worthwhile anyhow…as I like to remind ya on these pages of ours, it’d be impossible to please everyone.  So here’s what I can tell ya…La’Monte, more than anything else…really wants to sing for ya.  Yep, there are other things involved in what he does – but at the very core center of it all, it’s the vocals that seem to matter most from an objective outside opinion.  The dude can sing…there’s no real doubt about that…I think he’s got some considerable room to really throw himself that much more into what he’s singing, but I can get behind the ideas & with a lil’ repetition, had no problem getting into the vibe & sound he’s workin’ with.  Repetition does play a fairly significant role in “Let’s Find Time To Go” – it’s a jazzy cut that’s got really interesting DNA musically – and for his vocals, La’Monte keeps the vocal pattern acting much like an extra layer of instrumentation to serve the melody as the song moves on.  I think the main concern would be that he’s realllllly laidback – to the point where you’d have to wonder how much the people out there listening would have the ability to join him in the excitement of releasing a new single, know what I mean?  There’s professional control, and there’s being really dialed-back…and there’s a very fine line that exists between those two worlds, where nine times outta ten, the audience  of everyday listeners wouldn’t be able to discern the difference.  So I’d advise a little bit of caution there, sure…sometimes you gotta remind a singer that if that’s what you’re gonna do, then step to that microphone with all the passion and purpose you’ve got.  I feel like right now, La’Monte shows us a little, but there’s still some restraint…could be caused by some doubt in his abilities, maybe, maybe-not…I’m the guy willing to be the one to tell someone like this dude to simply go for it.  That red light in the studio comes on & it’s magic time…straight up & simple as that.  Rhythmically speaking, I like what he’s got goin’ on in the ideas for “Let’s Find Time To Go” and how he uses that to his advantage in the hooks…dude’s got great natural timing & pace in the way he structures his vocals & music together, and that remains a constant throughout both his solo tunes & in A Couple Mondays too from what I can tell in this first set of three cuts that have come my way from La’Monte.

Vocally, I felt like his more current solo cut, “Girl” kinda proved the point I was making…and you hear La’Monte go after his moment on the mic at least 10% more…which I felt like was a huge positive and a step in the right direction for sure.  That being said…I don’t know that I could vouch for this particular cut as ‘better’ than “Let’s Find Time To Go” when it comes to what would make us all come back to listen to it…oddly enough, it’s actually where La’Monte mentions there being “time to go” within the chorus of “Girl” that you’ll find the most addictive hooks of this song come into play.  Sometimes it takes that objective, outside opinion to help identify what’s working, and what’s not…and far more often than that, it’s better to get the general consensus from a whole bunch of opinions you can rely on & respect.  As in…I’m just one dude on the internet who’s unafraid to call things as I hear’em…and who am I?  Maybe it matters, maybe it doesn’t…all I can tell ya is what I hear.  When it comes to “Girl” – I like it – I don’t know that it’s necessarily as strong of a tune as a track like “Let’s Find Time To Go” is, but there are things about it that work well.  Musically, it’s still highly unique and anti-typical for a lot of what’s out there today, and of course I dig that…La’Monte’s inventive and innovative, and I appreciate that.  I do feel like there’s potentially a better match to be found music/vocals wise on a tonal level when it comes right down to it…I have my moments in listening to the verses of “Girl” where it kinda of feels like La’Monte’s attempting to force a square peg through a round hole, you follow me?  I’m just sayin’ – he could be making it a bit easier on himself in that regard is all…he’s got the ability to write/find parts that could potentially be in lockstep & harmony that much more…if that’s what he wants to do.  How do I know he’s capable?  C’mon y’all…LISTEN to him hit the chorus of “Girl” for the first time and you’ll know exactly what I mean…you get to that point, and you’re like, La’Monte – do THAT my brother…that’s where the magic is, and it’s completely universal…anyone would hear the hooks of “Girl” and come to the conclusion that this dude has exactly what it takes to really thrive in his craft, on the mic, and in his music.  Again…I’ll be THAT dude that’ll tell you things others just won’t, because that’s my role in life and how I serve the scene best…at 2:28, “Girl” is short to the point where it’s ALMOST detrimental – I feel like La’Monte could really get into the main hooks of this track and take them for a ride so much more than he ends up doing…and in doing so, would quite likely increase our reasons to keep spinning it.  This chorus ain’t just good – it’s freakin’ GREAT…and just about anyone out there that would have written anything close to this, probably would have taken it for a five minute ride.  I’m not sayin’ you gotta go quite so far as that…but I am sayin’ recognize where the magic in a moment really is, and make sure that the audience is getting enough of it, while serving what’s best for the song at the same time.  I also felt like the rapped-out bars of “Girl” worked really well in La’Monte’s favor too…another positive and another potential aspect of his music that he can use to his advantage as he continues on with his solo career from here.  Tons of positives for the man to work with, and tons of reasons to keep going.

Of course, he’s created his own competition for the time he’s got…La’Monte’s got a band as well, called A Couple Mondays…and that’s gonna need at least some of his attention too.  Time’s on short supply y’all…but by that same token, if you wanna be rockin’ around the clock, having both a band and a solo outlet for your music can definitely be an advantage…it’s when they conflict and battle for time that things can be a problem, but if they’re not…nothing but green lights & a whole lotta music can be made.  Where I think things could probably stand to be a bit more objective is in behind the scenes a little…I was told that the solo stuff ain’t associated with the band’s sound…and I’d probably be inclined to tell ya otherwise – the distance between’em ain’t exactly like trying to jump the Springfield Gorge – they’re much more closely related to each other than perhaps being given credit for.  I feel like A Couple Mondays has the advantage of being a bit bolder…more colorful, more realized, more adventurous creatively…at least potentially.  Much like I felt about La’Monte’s solo single “Girl,” I feel the same way towards “25000” by A Couple Mondays, in that the hooks are straight-up brilliant…and we could be taking those for a bit more of a ride than we do…that the balance of power between verses/chorus are a bit uneven in that regard, with one part being significantly more enticing to listen to than the other ends up being.  My suggestion, for what it’s worth…is to deploy the Dave Grohl method here…the one where you write your song, find those hooks of the chorus, make that your verse, and then go write an even better chorus…I think that’s what La’Monte’s looking for in both his solo music and within his band as well.  Because there’s no question about whether the man can or can’t find his way around a hook – he most certainly can…when you get into the rhythm & flow…the straight-up GROOVE he locks into on “25000” – it’s something we can genuinely FEEL…and that’s the level he’s gotta unlock consistently.  On a creative level, all the right pieces are there…something like “25000” could easily go on to become a cut that would resemble something like we used to hear in N.E.R.D. ,or Digable Planets from back in the day…innovative rhythm & soul, courageously adventurous music…that kind of combo.  Dig the boombox wall in the official video, that much I can tell ya without an ounce of hesitation…that looks supremely cool – what a place to make music & create in!  Make no mistake though…the main hooks of “25000” are beyond addictive, and probably the most potent I’ve found in this particular experience of listening to La’Monte’s tunes either solo or in his band so far…definitely what I’d be taking a long look at and using as the blueprint to illuminate the pathway forward from here.  Dude’s got a lot of great things to work with…from the outright desire he has to make music, to the creativity he employs when making it & the drive he has to be doing things differently…all these things stack up over time & experience.  I highly suspect that allowing these projects of La’Monte to continue to roam creatively and test the waters in terms of what can be done within them, will certainly pay off in the end, and likely be one of the most satisfying artistic endeavors the man will have created for himself throughout the years to follow, while building an authentic legacy of sound that he can proudly call his own at the same time.

Find out more about La’Monte & everything he’s up to from this multi-link:  https://linktr.ee/Lamnt247 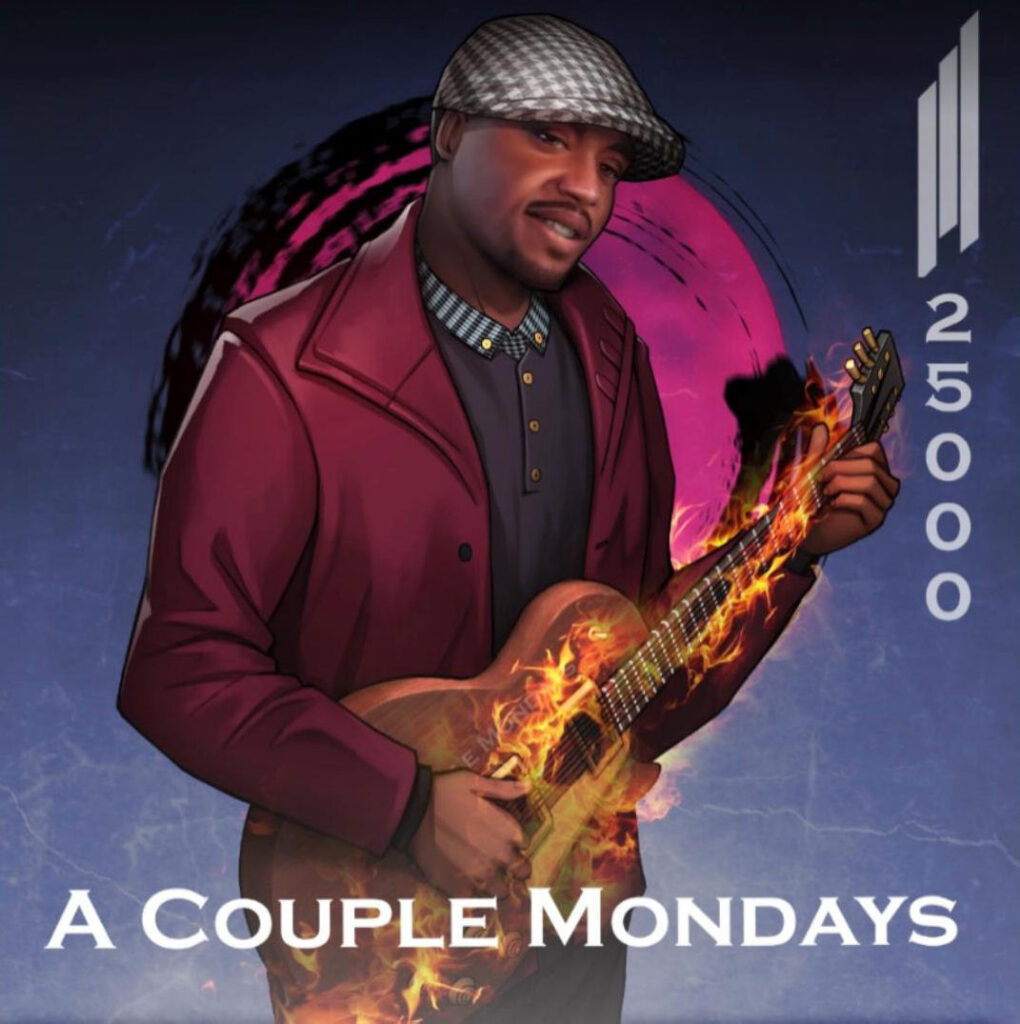