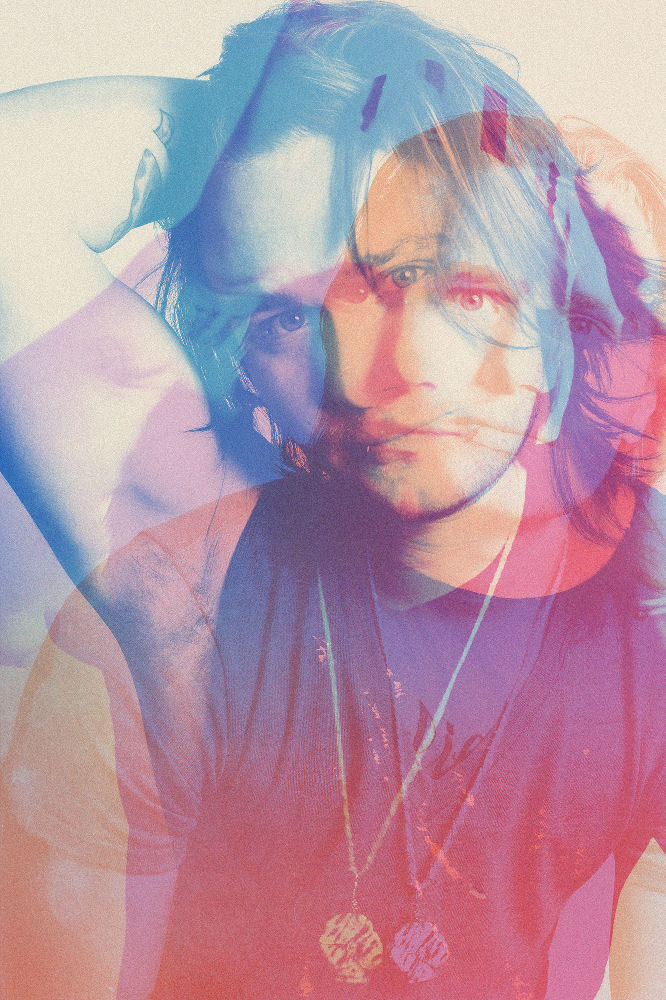 I’m positive that other music-reviewers like myself must go through similar moments.  For those of us that are continuously listening to tunes day & night…not gonna lie to you…even as much as I personally enjoy it, after the years start to pass, sometimes you just want to take a break and either go to bed or watch a movie or seven, and let the eyes do the work instead of the ears for at least a couple hours.  I have this endless curiosity however…and it always seems to get the better of me…I’m constantly checking out what’s coming up next on my playlist…and it’s because of that, I get into situations like this one with Kozie.  You see…Kozie doesn’t know I was thinking of potentially calling it a day and just about to zone into what would probably become a whole mess of YouTube videos or maybe taking a nap…he just releases stunning music into the world, regardless of what your own needs are for personal time or what your sleep-schedule might be like!  Can you believe the nerve of this guy?

Because I’ll tell you right now…it’s songs like “Fly” and “Life’s A Bitch” that keep me here, listening, writing and fully-awake – willingly & enthusiastically I might add.

Essentially, I suppose what I’m saying is…you show me a person that feels like they can just go to bed hearing “Fly” for the first time and I’ll show you a liar.  THIS is the kind of enticing beginning to a song that makes you completely want to stay engaged for the rest from the very moment it starts.  Massively impressed with the production and mix on this tune…”Fly” immediately sounds bold, bright & beautiful in the writing, execution and overall atmosphere, thick and rich with plenty of subtle, chill-electro elements filling the scope of the sound gorgeously.  Kozie has seriously put together a sweet track to listen to with “Fly” – the vocals of this song fit immaculately well with their balance of empowered tones and the fragility & humble questioning of the lyrics.  For all of its three & a half minutes of length, Kozie’s latest single soars and glides dreamily along…everything you hear is so incredibly welcoming and inviting to listen to, you have to admire the gemlike quality of writing and high-level of execution in the production and performance to bring out the best in the melody of this song.  “Fly” has Kozie sounding spectacular from the music to the vocals, the extra set of bars rapped out towards the end are a solid addition…another asset working in favor of this song’s entertainment value.  Gotta say…verse is engaging, guest-appearance on the mic is rhythmic, solid & smooth, all the music is great and vibrantly colorful in its imagination and sound – but I think “Fly” really gets the win for Kozie’s hook in the chorus.  There’s something about the style & approach he has that I feel like is really going to connect with people…especially in that defining moment of magic in the chorus; it’s like smooth electro-pop/R&B with real honest & humble indie heart & spirit fueling its lifeblood, and of course, a dose of Hip-Hop added in.  There’s not a single, solitary pretentious second of “Fly” – it’s wonderfully expressive and sounds so entirely focused and committed that this entire song becomes a real highlight moment and extraordinary first impression.  Like I said…no way I’m going for that nap now…as chilled out as the floating, hazy, dreamy sounds of “Fly” might be – finding incredible new music like what I’m hearing from Kozie right now keeps me plenty wired & awake, much better than coffee does.

That being said, it’s not like this coffee cup beside me isn’t warm…I’m not crazy…of course I’ve got a cup.  And that’s not because I felt like I’d need it for Kozie’s second single – he’s already proven to have all the right instincts, incredible focus and a sound my ears love to hear – and I’m already confident he’ll deliver again in this next cut…it’s just good common sense to have a cup at all times or another pot brewing.  What is life without coffee?  #AskingForAFriend

The contrasting spirit in the lyrics and tone of the music Kozie makes gives his songs real depth that go beyond their shiny pop-electro sound and into impressively expressive & emotionally-filled compositions that are captivating to the ears.  “Life’s A Bitch” is a perfect example; it might go on to list several reasons that “Life’s A Bitch” – but I’ll damned if that chorus doesn’t have you singing along like you don’t have a care in the world!  So there you go…that’s what we’re talking about here…contrast; but it’s exploratory ideas like these that really connect in music…and I think Kozie’s got something solid here once again in this second single.  Excellent, simple-but-effective piano tones fill the atmosphere with the subtle drum beat to match the energy, sentiment & intentions through the verse, leaving plenty of room for a real burst of hope & sunshine in the chorus.  The uplifting approach to the hook in the vocals is definitely the kind of anthem required for the soundtrack to our daily lives…coming out of the office after having a harsh Monday and rough start to the week, throwing on “Life’s A Bitch” would have you singing those blues away in no time at all.  There’s definitely something here in Kozie’s writing…the real magic of a gifted songwriter seems to reveal itself at every turn, twist and transition of his music…and in my opinion, the focus that’s been put on getting everything RIGHT is astounding.  The results of the effort completely speak for themselves…both of these songs glisten & shine with accessibility and the true passion for the art of music & craft of songwriting.  “Life’s A Bitch” almost has a bit of a light-reggae vibe to its chorus hook going for it as well, adding yet another dimension of the all-inclusive style of Kozie’s music.

I’m very impressed by the quality, equally impressed with the performances, blown away by the focus and overall results…especially given that it looks as if Kozie is making his first moves into the music scene just now through the release of these new singles.  Definitely an amazing place to begin and there’s plenty of room out there for a sound like this in music right now; Kozie’s got a good level of fusion that combines a ton of inviting elements to listen to without ever pinning him down into one style or permanent course for his career.  An extremely bright future on this guy’s horizon – there’s versatility in the ideas and surely within the artist himself – and it’s that flexibility, imagination and determination that’ll have Kozie delivering time & time again.  Mark my words – you can bank on an artist with it all together like this finding the success they’re after.

Make sure to stay tuned to Kozie’s official channel at YouTube here:  https://www.youtube.com/channel/UCiNZLqUycErZ1Z8C4gs3NHA