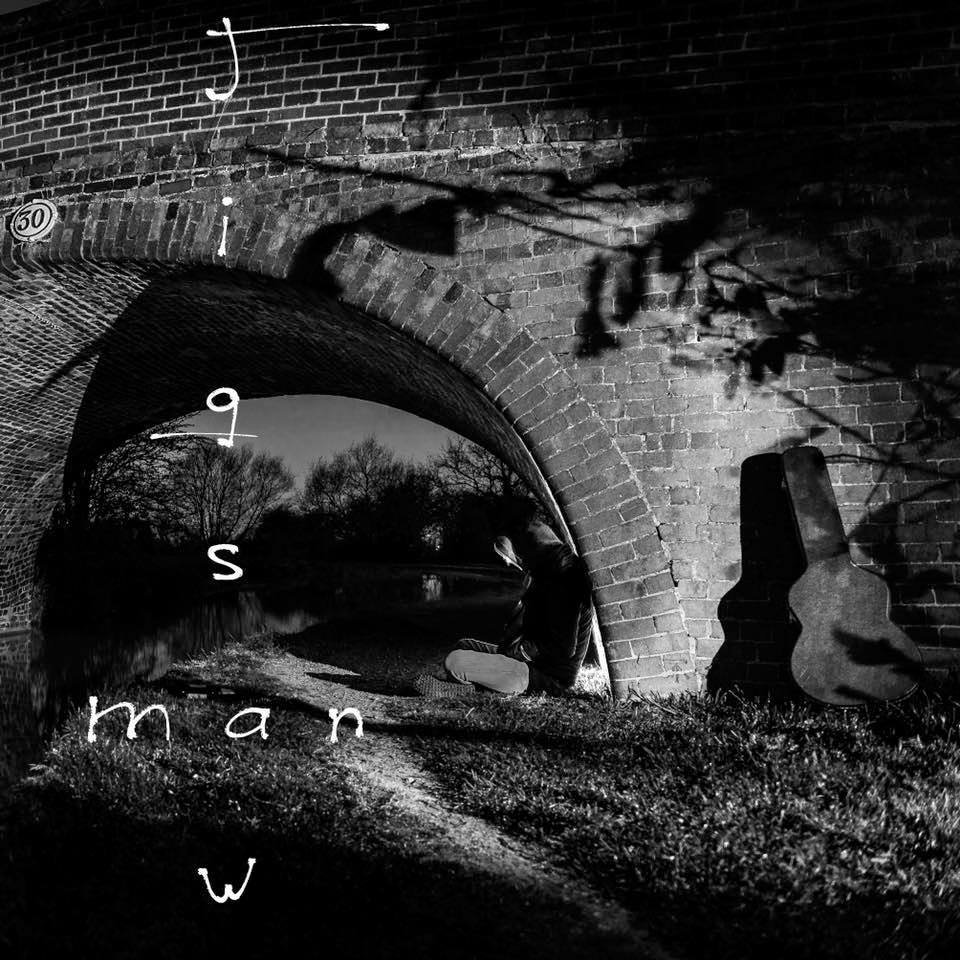 What a seriously cool EP!  I’ve been looking for something with a bit of humbleness and honesty in its sound for what feels like an eternity.  Chances are it hasn’t been as long as I think it has…but I do listen to a lot of music…it is possible it’s been a while since I heard the qualities that I really like to hear in a sincere recording wrapped up so completely and compellingly as they are here on Jigsaw Man’s four cuts that make up his No Home EP.  I can ‘get’ that other people might not be as into this as I would be – but I can’t accept that people wouldn’t really dig this at all.  I think there’s something incredibly cool being started over there in the world of Jigsaw Man…and over the course of the new record, he manages to create entirely different attitudes and atmospheres on every track.  The results, while scattered in sound/ideas…well…in my opinion, this all came out savagely entertaining…and REAL.

Jigsaw Man, aka Steve Faulkner, opened up the No Home EP with what I thought initially was a strange beginning.  I had just finished reading on his Facebook page that “Jigsaw Man writes and performs from the heart” – and then the dank & dark post-grunge rhythms of “Gathering Dust” immediately kicked in.  Now of course, that doesn’t mean it can’t still have been written with heart – I’m just saying…from that write-up, I was initially expecting something that sounded more…pleasant…hmmm…friendly…nope…accessible perhaps?  Maybe that’s it.  ‘Heart’ in music-terms, is often confused with melody that has lighter & brighter atmospheres – even I make that mistake in assuming they go hand-in-hand together all the time.  But I’ll make no such mistake here – I can HEAR the heart Jigsaw Man!  I swear I can!  Even in the storm of intensity that “Gathering Dust” becomes, I can hear that this track has an incredible amount of passion fueling its energy and performance.  Seriously – this is off-the-charts cool – I absolutely freakin’ LOVE the drums that are in this song and the heavy, rhythmic pulse they provide with the guitars & bass.  Awesome ideas in the backing vocals and the lead-vocals seem bent on creating something expressive & unique to listen to – and I certainly dig that.  The guitar-solo is truly rad…short, but rad all the same; it provides a quick break in the relentless intensity that Jigsaw Man is creating on “Gathering Dust” before he comes back with even more presence & power, delivering the strongest part of a highlight performance right at the end.  Somewhere in between the early sounds of Soundgarden and Days Of The New, a song like “Gathering Dust” exists…I know a lot of grungers out there that would really dig this first impression.

Hmmm.  When you look at the list on Spotify…I might have an early copy of the EP…my lineup was in a different order – and I like the one I’ve got better, so we’re going with that!  What I was expecting, after reading that “Jigsaw Man writes and performs from the heart,” would have probably sounded a lot more like the second tune, “Out West.”  In just two words:  stunningly gorgeous.  Let me expand on that for ya…it is REALLY stunningly gorgeous!  Isolated, intimate and fragile in its sound, this gentle acoustic melody is an exquisite little tune…I really don’t think there’s anything about this NOT to love.  Between “Out West” and the following track “1000 Apologies” I had a hard time deciding which I truly loved more – but rest assured they are both highlight moments on this EP.  “Out West” starts subtly and stays understated throughout its less-than two-minute span…think something along the lines of something that sounds like bands like The Verve Pipe or Feeder in their stripped-down acoustic songs and you’ve got something that’ll be close to how this tune sparkles and shines.  The music is gorgeous, the vocals and singing drips with sincerity and sweet sentiment…it’s a short but truly captivating song – “Out West” sounds beautiful with its synth-string arrangements gently filling the sound with the acoustic guitar, perfectly placed whistling and hushed tones; it’s a real gem and a moment you can’t help but immediately notice due to the massive departure from the EP’s originally offered sound & first impression.  On this second tune, it’s like we hear Jigsaw Man for the first time all over again in a completely new style…another one that truly works…this guy clearly has a lot to offer the music world out there.  “Out West” has that sincerity and humbleness I’m always searching for in abundance, even for such a short timeframe.  I could listen to this all day long.

“1000 Apologies” might just take the top prize for me out of these four tunes.  As much as I really love both the first two and their completely different sounds/styles – everything about the recording and writing of “1000 Apologies” seems to sound like pure magic to my ears.  The longest cut on the record has Jigsaw Man starting out this track sweetly, slowly and in a melancholy gear as it begins…but as you’d suspect, there’s a ton more in store for you as this song transitions as spectacularly as fireworks bursting in the night sky from cardboard tubes down below.  For the record, I think I honestly love the beginning just as much as I do the ending…but certainly for different reasons.  I love the opening guitar melody and the innocent way that Faulkner sings this song…love the pace, love the emotion and expressive way he sings…love the hint at more to come as it gets closer to the switch.  Then…past the two-minute mark with the beat of a drum, the transition happens and this track explodes into full-bloom with true color and imagination.  Sounding nearly like David Lowery from Cracker or like one of my favorite Canadian bands called Rusty – the end of “1000 Apologies” is powerfully raw…and dammit, it’s fuckin’ perfection.  He hits on a signature Dave Grohl style of singing towards the end as well…from the Foo Fighters’ catalog of expressions where the vocals break beautifully around the 3:15 mark.  Collapsing in the best of ways and crashing into the ending, “1000 Apologies” is ultimately the most transformative tune on the EP from its start to finish…I can’t help but think this tune would be every bit as powerful in translation to your own ears as it is to mine.  Incredible tune.

Which brings us to the end…the final track…”My Dungarees” – which…is STILL cool.  Even those this is much more ‘straight-ahead’ rock, the lyrics are completely solid, funny and perfectly executed.  “My Dungarees” is essentially played with every bit as much heart as Jigsaw Man tends to put into his tunes.  Kind of reminded me of finding something like “They’re Red Hot” at the end of Blood Sugar Sex Magik by the Red Hot Chili Peppers in the sense that there’s damn near nothing serious about this final tune at all with exception to the high-level of focus and execution.  When it comes to subject matter and attitude, this track is out to have a purely good time and deliver a final burst of pure energy into this record…I felt like it certainly achieved the mission.  I’m all about the middle tunes on the No Home EP for the most part in terms of what I personally love to listen to – but I can’t deny that both tunes that bookend this record are equally fantastic in their different styles & sounds.  The vocals on “My Dungarees” are right into it…you gotta love the performance from Jigsaw Man in this final tune – he really does write & play with heart.  Sometimes he just wants to seriously rock the hell right out like he does here in the final moments of the No Home EP…but playing with that promised amount of heart, every time no matter what style or sound you find him creating.

You can find out more about Jigsaw Man at the pages below!