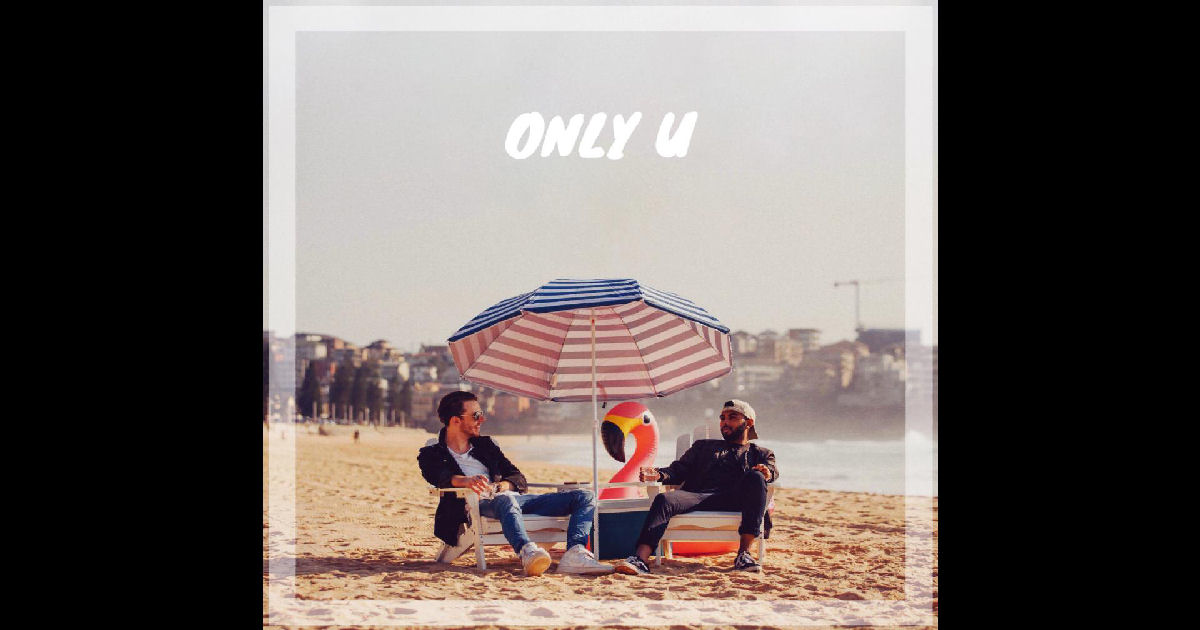 It’s funny…I got to the end of the new video for JDR’s “Only U” and it actually brought another song to my mind.  The second it was done I heard that famous line from “Bohemian Rhapsody” in my head:

“Is this the real life?  Is this just fantasy?”

That’ll all make more sense once you watch the video below.  Get on the same page with me & check this out!

Ahhh – you see?  People can dismiss pop-inspired music as not running deep enough…and at times, I get that…but then you see an idea like this spring to life onscreen and you gotta give credit where credit is due.  JDR has put together a spectacularly-shot video to support their smooth new single “Only U.”  There’s a sly slickness in the way this entire storyline comes together that I think people will really dig.

First of all, the video definitely fits the vibe.  The scenery is gorgeous, beautiful sandy beaches, bluer-than-blue water and bikini-bums in the sun – what more can you ask for right?  You’d swear it was almost too good to be true from the looks of it.  When Derrick Attwood and Joshua Paltoo all of a sudden pop into the video as the electro-entertainment begins, if you’re watching as closely as I was, you’ll probably think the same thing I did:

‘Aren’t these two dudes a little overdressed for the beach?’

Oddly enough, I let it go and just ran with it.  Who am I to judge anyone’s style while they’re struttin’ on the sand over there in Australia – I thought maybe that’s just how JDR rolls & that seemed acceptable.  Besides, once the backup dancers arrive in similar gear, everyone seems to fit right in wearing their jeans on what appears to be a blazing hot-ass day.  I won’t lie…at first it looks strange and somewhat out of place…but like all great stories, the key details aren’t just given away within the first chapter.

“Only U” moves smoothly through its island-electro fusion, displaying many hooks that dance-music fans are sure to be snagged by.  Well produced & perfectly mixed, JDR’s single comes out sounding crystal-clear, combining electro elements and subtle acoustic additions that complement the vibe they’re after.  Vocals are spot-on from both Derrick and Joshua…no complaints there, they sound great.

As the video creeps past the 2:20 mark, I think there’s another subtle clue that’ll fill you in on what’s potentially really happening.  If you pay close attention to the wardrobe…you’ll see it change once again as they hit the club.  Now…it COULD be because they’re in an all-new environment and making a music-video where you see all the details like someone going home to get ready to go out wouldn’t exactly be anything worth watching…but as I think you’ll see later on, there’s a reason those details are left out.  What I really liked about this tiny little switch is just how natural it seems like it would be at that point in the video ANYWAY, which is essentially why we don’t really register this moment as anything other than the main stars in new clothes in a new environment…but I seriously think it was a purposeful move.

The club scenes go right off and the party kicks-in to full gear.  You got dancing, you got limbo, you got drinks and shots and beautiful people all around…again, what more could you want for a song like this?  Love the amount of color used throughout the entire video for JDR’s “Only U” as well…from the beach to the club, everything has really bright, bold & vivid colors…vibrant…almost like a dream you might say…

And just as our heroes look like they’ll safely be bringing home the digits that night, if not fully going home to smash it up, reality sets in and takes the entire video in a whole other direction – literally.  I’m not going to spoil the ending for you or give it all away – watch the video for yourself dammit – but the final twists in the last twenty-five or so seconds of “Only U” make the entire video’s storyline make complete sense…or at least…I think it did?  I personally thought they nailed it…it might be a version of an idea you’ve seen before, but the bottom line is they really did it all very well with a high-level of execution and the big reveal moments in the video make the entire experience worth the adventure.

So there you have it…I feel like Australia’s JDR is on pretty solid ground here.  For those that like their dance-pop rhythms smooth and full of catchy hooks, no reason I can think of you wouldn’t want to turn this up…and for those that like a seriously killer video to go with their music, you’ll want to tune right in.  JDR’s positioned themselves as a double-threat in every aspect, from the way they make their music together as a unit, to the way they’ve balanced out the release of this single with a great video supporting a great tune.  Their genuine personality shines through the attitude of the music and in the way they commit to their performance in the video for “Only U” – they honestly seem like great guys and I have a feeling that their invitational vibe onscreen & in their music is going to pull a lot of people out there in to listen.

Tags: JDR Only U Singles sleepingbagstudios