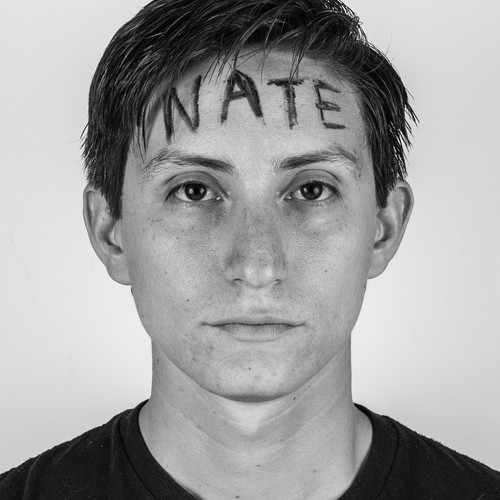 In The Whale – Nate – EP Review

Now this is music that will turn a Monday quickly back into your Friday! With an EP loaded wall-to-wall with in-your-face rock, In The Whale is bound to make a lasting impression on you through the sheer amount of energy they’ve been able to pack into this four-song set. If you’re anything like myself – you celebrated the official retirement announcement of “rock” band Jet and have probably been waiting for anything with some actual authenticity to come along ever since long before they stole off with the crown. If you’re like me, when listening to rock – you’re not looking for that watered down – you want music that TRULY rocks…no bullshit counting-songs, tired-riffs or pretense…actual ROCK. Wait no longer – listen to Nate.

A peek into their social media will drop visible clues as to what you’re in for during this listening. You’ll see they’ve established themselves a new genre even! The “Eargasm” section is where you’ll likely find the music of In The Whale if you’re at your local record shop…just ask if you can’t find the display. But perhaps in the greatest, most fantastic description of a band I’ve ever personally read, existed but one simplistic sentence that summed it all up for me…

Their band description reads: “The Kenny Powers Of Music.”
ANYONE who gets that reference will come to the same immediate conclusion I did; I’m about to go for a fucking WILD ride. And with that, I pushed play…

It was literally eight seconds before you could audibly hear the attitude you’ve now read about contained within the energy of Nate. Through the vocals – you can hear instantly in the opening track “Robert Johnson” that vocalist/guitarist Nate Valdez is going to make sure you have a wicked time listening. This guy is perfect whether screaming, shouting or singing straight-up; this opening track does well to serve up a good mix of his skills and abilities for you to sample instantly.

I brought up Jet for a reason…and no, I’ve never liked them. I’ve always felt like they pulled back somehow…I felt like they became a commodity early, packaged and sold & refined into musical oblivion. It’s not that there wasn’t something there…there certainly was; I just thought they never let it out fully. Listening to In The Whale is what I always imagined they might have sounded like with all the chains off. In that opener, hell – I’d even go as far to say that it nearly has an Elton John-ish melody to it all…but the bottom line is that In The Whale puts the ROCK back into the mix where it should be on “Robert Johnson,” and every tune after progressively. The EP never lets up on the energy – and more importantly for you rock fans – it never lets you down.

“Wedding Bells” has that psychobilly aspect you hear rarely in music and once perfected through the tunes of Reverend Horton Heat. They pull off that sound extremely well before once again exploding into their signature rock. As mentioned, the tracks become increasingly intense throughout the four songs, which truly does make for an exciting listen. “Lake Of Fire” shows this band going full out; Nate once again giving his all through the guitars and vocals – but also a real highlight of the drumming from Eric Riley. Every track has this guy just pounding away with perfectly timed beats that drive the intensity in these tracks.

Closing the Nate EP out with the most intense track of the four – “Grandpa Pete” is nearly more reminiscent of the first EP from DDT in this dark-punk-rock explosion, or perhaps even Idiot Pilot from the late 2000’s. It takes the EP on a departure from the previous three tunes and ends it on a riotously stomping note.

This EP has enough energy to power your entire household and all your electrical needs for a year.

Check them out further at: https://soundcloud.com/in-the-whale you’ll find a ton of great tunes as well as the Nate EP. If you look closely…you’ll notice an excellent cover of “Sliver” by Nirvana. Approved!