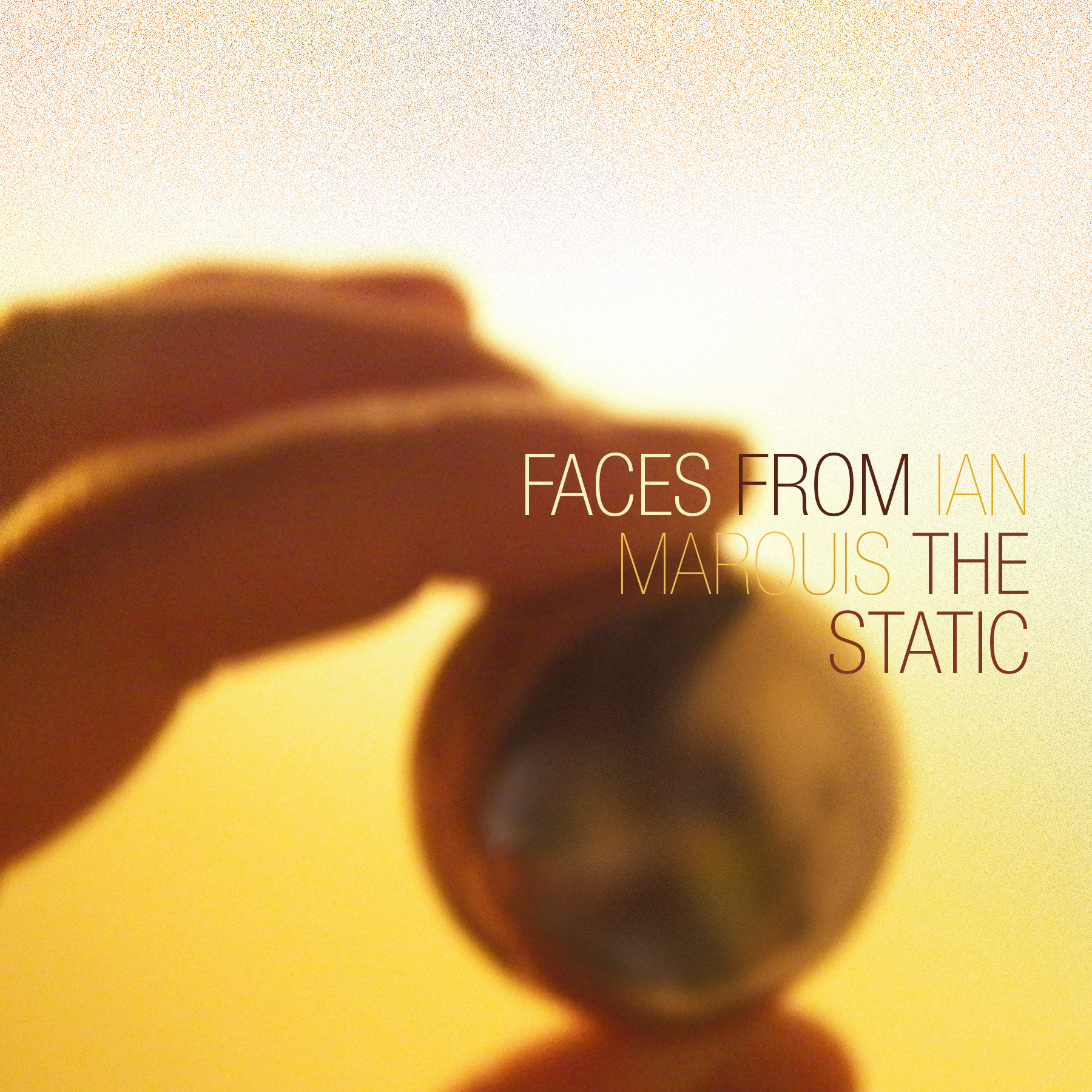 I don’t think I’ve ever wanted some structure to come into the music as badly as I did during the opening moments of Faces From The Static – yes it’s super-early in the morning but c’mon – that was all kinds of confusing! Those prayers are answered quickly once “Hide And Seek” expands to its sonic maximum but quickly into the second track “Help Me Make It To The Night” I realize that Ian isn’t going to go the “normal” route on anything coming up. And thusly – you KNOW I’m interested.

“Help Me Make It To The Night” is a huge song just waiting for radio, and if anyone is curious, hell YES I wish I wrote this one. It’s a wicked song in a kind of Weezer meets The Police composition. Using that choppy but soothing guitar-style that made The Police famous and updating it with a more pop-rock infused sound – this track has heart and excellent hooks.

GOOD LORD IAN MARQUIS – there you go AGAIN! Three songs in, with three intensely different sounds. “Slow Down” is a digital pop-frenzy that shows off some excellent planning and production in the songwriting as well. Call me crazy but the following track “Call Me Crazy” has even more juice in the vibe than “Slow Down” has and that track MOVED! But again – the pop hook in the chorus is something that seems to come quite naturally to Ian, and the switch in “Call Me Crazy” makes that track stand out that 10% more for me in this mini-battle of electronica-influenced pop-rock.

Marquis has game in any arena of music and could fit right in with the electronic or rock crowd. Similar in ways to bands like Big Black Delta and Panic Channel – a track like “Venus Aphasia” supplies good reference to this style as well as an incredible blast of energy, whereas a track like “Paper Hearts/Paper Friends” provides another dose of electro. Ironically, this particular track also reminds me somewhat of the band Faded Paper Figures. Weird!

There’s an art to pop-rock and Ian Marquis is nailing it. The key to great pop is figuring out how to make it LAST. Most pop-rock is very one-dimensional and over time becomes flat upon repeated listens. Marquis has attacked this by adding all kinds of elements in the sound to maintain interest and a fine tune on the production. You can listen again and again and there will be something new to listen to each time.

“Heisenberg, Revisited” – I mean…title alone had me ready and waiting for this one. As a huge fan of Breaking Bad, whether or not it’s a reference to the show or not – this song is incredible. The chorus consisting of distorted/FX vocals…just INCREDIBLE and a perfect fit for the music. A track that reaches out into the beyond and right to the fringe of his own style, “Heisenberg, Revisited” is a definite highlight on this album.

As the album winds down with “Triumph And Sin,” second to last track on the album, we get one more glimpse into the work and music of Ian Marquis…still adding new dimensions of sound to his album deep in at the eleventh song. For this track, Ian takes everything down to the bare bones in an acoustically driven pop-rock ballad. The result is a gorgeous track that nearly leaves you wondering how he ever got near a vocal effect of any kind to begin with – dude’s got a great voice!

“Triumph And Sin” serves as the perfect set up for the final track “Lock Your Lips.” Leave a lasting impression…that’s what they say right? Consider this DONE on this album Faces From The Static. Marquis brings back the energy, the pop, the rock and all of the things he’s done best throughout the album in this final cut. It’s a final song that will leave you wanting to press play again to take the ride once more.

Personally, I’m glad the album had that effect. It let me go back and hear that opening to the album once again. What a difference context can make! Repeated listens definitely helped that beginning come clear to me, and now that I feel like I “get it” – I can just relax and listen to the rest of this excellent effort from Ian Marquis.