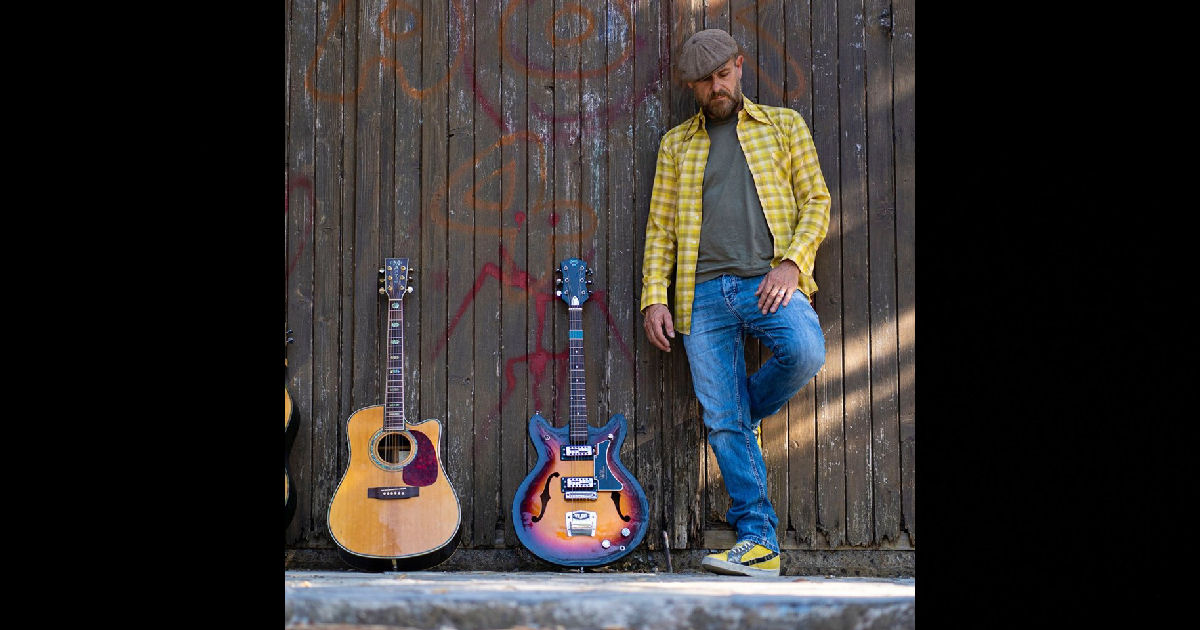 This dude is rad!

I dig what Ernest Berry is up to.  Not only is the guy obviously loaded with talent from his impressive musicianship to the soulful vocals he brings to the microphone, but I dig that he’s out there covering tunes and giving them a twist through his own unique perspective, style, and sound.  He’s doing this on a channel…a platform…a brand of his own, if you will, that he’s calling Songs Restored.

And he takes on some pretty giant songs!  That was certainly my first impression when scanning the list of tunes he’s got online for what I might play.  “Every Breath You Take,” originally by The Police, is a song I’ve (we’ve) ALWAYS got time for – and it immediately caught my eye…so I figured, no better time than now to put Ernest to the test & see how he hangs with one of the smoothest tunes ever written, right?  I’m more than happy to report, I really enjoyed what I discovered – I believe you will too.  It takes a moment or two to adjust to Berry’s style & approach of course, that’s the natural effect of a cover tune, especially one that would end up taking a full band’s song & shrinking it down to just one acoustic guitar.  But what he lacks in band-size, he more than makes up for on his own – the moment his vocals begin, you can instantly feel the music in this man’s soul…and he’ll never let ya down from start to finish.  Ernest puts on fantastic performance that draws just a lil’ on a Country-drawl, charming you through the spectacular range of low-end tones, bright melody, and huge highlight notes you’ll hear him go for.  Coming out of the bridge and back into the hooks was my personal favorite moment when it came to the song – but what got me even MORE interested in what Ernest Berry was bringing to put his own twist on this tune, was one that came visually, through the video.  And this is where Berry gets to separate those really watching & paying attention from those that aren’t – if you’re watching to the end of what appears to be a live-shot video for the vast majority, you’ll see him take a moment to make a political statement, tying in the meaning of the words to the responsibility of watching those that are watching us by displaying the images of various world-leaders onscreen before “Every Breath You Take” is over.  I mean, I could be wrong about the intentions or meanings & all…these are always just theories of course, but that’s what I got out of it…and I thought it was brilliant.  There’s no doubt that Ernest put his own soulful spin on song in its acoustic form on this cover here…the man definitely has a stand-out set of pipes to sing with & he leaves a memorable impact with this rendition of a timeless tune.

Alright…so…the man can cover a song by The Police, no problemo, we’ve now established that.  But how about Madonna, you ask telepathically?  Excellent question dear readers, dear friends – and somehow, just somehow, Ernest Berry has the answer to that, with a cover of Madonna’s “Borderline.”  And while I might not have immediately assumed this would become the impressively well-suited fit for Berry that it DOES – good lord does this tune work out in his favor.  Nothing at all that I didn’t dig about the way he goes after this cover – I felt like he more than nailed this one and gave “Borderline” a version that could compete with the original in the hearts & minds of many listeners out there.  Right from the get-go, Ernest gets to let his guitar-work shine a bit brighter on “Borderline” – he brings real personality & energy to this song that preserves the hooks you love, while adding in impressive doses of sweetness & soul.  Ultimately, it’s choices like these that also get noticed when it comes to the internet as well – I mean, that’s why you’re reading about this tune right now…my own curiosity; it’s always one thing to cover a male voice as a male performer, and it’s another to switch it up, and vice-versa for the females out there of course.  You get it – our ears are somewhat ‘expecting’ a certain sound to go with a song, even when it’s a cover – choosing to swap out a female voice with a male one instantly provokes curiosity in music-loves of all kinds around the globe.  How will it turn out?  How will it sound?  Will it be anything like the original we know & love so dearly?  With covers, there’s almost no avoiding those questions no matter what you do anyhow – so in my opinion, Ernest puts himself in a great position to win you over with smart song selections like these that challenge what we know & reveal what his own style & sound can bring to a single like “Borderline.”  Bottom line is, that curiosity leads to clicks, and those people out there clickin’ will likely dig what they find in Berry’s version just as much as I did.

With the music of Tom Waits still fresh in my mind after reviewing the Howard Louis Waits. EP just last month, I couldn’t resist taking a listen to what Berry would bring to “Please Call Me Baby” from Tom’s album The Heart Of Saturday Night.  I’ll put it to you this way…after everything I’d already experienced from Ernest on “Every Breath You Take” and “Borderline,” I was more than confident that his bold & soulful vocals would be a perfect fit for one of the songs from Tom’s catalog in his early crooner years.  Not to brag or anything…but I’m proud to say I was completely right.  To be fair, I’d go on to learn soon after that you can’t lose with any choice you make on the Songs Restored channel…he’s got great covers of Pharrell Williams and the hit-single “Happy” where he’ll launch into fantastically inspired musicianship and get right into the groove when it comes to the mic…he’s got a highly melodic & harmonic version of the Eurythmics song “Here Comes The Rain Again” where he even harmonizes with himself onscreen while the rain’s beating down around him.  And there are, of course, many more songs you can enjoy from his channel already…I enjoyed’em all, and like I said from the get-go here, I dig what Ernest Berry is up to over there on his side of the internet.  All this good stuff being said about all these tunes, I kept coming back to “Please Call Me Baby” – I really felt like this came out just 10% better than the rest for my own personal taste I suppose…maybe it’s just 10% better all-around…you can debate that if you like.  What’s inarguable is just how remarkable his performance is on “Please Call Me Baby” – I absolutely love the way he plays the guitar throughout this entire song and gets to the heart of the melody in both the music & vocals with such insightful precision.  When you really respect another artist’s work, it’ll always shine through a cover version, just like it radiantly beams through the care & all-out tributary way that Ernest plays this Tom Waits gem.  Not to get to wordy on ya, but to be fully truthful, the richness in the tone of Berry’s guitar throughout “Please Call Me Baby” is nothing short of captivating, charming, and exquisite to listen to…there was no question that this became my favorite tune from Ernest almost immediately…and keep in mind, this is already after being thoroughly impressed by what he was able to do with megahits by The Police & Madonna with just his voice & an acoustic guitar!  Clearly that’s all this man requires to entertain us all thoroughly – from smart song selection to an identifiable style & sound of his own design, it’s going to be a lot of fun watching & listening to his channel grow over the years to follow – I’m excited to see & hear what he’ll cover next.

Find out more about Songs Restored and the music of Ernest Berry at the official links below!