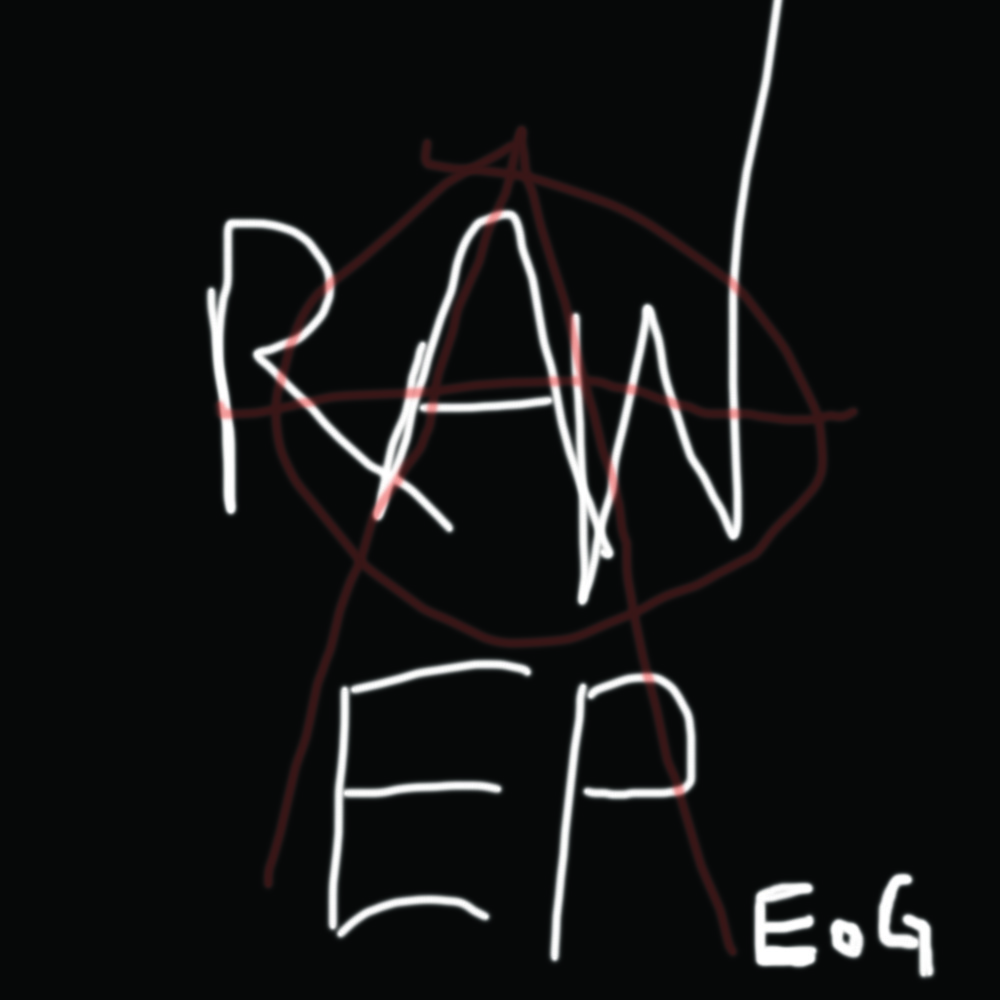 It’s been a strange morning here at sleepingbagstudios…

I could have sworn things were going to be record setting type-awesome today as I awoke to the sunshine streaming through the windows. Shortly after, I’m back here to my online world and in massive discussions with managers and band-promoters…if it wasn’t for coffee, the amount of suit-and-ties that come my way could potentially be staggering enough to send a dude right back to bed even on the best of days. I wanted…nay – I NEEDED…something to jolt me out of my morning conversations and get into this day as originally intended…

So let me tell you about pushing play on Empire Of Gold’s new EP Raw…and the legend of how it restored my morning to the glory of which it all should have been based in.

With zero warning whatsoever, the moment you start up the Raw EP, the raw & real come flying at you faster than you can blink. Forget the subtle-intro of the indie-rock band – that’s not happening today; Empire Of Gold has got it all turned up to eleven from the instant the Raw EP starts. “What Are You Waiting For?” does a lot more than just make noise to start the adventure; and with a massive crunch to the guitars and melody to the vocals they find a way to make this in-your-face sound of their completely accessible. I dig the dimension of sound on this EP’s opening-cut…I like the separation that exists between the vocals and the music and how it feels perfectly laced into the music all at the same time. Powerful opening tune, “What Are You Waiting For?” is like a musical call-to-arms in epic, like, Braveheart-esque style…these huge guitars and drums could lead me marching into battle any ol’ time.

Taking on more of a punked-out edge to the music, “Burning Bridges” features some deadly low tones being shredded out from the guitars to start it out alongside the increasing franticness of the drums. Vocally…that ‘separated,’ reverbed/chorused-up or harmonized style that worked well in the opening cut didn’t really gel with this one as well for me until the chorus of “Burning Bridges.” Heading from full-speed to nearly full-stop, Empire Of Gold hits the brakes hard on the ripping beat of this second tune to head into a slow, sullen chorus. In a way…it kind of reminds me of Staind with all the sadass-ness in the music and lyrics, but thankfully Empire Of Gold is making music with depth, skill and switches that no doubt challenge the band but are also the very reason they’ve come up with some really clever combinations on the Raw EP.

“You (Shouted The Worst You Could Do)” was probably the song I didn’t see coming. There’s something about the overall attitude of this song I couldn’t help but fall in love with. So…because of that, I was triggered into looking up who exactly is responsible for the sounds and songs I’m hearing…I wanted to compliment the vocalist behind “You (Shouted The Worst You Could Do)” because I get that a lot of people might give a dude shit about a performance like this. And that ain’t right!

As it turns out – Empire Of Gold is the result of one man’s hard work and ideas – Michael J. Dole of my home-away-from-home, San Diego, CA. The way that he goes from playful subtlety to all-out rock on “You (Shouted The Worst You Could Do)” is genius…I love the way this track moves around, and especially through the vocals on this song. I can see potentially people bagging on tones not always being perfect this and perfect that etc, but really it’s the reckless abandon that Dole sings with that makes this song work entirely…I think he did real credit to his own style on this middle track.

Like a meeting of talents between Mick Jagger and Tom Waits, “Hot, Damn.” is probably the most perplexing on the EP…there are a few issues here for sure on this fourth track. The melody line of the guitars works well…the vocal-flow is rhythmic but feels a little obvious for the way the song plays alongside it perhaps. The theatrical chorus is delivered with confidence and conviction…and up to there I was willing to accept it as probably not my favourite, but still cohesive & entertaining enough to let it pass. And then the extra layer of guitars hits and this cut descends into a wee-bit of chaos. Largely on this extra additional element, there are two massive things working against it; one being the mix – it’s so far above everything else that it drowns the rest of the music out completely…and that would have maybe been okay, but the second issue is the tuning on the guitar itself…it’s out of tune, straight-up. Not by much, but enough that the argument for dissonant tones can’t be made…it just doesn’t match.

The stripped-down nature of “Help Me” is a good ending to the Raw EP and a welcome switch in sound after the extreme ending of “Hot, Damn.” A simplified melody on the acoustic guitars allows Dole to really expand his vocals out there and he reaches into some great territory here. When the guitars kick-in with their distorted mayhem, this time around the mix and tones are on and it all explodes as it should, giving way to a great moment in another wall-of-sound created by this one man, but also sets up one of the best moments on the EP heading into the final breakdown and out of the chaos.

There is a little bit of confusion on this particular EP, but nothing that can’t be sorted out through staying the course. Dole has some excellent ideas within his writing; he’s the kind of vocalist that understands that rhyme-schemes aren’t a necessity in song if you sing the words just right and I appreciate that. There’s innovation, skill and good song-writing on Empire Of Gold’s Raw EP and although I think there are still improvements that can be made – to me I also hear the real passion of a musician that’s determined to go after it all with 100% and I’d expect that each release from Empire Of Gold will reveal a steady progression forward every time.

Find out more from the Empire Of Gold official page at: http://www.empire-of-gold.com/