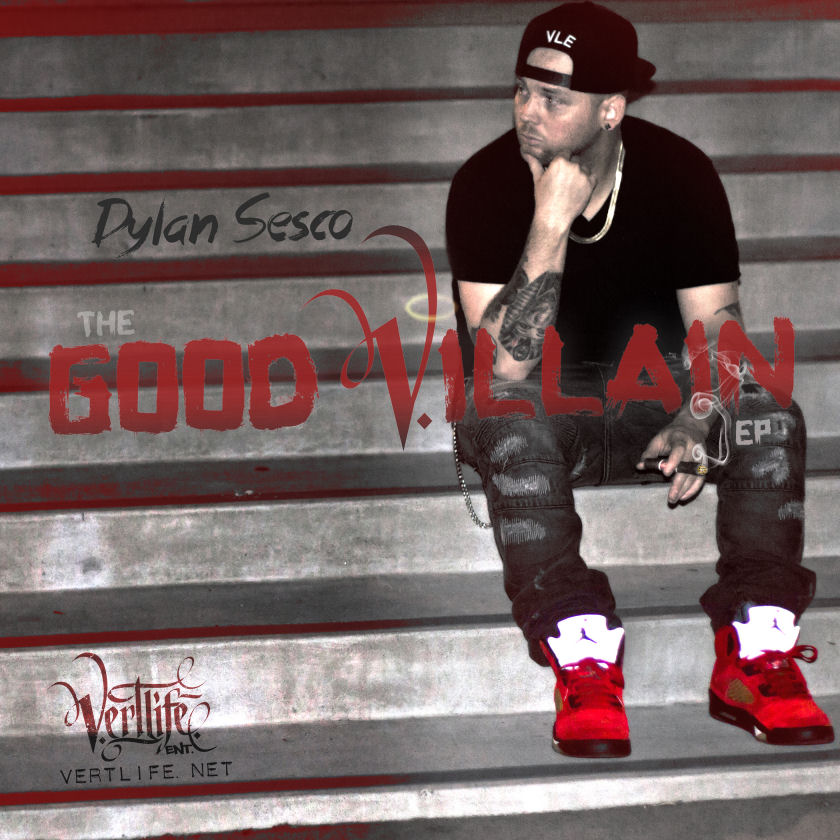 From Vertlife Entertainment, rap-artist Dylan Sesco comes out swinging on the Good Villain EP with six new songs in a darker-vein produced in follow-up to a project that took place earlier on called Pacific Coast Pharoah. Musically and lyrically, it does find a gritty, late-night-back-alley, dangerous vibe to it. Even as he starts out subtly with “Fuel The Fire” to begin the EP, it feels like there’s a menacing and somehow threatening vibe to the beat as Sesco puts in some precision work with emphasis pushing hard on all the key words. The skill is noticeable right away in these opening moments; the roll he heads into around the two-minute-thirty mark puts his talents for the rap-game right there out front on full display.

Rolling confidently into “Dope Era,” Sesco is warmed-up and lays down flawless verses over the dynamic beat. Up-tempo and with a little more meat on the bone, this second cut has more hooks to pull people in and is a perfect step-up in the energy of the Good Villain EP after the low-key-meets-low-end opening of “Fuel The Fire.” “Dope Era” has a lot of style in the attitude in the lyrics and how Sesco interacts with the samples happening in the background – and as the beat kicks back in, you can’t deny just how BIG this track comes out. If anything is working against it…perhaps the tone itself on Sesco’s delivery…as in the actual sound; he sounds fairly young – which don’t mean that he might not have still seen some shit – but it does make the threshold of the suspension of disbelief smaller to a degree. Even the pictures of Dylan on social media seem to reveal the spirit of a pretty nice guy with a decent life…but lyrically he proves that pictures certainly can be deceiving if what he’s saying is true in any of these songs on Good Villain.

But the chances are…or at least my impression from listening to songs like “Shots In The Air” would be that maybe this is what fuels the actual venom and the energy that he DOES put into the lyrics. I’d assume that he’s been battling the image thing for a while; it’s hard enough to be taken seriously in rap as a white male…but when you look like a nice guy as well, it can be tough to convince the world how gangsta you might be no matter how real the stories are. So…yeah…if you were to ask me…I’d say you can hear that passion, hunger and energy directed into the microphone as Sesco rhymes through verse & chorus…that sheer determination to prove he’s got every right to be here. The seriousness you can find in the dark beat of “Shots In The Air” never leaves the music for a moment – but what I also liked in this cut was that Sesco lightens up a little with the delivery and takes these lyrics all over the map with a theatrical performance that was worth everyone’s time to record in the studio that day. With a little more rasp and a lower delivery in the hustle of his vocals, Sesco fits the deeply menacing low-end beat of “Shots In The Air” and fires off with confidence, attitude & style as the EP hits its middle in a performance that should have everyone left on the fence taking him seriously by the end of it.

“Caught Up In The Moment” has more of a modern-day club-vibe to it with auto-tuned vocals twisting their robotic/electro elements and infusing their way onto Sesco’s vocals. Little bit more light hearted in the sound against the darkness of some of the earlier tunes…but again, lyrically he’s keeping the subject matter flowing in a serious vein and continues to keep the words tight. “Don’t Belong Here” has some of my favourite verses from Sesco throughout the rap parts…the chorus-like sample…I dunno…I’d have a hard time justifying any comment that says it completely works; I get what he’s going for but I think it slightly misses the mark of being a complete hook with the tone not quite making it to where it needs to be. As a result…it’s one of the most difficult tracks on the Good Villain EP – there’s not a single thing about the rap in the verse that isn’t a representation of Sesco at the top of his game, but that chorus needed a couple more minutes in the incubator. It’s not that he shouldn’t have attempted the singing – you can easily hear that he CAN hit the mark…but recording-wise, this one needed him back in the booth for one more go-around just to hit that 100% instead of the 95%. It’s that 5% he’s going to hear as an artist himself most likely, just like we all do as our own worst critics – so again, let me be clear: the idea works and Sesco’s capable, “Don’t Belong Here” is certainly not a song I’d toss whatsoever with the incredible verses it has working for it, just needs a bit of tightening in tone on that chorus, no big deal.

What he has done perfectly…is end this EP off with a massively impactful final-cut in “Treasure Island.” I don’t think there can be any way that I could lie to you successfully at this point closing in on my 500th review coming in August…so there’s no point in hiding just how much I dig this final beat. “Treasure Island” is fucking ENORMOUS; the low-end bass comes in pulses and waves against a truly hypnotic melody in the music…kind of like the music-box you wind-up and just let run until it’s done its thing…and you sit listening, captivated. As far as the cuts go on Good Villain go – Dylan has brought his game up to the maximum on this final track to make his name an impossible one to forget; this is convincing as all-hell through his performance, delivery and lyrics. It was exactly the type of committed performance the Good Villain EP needed to take it up that one-level further by taking his Sesco’s desire, talent, passion and sheer-will to stunning, raw & REAL new-heights in this memorable final cut, “Treasure Island.” 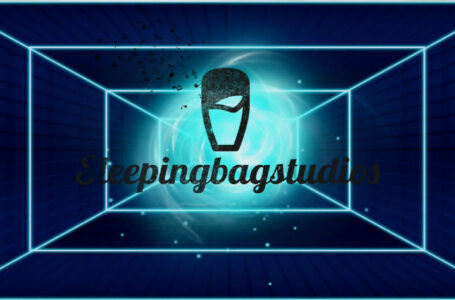