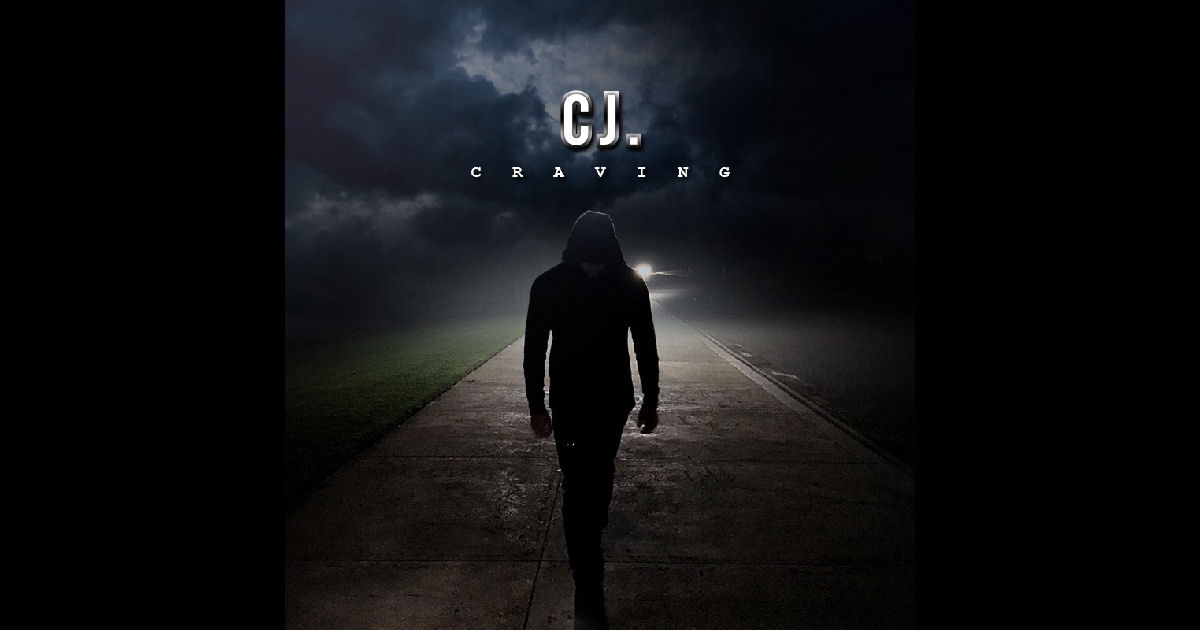 There’s a LOT going right with these singles and with this artist – I’m impressed.

Rapper CJ. has great chemistry on the mic and puts an intensely personal rhyme together on “Craving,” which was my first introduction to his music & first impression of his material.  From the moment the subtle beat and gentle, chilled-out atmosphere started – I’ll admit, I was already excited and at that point I didn’t even know CJ. was about to rap, know what I mean?  He’s got an exquisite sound goin’ on already in “Craving” before he even spits his first bars…I love how much space the slow pace & style of the music he’s using gives him to express his thoughts – and in my opinion, he certainly used it all wisely.  Perhaps the occasional spot or two along the way where he could have stuffed in another word or two instead of drag-out a syllable…but that’s debatable really…it could very well be part of his style naturally and everything’s he’s doing still hits the metering with the precision required.  I dig that he switches up & transitions from his initial pace & flow, expanding the track even further and contrasting the chill of the music with his heated performance and the edge/rasp of his vocals at the end of certain lines.  Essentially, he starts the verses of “Craving” off in a way that gives it plenty of room to grow as the track plays on; again, CJ. uses the space really well, switching up his flow and adjusting the energy to match the emotion & meanings attached to the words, amping them up with the right emphasis when needed and dialing it all back when it’s called for.  You can tell he puts real thought into his lyricism – and in terms of matching the vibe of the music, this is spot-on for what you’d hope to hear with music like this.  I don’t know if he’s responsible for the hooks in the chorus or not…I’m assuming so, because I don’t see any other names attached to this track…so credit where credit is due – those hooks are bulletproof.  I think CJ.’s rap is appealing enough on its own to pull in an audience of its own – but combined with the singing in the chorus?  C’mon – that’s magic – it’s a perfect match for the vibe of “Craving” and sounds freakin’ gorgeous with the music playing along with the vocals.  Bottom line is this first impression tells me we’ve got an emcee here that’s entirely unafraid to be real with us all…there’s a power in the vulnerable way he writes…an admirable way of leading by example & letting his thoughts spill unfiltered into the mic and putting his own genuine personality & character into every word.  Much of the lyricism of “Craving” is based on some incredibly tough stuff…it’s clear that CJ. has been through some real shit – but let’s not forget nor underestimate the fact that he’s here with us right now to tell the tale.  He’s a survivor and a born leader…he might just be coming to realize all this now, it’s hard to say – but it’s clear that he’s recognized his words and experiences can serve to help others…that’s how songs like “Craving” get created.  Part catharsis & part relating the pitfalls of life to you in effort to help assist others going through their own issues – there’s unlimited value in the words & insights that CJ. brings to this single.  And I mentioned those hooks right?  Man!  So good!  A genuine tie between how much I love the combination of singing/music in those hooks and the entire way that CJ. writes his lyrics…it’s so raw, real, personal, emotional…and truly powerful…it’s a seriously moving track when you get right into it. 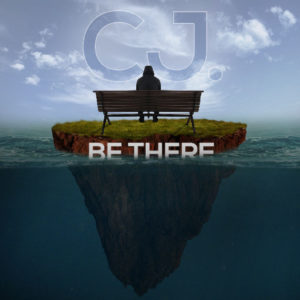 Being real becomes a staple signature of this emcee’s material quickly after you check out the second cut called “Be There” – because believe me, it doesn’t get much realer than what you’ll hear on this cut.  It takes strength and courage to put a track like this out; he’s not necessarily burning any bridges that haven’t already been scorched – but it still takes real cajones to put out the personal details like CJ. is.  As a guy that, at this point has…hmm…FIVE legal moms and THREE dads still through various marriages & divorces experienced while I grew up – I understand how these kind of situations can mess with your head, thoughts and emotions…how it can continue to affect you way later into life, long after you’d think you’d be over it.  It’s the bizarre juxtaposition to being absent…when you’re gone and you meant something to someone – you never really leave; in fact, sometimes, as demonstrated here by CJ. – those thoughts can still come at you often and that presence can still be felt daily, even if it’s not there…and from my own experience, all that can likely last for years & years to come still.  It’s hard to make that clean break from those you know…no matter the circumstances and no matter how easy it can be others.  When you’ve got real feelings and emotions…when you’re actually a human-being about it all…it’s not easy, no matter what…to just let go.  And in a lot of those circumstances – you end up internalizing that frustration rather than letting it out on someone else or causing more trouble than already exists – the results of which CJ. describes intensely throughout the exceptional lyricism on “Be There.”  He’s used another excellent beat and subtle-track to work with…I’m really impressed with the sound of the music that CJ. chooses to use and how it adds so much to the vibe & atmosphere of the themes in his lyrics.

I’ll fully admit that if we’re talking hooks & universal appeal, the award goes to “Craving” overall – there’s not a single doubt that of the two singles here in review, that’s the one people will gravitate to.  That being said, on a personal-level, given that I felt like I related to just about every single word that CJ. spit on “Be There” in many ways – I was equally impressed with the bold lyricism and character of this emcee in the second cut too; I think it’s a heavier theme, concept & execution by comparison, making this single a bit darker than what you’ll find on “Craving,” which ain’t exactly on the lighter-side either, feel me?  CJ.’s clearly got some stuff to get off his chest and is looking to vent his thoughts out into the world – like I mentioned before, it’s part catharsis – but it’s also part leadership and the courage it takes to be vulnerable, be revealing, & be REAL with us as an audience – & we’ll connect to that.  I know I did.

Find out more about CJ. at his official pages below!