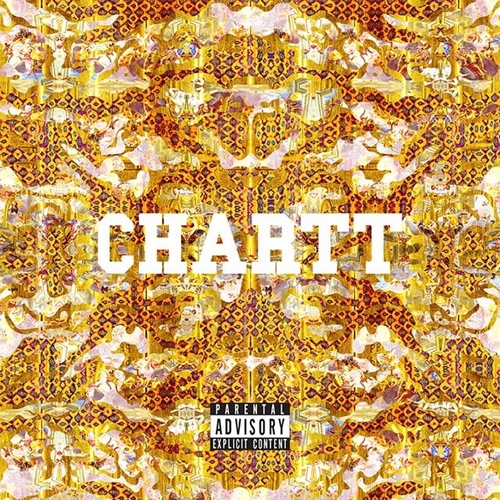 “You know my name but you don’t know my story at all. I write my life into my music, just listen.”

That’s a haunting quote lifted directly from the social media pages of Chartt, our mixtape-specialist in review here today. From everything I’ve heard on this self-titled effort – that’s a completely accurate statement. In many ways this new album from Chartt is one of the most personal albums I’ve ever heard come through the speakers; it deals with everything from family life, street life, personal struggles, break-ups, battles & triumphs… Hidden behind all the misogynistic, gangsta/thug rap references found typically in modern day rap culture, there’s a much deeper mind at work here…

It really becomes an adventure from beginning to end, one where you find yourself rooting for Chartt to make it through the shit-piles of mess he has found himself in over time, and rise up to the full level that his skills should allow him to achieve. Chartt puts the passion into the mic; you can easily hear him switch from sweetness to venom at any moment – and for good or for ill – that emotion is on full display track after track. This music & lyrics mean a great deal to him personally, and you can hear that on this record…if you listen.

But I don’t know…is there such a thing as being TOO real?

Chartt’s flow is pretty undeniable overall – each verse and chorus come at you in smartly mapped out pieces that are put together extraordinarily well. The production is tight; as an album this entire debut effort is crystal clear on all fronts. Tracks like “747,” “Motivate Me,” and “Friends, Enemies & Everything In Between,” show his skills up front as an emcee and just how intense he can be on a lyrical level. You can tell that Chartt is seizing the moment; each track is spit out like the grand finale in a live show.

It’s that same intensity however, that can throw you a little. After listening to the full album, again – you want to root for Chartt to make it when you hear the full story on record…but that intensity can almost go too far at points. It’s almost like…like that situation where you start to wonder if the guy that’s been picked on…if the roles were reversed, would Chartt use his powers for good? The chaos and emotion brewing deep in the back of these lyrics suggest that this is a man that has been HURT in the past…close enough to his dreams to touch them but still in the grind somehow, even with his tremendous skillset.

The result has tracks like “Chances” and “GOML“ standing out through their strong verbal portraits of the hard times that Chartt has gone through, and a debut album that sounds truly make or break. It gives the album an interesting contrast in all corners; even on tracks like “One More Time,” “Keep It Real,” or “I’m Just Saying,” songs with more ‘playful’ beats – it’s almost as if there will never be a rainbow for Chartt, or a break in the clouds. He’s lived a serious life, one that’s certainly had its fill of stresses; lyrically, that’s a tough thing to leave behind. It can become tough to simply lay back and enjoy this music at times as it plays out through these personal struggles…there’s a heavy weight surrounding even the most upbeat tracks on this debut from Chartt.

After many full listens through this mixtape, I can safely say that Chartt is at his best when he’s telling you these stories from his own perspective and leaving the typical rap language behind. There’s MORE than a time & place for ‘fuck-this’ and ‘fuck-that’ in rap music – but with the lyrical skills and gift that Chartt clearly has, there are definitely moments where you’ll find you wished he took those abilities a little bit further to express himself in the unique ways he’s shown you already earlier through the stories he tells on many other tracks off this album.

“DP Speaks” is a small, but wicked track that I loved. It just kind of pops up out of left-field towards the end of this mixtape; a spoken word piece wonderfully recorded against a simple piano – it’s an effective break in the album and one that truly pulls you in to listen. It becomes the perfect set up to “Another Shot,” which is another standout for sure. Chartt attacks the mic against this extremely danceable club-beat as the album pushes into the final quarter with a burst of new energy.

“I’m me – and you don’t know what that’s like.” That lyric comes late in the album off the second to last track “Sink Or Swim,” a subtle nod almost to that same quote that began this review. We know his name…after we listen to this album, I’d even go as far as to say we now know quite a lot of his story – but we’ll never truly know what the measure of that impact has been on him, or really what it IS like to be him. Chartt is focused & skilled to the point where, team or no team – he’s ready to take it all on his own shoulders…

Clearly an artist with something to say and something to prove, this album ends on a perfect note in a spoken word ending to “The 23 Year Outro” that lets you know he’s gonna be okay after all. While much of this album sounds aimed at pushing people away from him and shedding those negative influences he’s encountered; this end piece serves to let you know that HE knows he can’t do this alone…that a story is no good without an ear to listen to it. In an album clearly about redemption and seizing your moment…after all the hard times he’s been through – it’s inspiring to hear the triumph in this album and leave with the feeling that Chartt will never give up his moment now that he’s holding onto it.