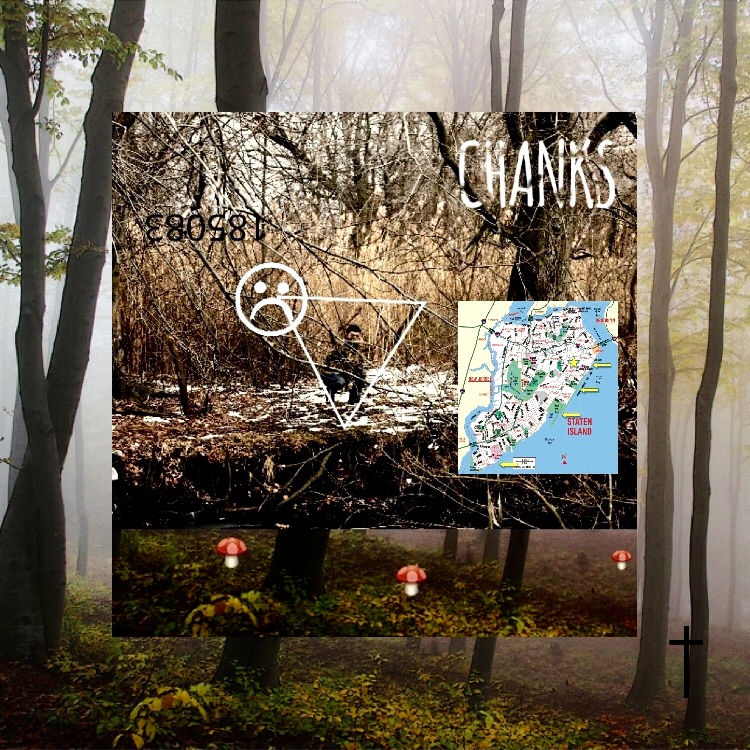 I’m thinking this was a great way to start the day for me – so why not pass that magic on to you? Solo electro-artist Chanks has put the instrumental beats into my day before the sun has even come up here over sleepingbagstudios…almost like the music he’s made is serving as the soundtrack of its arrival.

There are fantastic & exotic elements that run throughout these eight innovative instrumentals, and they truly start right away with the opening of the self-titled album through “I Don’t Wanna Smoke No More.” Even though it’s delivered in a very precise & minimalist style, it makes for a smooth opening into the Chanks album with warm tones and atmosphere to climb right into. There’s an intensity here. With electro, musicians can pull off the intense successfully without blinking an eye and mashing tempos together; Chanks has already demonstrated some subtle mastery here in the opening song with great restraint against overdoing anything and the result is a song that really sets an accurate stage for you to enjoy the rest to follow.

What will definitely surprise you is just how far Chanks can take that minimalist attitude and sound in his electro. I think even after the impressive start of “I Don’t Wanna Smoke No More” that it would still take a psychic to see the beat & melody of the track to follow coming at you, called “2Months Chanks.” What I really especially found myself loving was that really, this is a melody that starts nearly instantly; but somehow this one really feels like it sneaks right up on you before it actually reveals itself in full. As the melody isn’t something you’re really expecting to hear – it’s almost like your ears are like people finding their way in the dark and searching for the light or something to hold onto. At times it beckons you forward, at others it’s slightly haunting and overall this is one exceptional and awesome electro-melody that really speaks to the innovation laced throughout the subtle nature of the album.

A lot of it moves at paces, tones and styles that feel somewhat among the caliber of tightness and wide-open atmospheres you’ll find in Four Tet or in Boards Of Canada’s music. With a sparse opening beat, “I Don’t Know Where This Came From” almost sounds like he’s about to launch into a cover of “Teardrop” by Massive Attack before heading into different directions and lightening-up the sound with bright electro-elements added in throughout. It leads perfectly into the twinkling sounds of “Hyperbeam Awesome,” a song with a real beauty inside of itself; like the song you’d never expect to love as much as you end up doing… I dig this melodic little meander a lot.

Though…Chanks DOES seem to find an extra-degree or two of smoothness in the following cut “Rip,” there could definitely be an argument made for this being another subtle standout for its simple melody-meets-big atmosphere sound. As he moves quietly past the center of the album, “Rip” supplies a welcome, chilled-out vibe with all the right ticks & clicks firing off at just the right times before inviting a synth melody to join in the low-key good-times.

The smart layout of this album also lends itself to the overall smooth & easy-to-listen-to atmosphere throughout. As “Rip” leads perfectly into “Chanksolay,” this next song has a massive low-end pulse to it surrounding the melody, making for an excellent contrast between light & dark sounds and truly mixing textures in a fantastic way.

Adding more elements into the following cut “Right Back,” this track is about as complex as this minimalist gets on this self-titled effort. I’m certainly not suggesting that the tempo-meter is going to suddenly swing to the right or to brace yourself for a machine-like musical-beatdown…no. Still retaining the Chanks feel & style, there’s just simply a little more in this track for the ears to grab onto in many ways – but still all pulled off in a clever way that never makes any of these instrumentals head beyond into overcomplicated territories. “Right Back” has that same haunting atmosphere underneath the surface like a song like “The Beach At Redpoint” does from Boards Of Canada…it’s all very understated, very subtle and very effective.

He winds up a little more as the album winds down in the final track “Goz Chanks The God Son,” a short & sweet ending to an album built so inoffensively and easy to listen to it could fit into any part of your day. With its whistling synth-sounds and final low-end pulses, Chanks has ended the album as perfectly as it began. People tend to mock minimalism in lots of ways but there’s one thing you can never deny about artists that make music in that style – they’re fearless. With nowhere to hide, any mistake would be brutally exposed were they to make them, and many do.