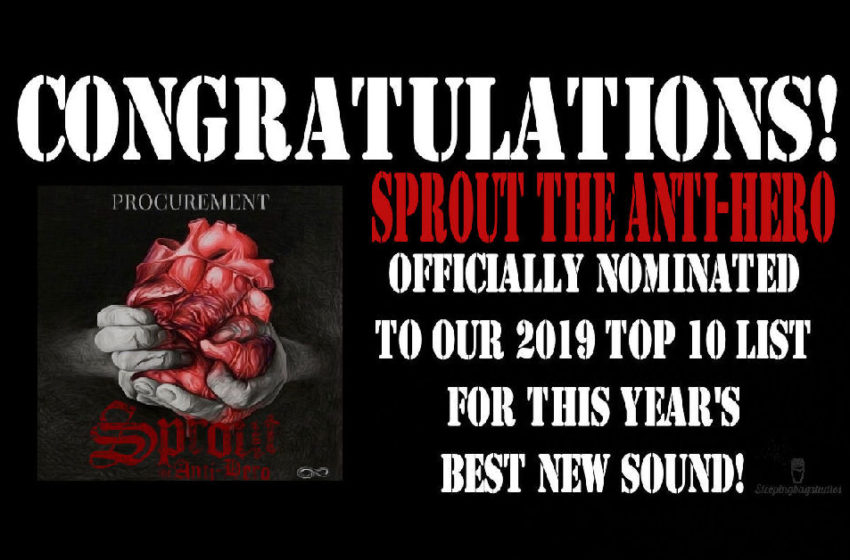 Until then, join us in congratulating our Day 5 nominee – none other than artist Sprout The Anti-Hero, a man that shifted gears into the solo realm this year, coming from the band Screaming Red Mutiny.  With an EP called Procurement, he proved his versatility as a singer/songwriter, pulled back the veil and revealed a whole different & highly impressive dimension of his ability to connect to the people through the music he makes.  Always rad to see & hear an artist switch up their game, challenge themselves creatively, and come out with the spectacular results you find on the Procurement EP.  Sprout The Anti-Hero put his art, music, and soul out there in bold new ways this year, and absolutely deserves a nomination to our top 10 list for the efforts he’s made, the evolution in his career, and the set of incredible songs he’s put onto his debut solo record.