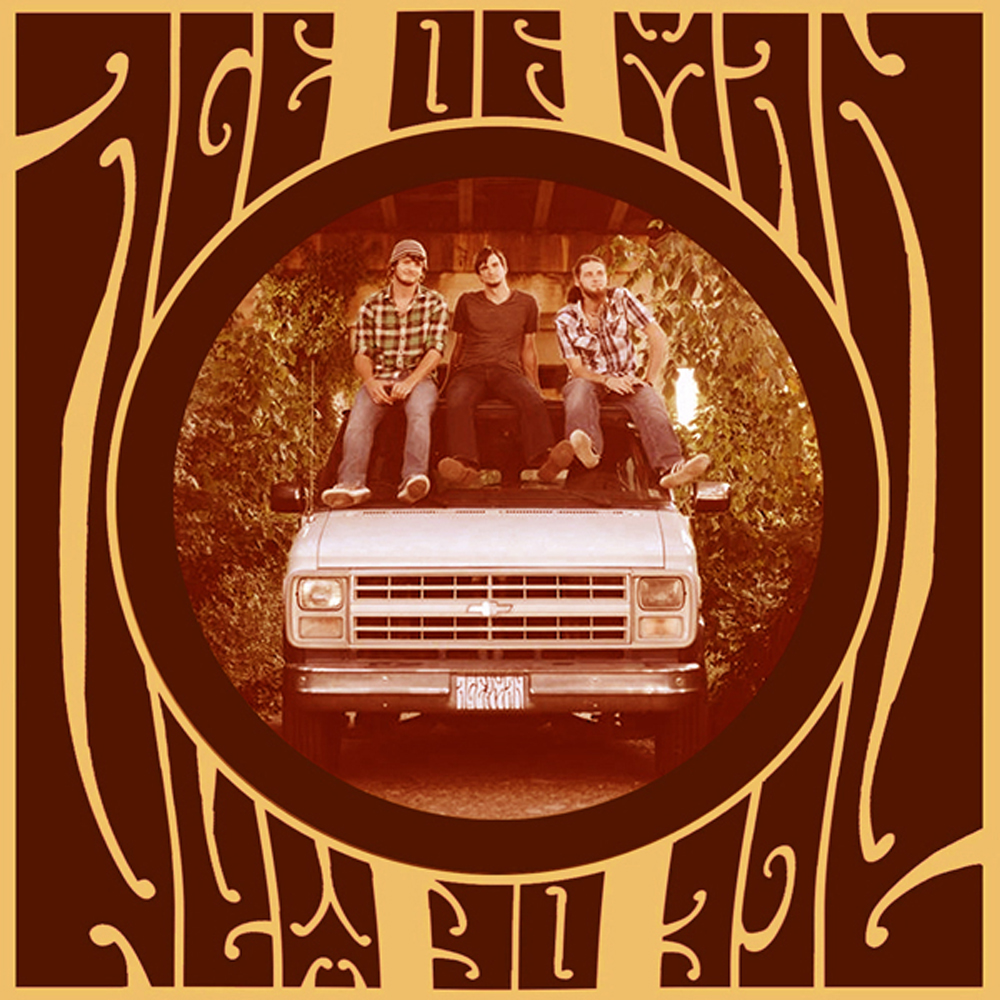 I want you to do something for me. I want you to reach into your pocket and take out a new crisp twenty dollar bill. Now…take a REAL good look at it to make sure it’s not fake…

My point? My point is that some things are completely obvious from the moment you see or hear them. You’d be wasting your time checking to see that your twenty bucks is authentic…it was like a given…if it was fake you’d have already found out.

I’d like to invite you all now (you can put your twenty bucks away…) to meet Age Of Man – a blues-rock trio from El Dorado, Arkansas that is so incredibly authentic that you’ll swear you’re right back in the heyday of the golden era, where blues-rock ruled the planet in the late sixties and much of the seventies. Just like that genuine bill you’ve now put safely back in your wallet – you can take this music to the bank with you; Age Of Man is a solid investment in the real thing.

I have had COUNTLESS people come through our interviews and studio with one major concern in common: HOW oh HOW do I get my LIVE sound on a recording?

The truth is that it’s certainly possible. Listen to this new EP from Age Of Man; if you can somehow come out with the argument that it would STILL be impossible to capture that feeling on a recording, well, my firm suggestion would be to go and take the wax out of your ears and listen again – cause it would be COMPLETELY on YOU if you missed just how much work actually goes into making a sound like this.

All of the tracks possess this same commitment to the style and to the sound itself. You see…that’s the whole thing here…it’s not as simple as a band gets to “play” their songs when you make a recording like this. You can hear in a track like “Needles In Hay” that different methods and freedoms are used during this recording process. Production becomes every bit the other instrument in the band when it comes to making an EP like Age Of Man has here with Ebeneezer.

To get that LIVE sound…they might very well have recorded in crazy environments to capture that extra open-air vibe that gives it such a classic feel….all kinds of different microphones most likely as well. One has to assume that, even with the sound being as much of a throwback as it is – there’s gotta be a present-day genius behind these boards to come out with an album that sounds like it was literally ripped-out from that golden-age of blues-rock.

And let’s just face facts; without Jimi Hendrix that genre might never have found its way to the absolute top. Here’s another fun fact for you: If you like the music of Jimi…you’re gonna love Age Of Man. Though I’m hesitant to say it, they ARE similar to The Black Keys…but with one exception…

“Whatchado” is a great example of that very exception. You’ll hear it – sure, it’s a lot like The Black Keys…but ELSE is that you notice? No bullshit….no pre-tense…..no…..”hipster-cool.” Don’t get me wrong – I’ve put on The Black Keys many times – but when you hear the sheer depth in the difference between the commitment to the “then” as opposed to the “now” of this style of music…there’s simply no comparison. The Black Keys took that music and brought it forward to a contemporary place; Age Of Man would much rather take you on a complete trip right back to when these guitar-strings were just first getting shredded.

Why is that distinction important? Atmosphere. One of THE most important elements you can ever focus on in your music. How is it created? What qualifies? Ask yourself this:

Matt Benson in particular needs a shout-out before his bandmates on this one…just ever so slightly. Reason being, he just completely nails that guitar tone and style…absolutely just plays it like he was born to. His vocals, also completely true to the style – again, I personally LOVE the production and how this EP has been recorded. There are peaks and slight spikes in volume….crackles almost…..

……you know….the SAME ones you would have heard on ALL of your favorite albums from that time period?

And it’s FOR that reason that they not only become acceptable, but these slight “imperfections” actually become a pure joy to listen to – especially for anyone that has ever had the studio-cans strapped over their heads. Ebeneezer is as close to the sound of a live recording as you could ever hope to find on a record and quite simply, it’s an audible pleasure to listen to.

To round out the sound goin down, you got Brandon Borden on the drums and Darryl Driskill on bass, keeping the rhythm section of this band in full control. Not only do these two execute their own parts flawlessly, but doing so allows Matt to really shred that guitar and roam free to wherever he’d like. “I Found You” is one of my favorite examples and tracks on the album for this reason.

What might sound like wandering at first snaps crisply to full gear with all three members at their focused-best.

Absolutely stoked and excited to hear more from this band and I truly hope they retain this amount of authenticity with their future work.

P.S. You still got that $20? Go spend a bit of it on buying Ebeneezer by Age Of Man!