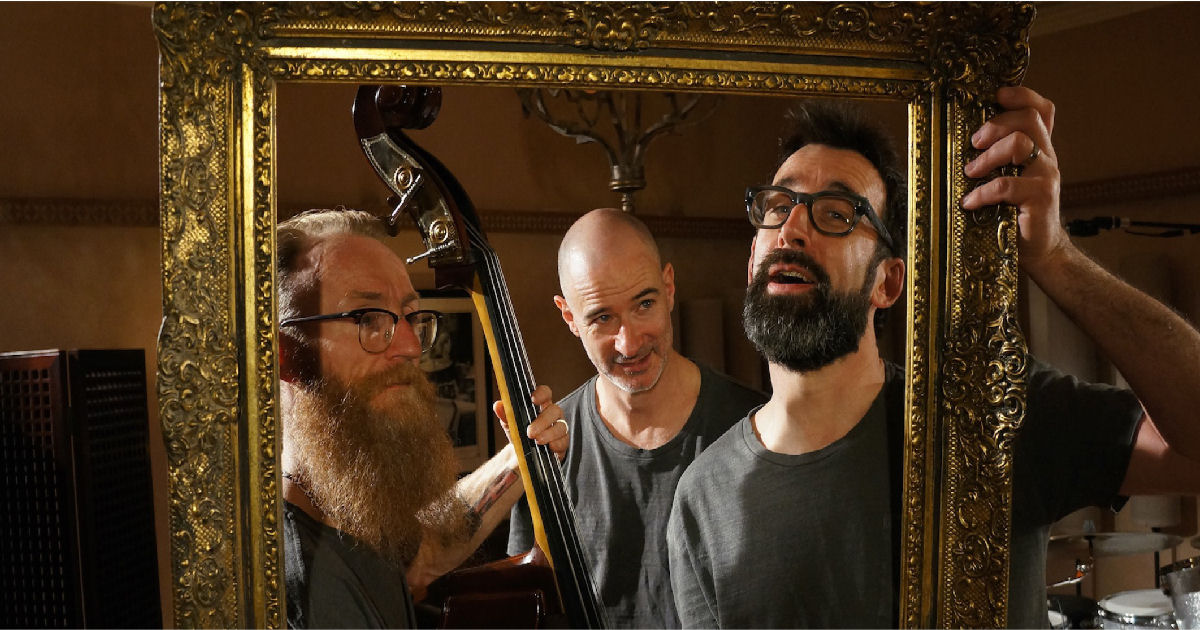 When Neil Cowley performed on the intro to Hometown Glory by Adele, the talented musician became one of the most listened-to pianists in the world.

At the same time, both Neil and his accomplices are best regarded for their incredible take on what is referred to above as an acoustic jazz piano group. You see, there is no one box in which to put this trio, for the range and style of their sound is unlike any other, anywhere in the world.

In recent years, the Neil Cowley Trio has been the recipient of several awards including Best Album at the BC Jazz Awards, Artist of the Year by Jazz FM and Best Radio Show at the New York Festival. An undeniably impressive lineup of awards but in truth, they result from decades of performing, touring and recording. In fact, the Neil Cowley Trio have played and recorded with an endless number of wellknown acts including Gabrielle, The Brand New Heavies, Adele and even the Stereophonics. With the above in mind, it was unsurprising for the Neil Cowley Trio to receive an award of such magnitude from the BBC, not to mention an invitation to appear on the world famous Jools Holland Show.

As a young soul, Neil Cowley started his first band in school. However, the musician had a very indifferent start to his studies as once enrolled in the Royal Academy of Music; he found it an incredibly distasteful experience. As a result, he left the academy and having responded to an advertisement, ended up
performing as a keys player in the Pasadenas in the Royal Albert Hall.

Afterward, he went on to join the Brand New Heavies who would embark on a world tour lasting four years in the early 1990’s. It was only after this experience when the pianist began writing and recording his own songs incorporating jazz, acid house, and even trance into his compilations. Following the release of two albums, the record label to which he was signed, went out of business but the trio which was formed as a result would go on to win the above mentioned Best Album at the BBC Awards.

Later, the Neil Cowley Trio would see their album “Loud Louder Stop” climb in the Top 50 charts, while The Sunday Times also recognized this beautiful compilation as their number one Jazz album of the year. Neil Cowley’s work features in a television commercial in 2009 before playing piano on Adele’s “Rolling in the Deep” and having won “Artist of the Year” at the Jazz FM Awards, the trio are now reaping the rewards of their highly anticipated album, “Spacebound Apes.”

“In a jazz world full of introverts, Cowley is a rare musical extrovert, someone who can communicate with a broader audience. It’s something to cherish.” – The Guardian

Proclaimed as a musician of immense talent by any publication who encountered the man, Neil Cowley himself is an example of how dynamic this trio can be when playing together. After all, we have witnessed at 2SeaSessions his ability to take even the most relaxed piece of music and instantly transform it into a charismatic pop song. With this uncanny knack and influence, the songs are infused with reflective, energetic and largely eccentric themes.

2SeasSessions with The Neil Cowley Trio

Upon starting the recording at 2SeaSessions, this variety was obvious from the moment the Neil Cowley Trio opened with a rather chaotic sounding “The sharks of the competition”. Having grasped every last piece of attention in the studio, they proceeded into the poignancy of “Grace” before the marching thunder of “Governance” filled the room. Well known as a contemporary producer, pianist Cowley leads the trio into a series of powerful and dynamic songs – each with a stamp and feel of its own. We can hear influence throughout, from Arcade Fire to Spiritualized but the genuine authenticity of the Neil Cowley Trio is never in doubt.

The new album “Spacebound Apes” by The Neil Cowley Trio is currently available, and you can find the most beautifully stripped back acoustic versions of these songs in our 2SeasSessions. It was a session of variety in which we endeavored to capture this encounter with a genuinely distinct sound. From the moment they arrived to the last.

Find out more about the Neil Cowley Trio at the official website:  http://www.neilcowleytrio.com/