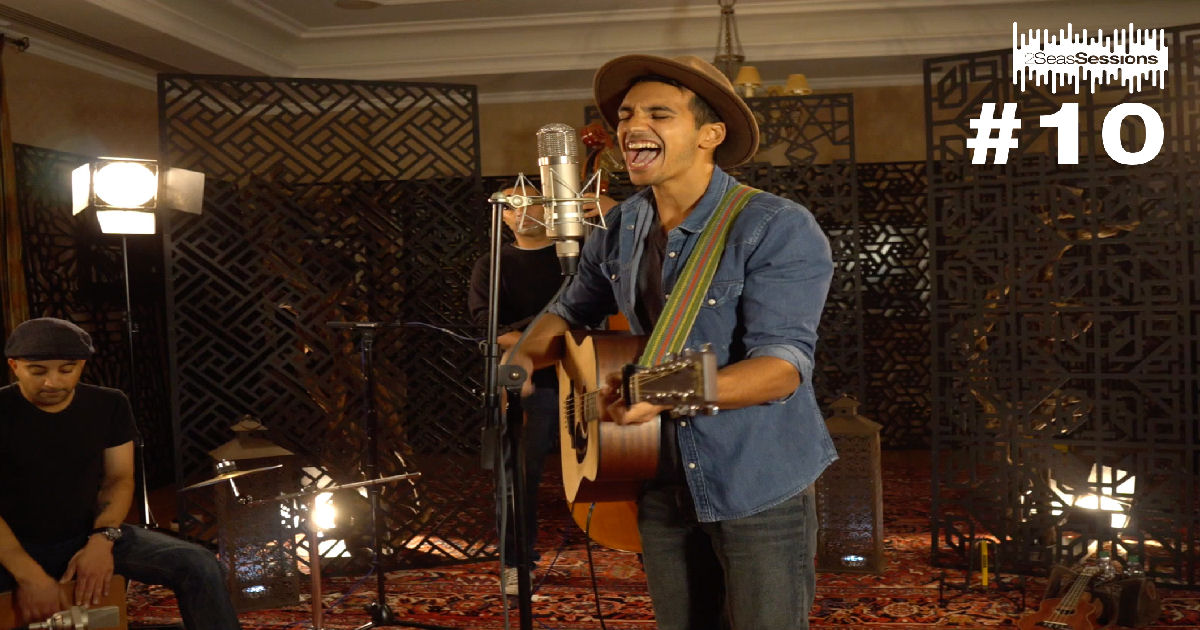 For the well seasoned in-house crew a 2Seas Session generally begins with a short trip to Bahrain International Airport in Muharraq to meet and greet the incoming Artist or Artists. Not this time though, this talented Bahraini could have easily walked to his session at 2 Seas Studio.

Mo Zowayeds’ press kit describes him as ‘an indie singer- songwriter… combining vocal hooks with guitar-driven melodies with a soulful and upbeat sound’. Although still in his twenties he has toured the UK, Europe and the USA and played extensively across the Middle East and that experience shows in his delivery. In 2017 those ‘vocal hooks and soulful upbeat sounds’ led to Mo and his band being handpicked to open for The Jools Holland Rhythm and Blues Orchestra on their UK tour culminating in a soldout show at The Royal Albert Hall in London.

As of January 2018, Mo has completed recording sessions for his second EP and with a world-renowned production team behind him, the future looks bright.

During Session #10 the crew were enthusing about his innocent but refined guitar style and his clear, relaxed vocal with that curious androgynous quality described by his easy natural falsetto. “This guys great! And we get to try out some different vocal mics! ” was the resounding opinion from the control room.

With an artist like Mo, it is all about the song, no expensive tricks, or technological wizardry, just a true voice, finger-picked guitar, a small rhythm section and the art of the song. Love and loss, pain and joy are common human themes that Mo’ beautifully crafts into his songs and we were all very happy to hear them laid down in the 2Seas Studio. With a full-set of songs in the can 2Seas Session #10 went very much to plan. The in-house crew began editing the audio and video almost immediately, because there is always time for a cup of tea at 2Seas, maybe even some biscuits.

Find out more about Mo Zowayed at his official website:  http://www.mozowayed.com/