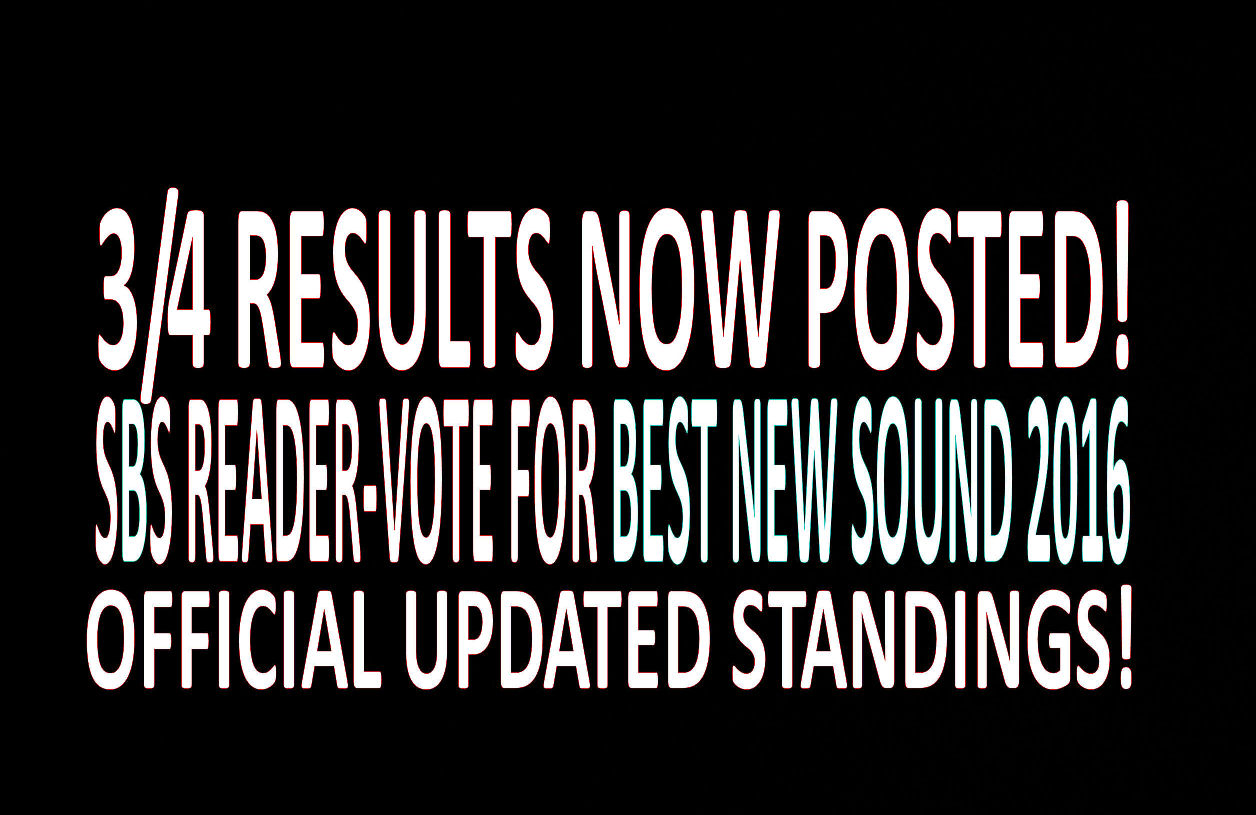 Another fantastic quarter has gone by, leaving but one and only one quarter left for you to cast your vote and support your favorite nomination for this year’s Best New Sound to be immortalized on our site forever on our Wall Of Fame being installed first thing in the new year!

3/4 into the voting period now – this is the final snapshot of the results before we post-up the final results and declare the winner on the 31st!  Still plenty of time to change the final tally…still able to rally the troops and make a charge for the throne…right up until Dec. 30th @ 11:59pm, vote here at the official polling station and make your opinion known!

Fans of the top-four have been coming out consistently while the final six nominations have struggled much more to get their people to the polls!  The evidence is all out there online…you can see the active bands/artists that have spread the word and directly communicated with their fan-base are clearly stomping those that didn’t through the results we’ve seen.  Will it stay this way to the very end?  Will The Quality Of Mercury go on to crush and dominate all FOUR result-postings or will there be a last-minute charge to the polls to challenge?  Will aMBe wake up and realize she’s had her music nominated for Best New Sound or will she continue to sleep through the entire contest?  We just don’t know!  So many things could still change – and it’s all up to YOU to make it happen!

Best of luck to each and every one of you involved and sincere thank-you to all that have voted so far.  Another solid four days to go & lots of time to still get your vote counted – take that time and do what you can to help us say thank-you to these incredible artists/bands that have made our year so amazing. With these final four days, depending on how many people come on out and how strong it finishes…looks like we’ve had our most successful vote on-site ever when it’s all said & done.  Could be quiet…but it just might also be an extremely wild next four days – be ready & get your votes in!

Your 3/4 results of our quest for Best New Sound 2016 are officially as follows: