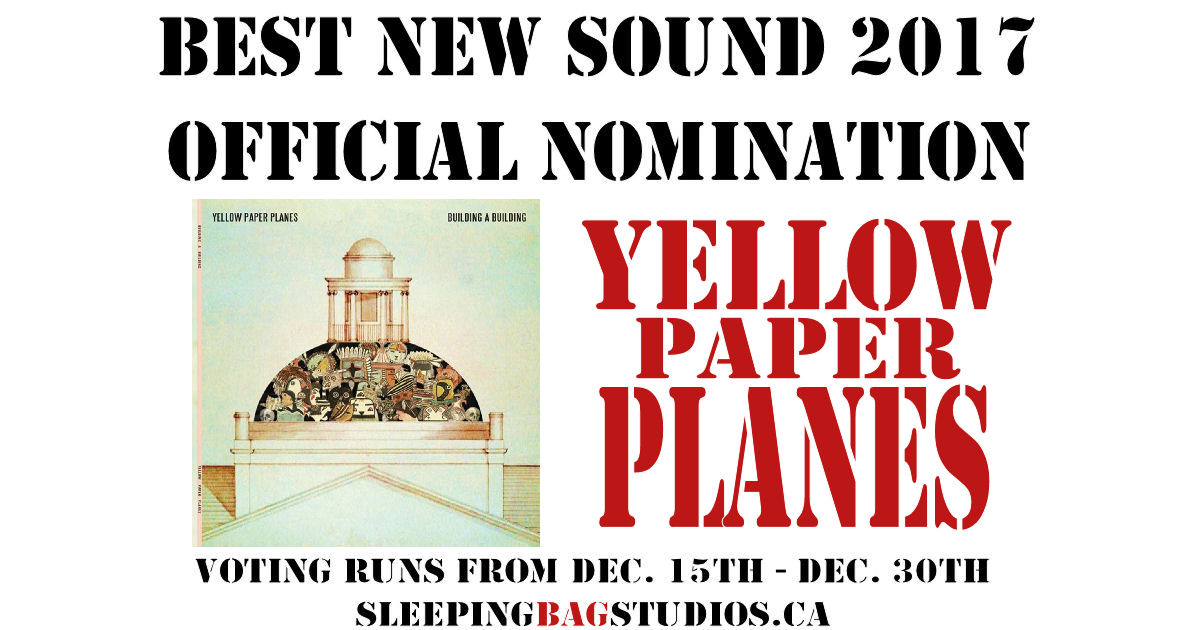 If you’ve been following along with our pages, reviews, podcasts etc., then you already know we’ve been ranting & raving about the new record Building A Building by Yellow Paper Planes as loud as possible all year long – so I had to do my best to at least toss in a little bit of suspense for them and make them our final nomination to this year’s top-10 list.  As I have said multiple times over in various formats, Yellow Paper Planes locked into their sound so incredibly well this year that it was obvious from the moment of pushing play on Building A Building that we were all in for something more than special from this crew from Columbus, Ohio…they surpassed every expectation and likely surprised even themselves with such a complete, compelling and all-out captivating record.  From their smooth-rock style to their impressive low-end grooves and weighty melodies, track after track, Building A Building showed that Yellow Paper Planes have found that intangible way of connecting to their material with such authentic passion that the magic of the moment continually translated directly to the listeners, creating an album that was stocked full of undeniably timeless tunes from beginning to end.  Do the right thing and make sure to come out and support these guys when the reader-vote officially begins on Dec. 15th – they couldn’t have possibly done more to earn your vote this year than they did with the incredible material that lines their latest album wall-to-wall.

Massive congratulations to Yellow Paper Planes for the extremely impressive songwriting and stunning execution they put into their album Building A Building and earning their spot in this year’s reader-vote.  Note-for-note, this band made all the right moves with their music and the evidence is right there for you on each and every track – Yellow Paper Planes and their new album were an undeniable highlight out there in the independent music-scene in 2017, no doubt about it.

Check out my full thoughts on the Yellow Paper Planes’ Building A Building album in review right here:

Find out more about Yellow Paper Planes at their official page at: