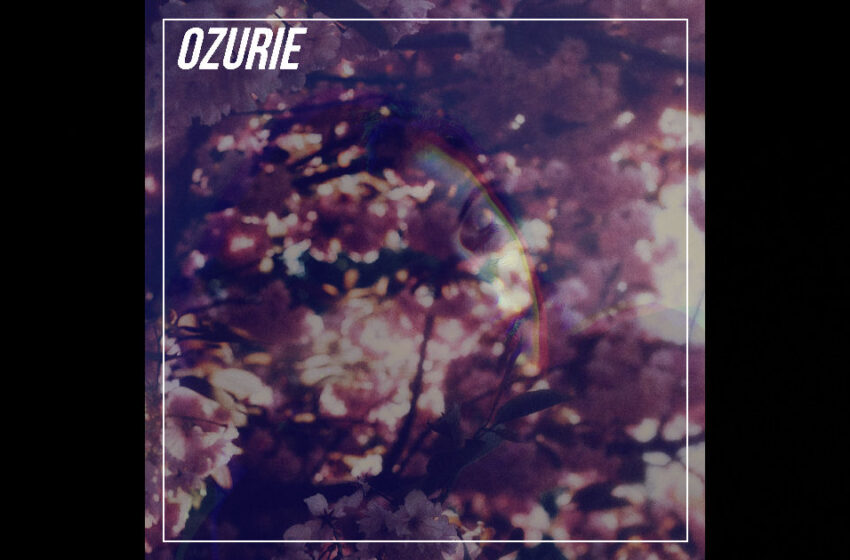 This band and I are gonna get along just fine, yessir.  The massive amount of sonic depth in these two cuts is practically everything I get up each and every morning hoping to find.  Very similar to something like Failure, a band that is never far from any playlist I’ve ever made in behind the scenes here when I’m not listening to the latest from the independent music-scene…Ozurie is about to embark on a journey in sound that is going to take them straight around the globe if they play their cards right.  There’s always room for a band like this, because there are far too few of’em that get it THIS right…I freakin’ LOVE what I am hearing in both these two singles that have been released this year, and you didn’t know this about me yet because I didn’t know this about me either until now, but I just became Ozurie’s BIGGEST fan.

So you can imagine how excited I was for a moment when I saw they were based out of Vancouver – I was freakin’ STOKED…right here in my own backyard?  It would clearly make sense…they SOUND like a Vancouver band and would fit into the scene here like a hand in glove.  Alas, it was the other Vancouver – not here in British Columbia, but in Washington State.  I might not know what the scene sounds like over there, but I can guarantee they’d be at the forefront of the circuit here in Canada…so like…you know…if they’re ever feeling so inclined to move their amplifiers up north, there’s tons of room for’em.  At the very least, OZURIE COME TO CANADA just to play a show will ya?  I need to see these songs LIVE!

That being said, I WILL take what I can get…and if hearing them blasted through my speakers right now is what I got, then happy I will be.  No joke folks…you regular readers know when I’m just being my normal positive self and the difference between that & when I wanna SHOUT FROM THE RAFTERS about how kickass something I hear is, and this is that.  Ozurie has that extra special sound that the rest just don’t, and for as murky & mysterious as their whole vibe may be, they’ve clearly got a bright-ass future.

Listening to them punch into “To The Moon” as this two-track set-list starts…the bending of the guitars, the savage low-end bass, the precision beats of the drums…the haunting whisper of the vocals…come ON y’all…Ozurie clearly has the magic, and they’re stepping straight out of the gate entirely ready to roll.  For real – bands and artists go their entire careers and don’t come out with a song half as cool as the first thirty-seconds of what I hear in “To The Moon” – I am, beyond ecstatic about what I hear in Ozurie, and they’ve got me believing from the very moment I pushed play.  Talk about raising the stakes and standards for 2023!  I can say this sincerely…it is going to take a monumental effort from some artist or band out there to remotely compete for my attention based on what I’m hearing in these two tracks.  I’m practically ready to cancel all the rest of my plans for the year so I can just sit here and continually listen to Ozurie, tyvm.  I think the best compliment I can give them is that I love these two tracks equally and already can’t wait for a third and a fourth.  I will however…if quality like this takes time, I’m willing to wait…but you get it – I NEED more of what I hear in “To The Moon” as quick as I can get it.  These guys are hitting everything with a veteran’s precision…Ozurie is far from any ordinary band, and this ain’t no typical debut whatsoever…this is as professional and ready for the moment as it truly ever gets.

I listen to “Bend” and I think to myself…yeah…somewhere between Failure and The Deftones, Ozurie is going to carve themselves out a nice spot in music’s Alt-history.  I’d be tapping a band like…Illusionaut out of Little Rock, Arkansas, on the shoulder right now…see if maybe there’s a kickass double-bill and nationwide tour that can happen.  My Canadian bacon would find itself across the line and headed south of the border right quick to see a show like that, lemme tell ya…that would be something to behold.  Anyhow – I’m sure you’re picking up the point of what I’m saying overall…now that I know about Ozurie, I’m never gonna stop listening.  These two songs are beyond perfection…they’re everything I want to hear coming through my speakers, and at all of the times.  There’s absolutely NOTHING to change!  The mix, for as intense as these guys get, is supremely spot-on…the clarity is outstanding.  Whether it’s the production or the performance, or the combination of both, Ozurie is firing on all cylinders and getting the most out of their music…you can completely hear that in both of these tracks without question.  I love the way they’ve got their instrumentation set loud & proud, and the vocals slightly shrouded by the rest of what surrounds them…it makes their music LARGER THAN LIFE, and powerfully dynamic AF.  My ears recognize a force to be reckoned with when they hear one y’all…so mark my words and feel free to quote me on this – Ozurie is coming…these dudes are destined to make huge waves in the music-scene.

From the roots of their 90s Alt-Rock inspirations, to the grittiness of their fierce texture & tones being able to reach the explosive heights of badassery like This Will Destroy You! creates, or the adventurous & exotic vibes you’d find in new acts like Illusionaut – Ozurie is every bit as outstanding on every level.

Find out more about Ozurie at their official page at Instagram:  https://www.instagram.com/ozurieband