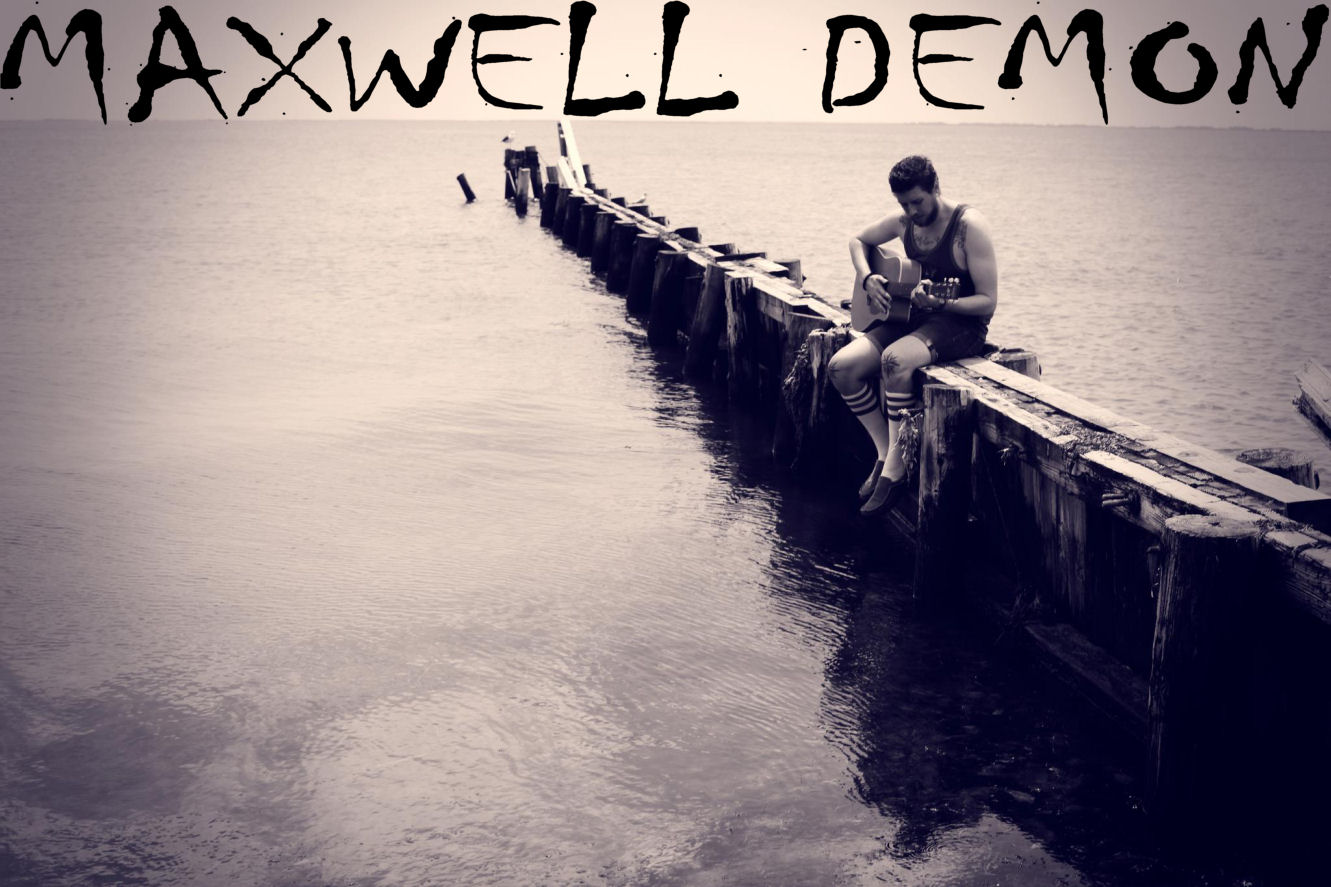 That’s where I’m starting with this album in today’s review. In truth, I’ve been awake for an extremely long time again…to the point where I’ve stopped keeping track of just how long it has been…I’m floating along…existing…breathing like I’m counting it as a victory…could this album by Maxwell Demon have possibly come at a more perfect time for me?

I suppose what I mean is that this new set of songs by MD, beautifully titled Aurora, plays out thematically, the exact state I’m in right now…somewhere between dreaming and awake. From the moment I pressed play on the first track “Cross” it was like the entire room around me got as hazy and dreamlike as the music – instantly having me recognize the atmospheric elements that play an extremely large part of what Maxwell Demon creates.

For an eight song album – this thing BREAKS GROUND. Literally – you haven’t heard this before; the best I can personally put it would be that if you took the alternative rock band Arcade Fire, the electronic genius of Styrofoam and sprinkled a little of the eccentricities of Built To Spill in there and you’d have something that would sound CLOSE to what MD has created on Aurora. This is the kind of innovative, inventive and unique music that keeps my brain in good company.

I’ll never get over that amazing feeling that comes along with listening to something new for the first time. The playful guitar line in the opening track had me hooked instantly. “Cross” has that soft but crystalline vocal feel that our hero (& Jesus of SBS) Dave Grohl puts so much work into for the softer side of his music projects. As it drifts along into “Laidback,” I realize the minimalist approach that Maxwell Demon has put into his music here. Drumbeats are nothing frantic or too fancy…they fit the song, every time. And as was the case with “Cross” – he continues plodding along through the mist of his own creation in “Laidback” filling it in with some absolutely astoundingly well-recorded guitar tones.

One thing that struck me while listening to that last track was just how familiar ALL of this music feels – which is surprising yes, I know – I’ve already mentioned how we’ve never heard this before… Let me explain!

It’s as if Maxwell Demon has found that chord that resonates deep within me…maybe within us all. Every one of these songs felt like they reached into a part of my memory and helped me remember something from the past unknown…but comfortable all the while. I fully recommend closing the old eyelids and really taking this one in.

I’ll admit – on my first listen through, I had no idea what to expect. Once I had finished with “Ballroom” – which had felt slightly out of place to me – the rest of the album lined up in one incredibly fantastic sonic adventure. I think I got the overall picture in this diverse and experimental mind-maze-on-wax from Maxwell Demon…

The track “Ballroom” went a little too much towards the straight and narrow for my personal taste, resulting in a track that was nearly right out of the Social Distortion catalog, only updated by Maxwell’s signature vocal tones. If there’s was a miscue, or a misstep in the album – this might be it; but fortunately – this album Aurora INSTANTLY dives right back into the artistic roots of whence it came with a flawlessly BRILLIANT interlude (“The Snow Was Falling”) that runs into two of the strongest tracks on the album with “Deep Mass” and “Castles.”

“Castles” is completely awesome; it brings in a scattered electro-beat and a reverb-laden vocal masterpiece that nearly sounds like a lyrical nervous breakdown. I can’t get enough of this track; it envelopes, it PURSUES THE LISTENER and comes directly at YOU – practically pulling you into the atmosphere and texture he has created, physically, through the audible dreams he has collected here on Aurora.

It’s albums just like this one by Maxwell Demon that make me a continued believer in the approach sleepingbagstudios takes to music. While the sounds are hazily pulsing along, one thing becomes abundantly clearer than the rest – I’ll never get tired of hearing the music of the independent scene out there in this present day and age. Each and every time it’s brand new – it’s a complete gift; a new feeling or a new thought, or a guiding light for my own musical journey still to come.

Aurora, by Maxwell Demon is no exception to this beloved routine of mine. I want to put this album on at four o’clock on a foggy morning and simply walk around my city. I want to create art and have this playing in the background for power and inspiration; for through the haze becomes the vision and the dream.

And through the dream becomes reality. This album has an incredible amount to offer in such a short amount of time…and I’m realizing now that I’ve been listening with every ounce of my attention. The music may sound like it’s right out of a dream, but the lasting inspirational impact this album has will leave you feeling like you’ve never been more awake.

And not just existing. ALIVE.