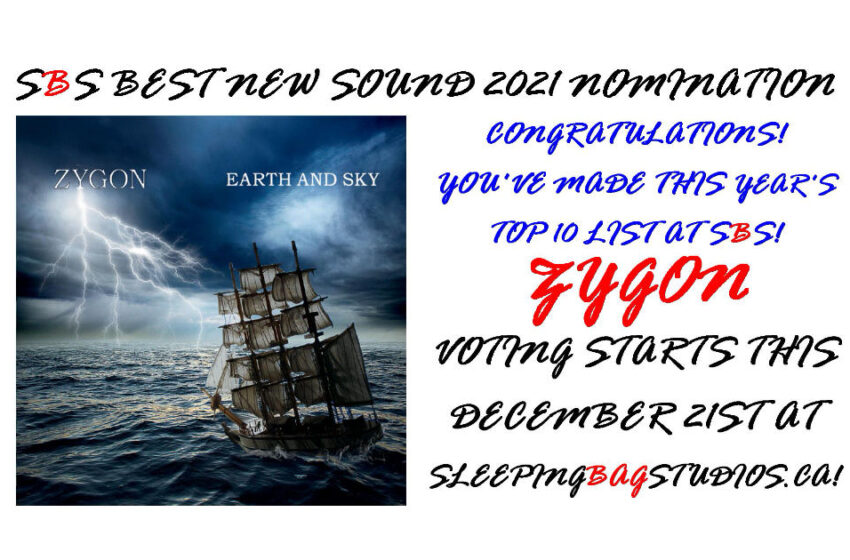 Our annual quest for the best returns!

Posted in randomized order, our top ten nominations for the SBS Best New Sound of 2021 will be revealed on our pages from Dec. 6th – 15th!

Join us in congratulating our official nomination of day 01 – Zygon!

Talk about creating a major first impression – Zygon created TWO in one year, slayin’ it back-to-back with some of the most wild, adventurous, and skillful sounds in the Instrumental/Rock realm in 2021.  Not only was the internet-based band’s original debut record Earth And Sky absolutely filled with seriously killer musicianship and highly innovative ideas, but Zygon could have just as easily been nominated for the efforts of their follow-up record Signs And Symbols released within this same year.  Amazing ideas on both these albums from Zygon from start to finish, and instrumentation that’ll straight-up blow your mind; for their debut year, it was nothing short of remarkable & full confirmation that they’ll be a force to be reckoned with on every single record.

Read our review on Zygon’s Earth And Sky by clicking here.

Full contest details will be announced on December 18th for the upcoming reader-vote to decide the ultimate winner of the SBS Best New Sound, who goes on to live on forever on our Wall Of Fame as the undisputed champion of 2021!  Why undisputed?  Because YOU get to decide the winner – and we couldn’t do it without ya.  Make sure to keep your eyes on our homepage & social media pages, and we’ll be sure to let you know when it’s time to cast your votes this year!