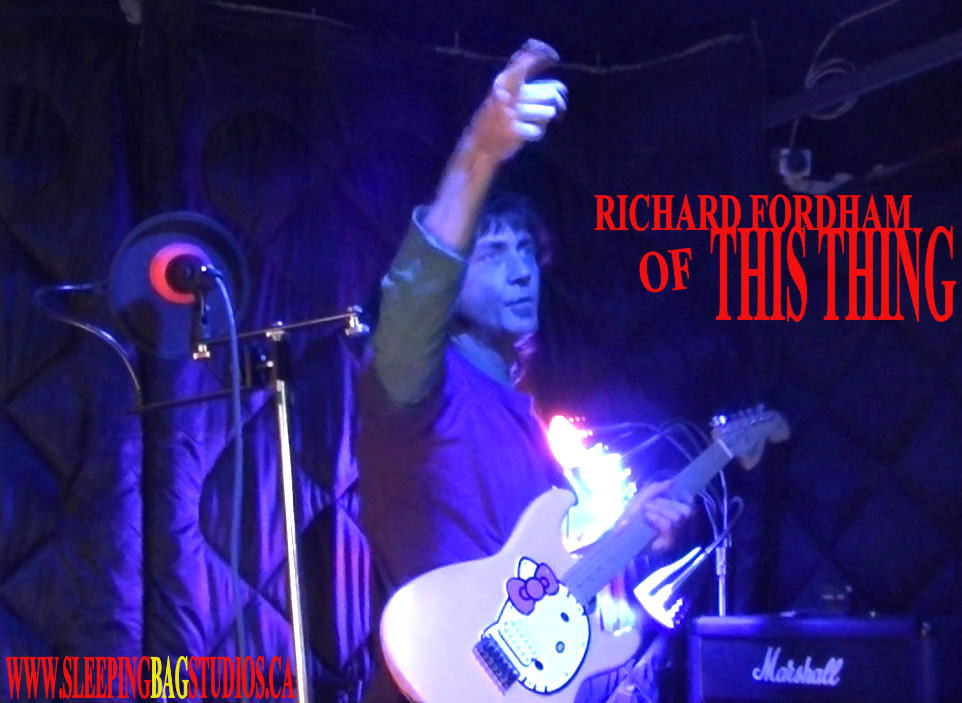 The second of three ‘bands’ that I would interview within the same day – I was pretty beat already by the time I got around to interviewing Richard of This Thing, a multi-faceted music-project that could include as few members as just himself, all the way to a roomful of musicians jamming along.  I’d only finished interviewing A Cold City Night moments earlier…and though I’d spaced everything out to make sense that day for charging camera-batteries and my own batteries for that matter – Richard showed up about ninety minutes early to add a brand-new challenge into the day!  It’d be impossible not to acknowledge that with no break in between my first interview and this one, he had me scrambling a bit; but from the moment I saw him haul out his Hello Kitty pink-guitar, I knew I’d be in for something different…and that got me going again.  By far one of the most ‘out there’ people I’ve ever had the privilege of talking to – This Thing and I got right into it…solid interview of real-talk and I always appreciate that.  There was no level of BS with Richard…he tells you like it is and leaves the answer with you to either make-sense/not make-sense to you personally – but he’ll still be making music, regardless of how it all sits with anyone else…and I dig that too.  Performance-wise…it was definitely one of the weirder moments at the beginning of our time on SBS Live This Week as well…it was the first time I had to set up a backing track for This Thing to play alongside and finding that direct balance proved to be a tough one; but again, to our credit…it was the first time we’d be asked to fill the room with a pre-recorded cut.  Always doing our best to accommodate any bizarre circumstance or situation – we eventually got him up and running with something cobbled together in the studio that would work for him…and This Thing did his thing!  Check out some more still shots from late in 2012 when the show first started!