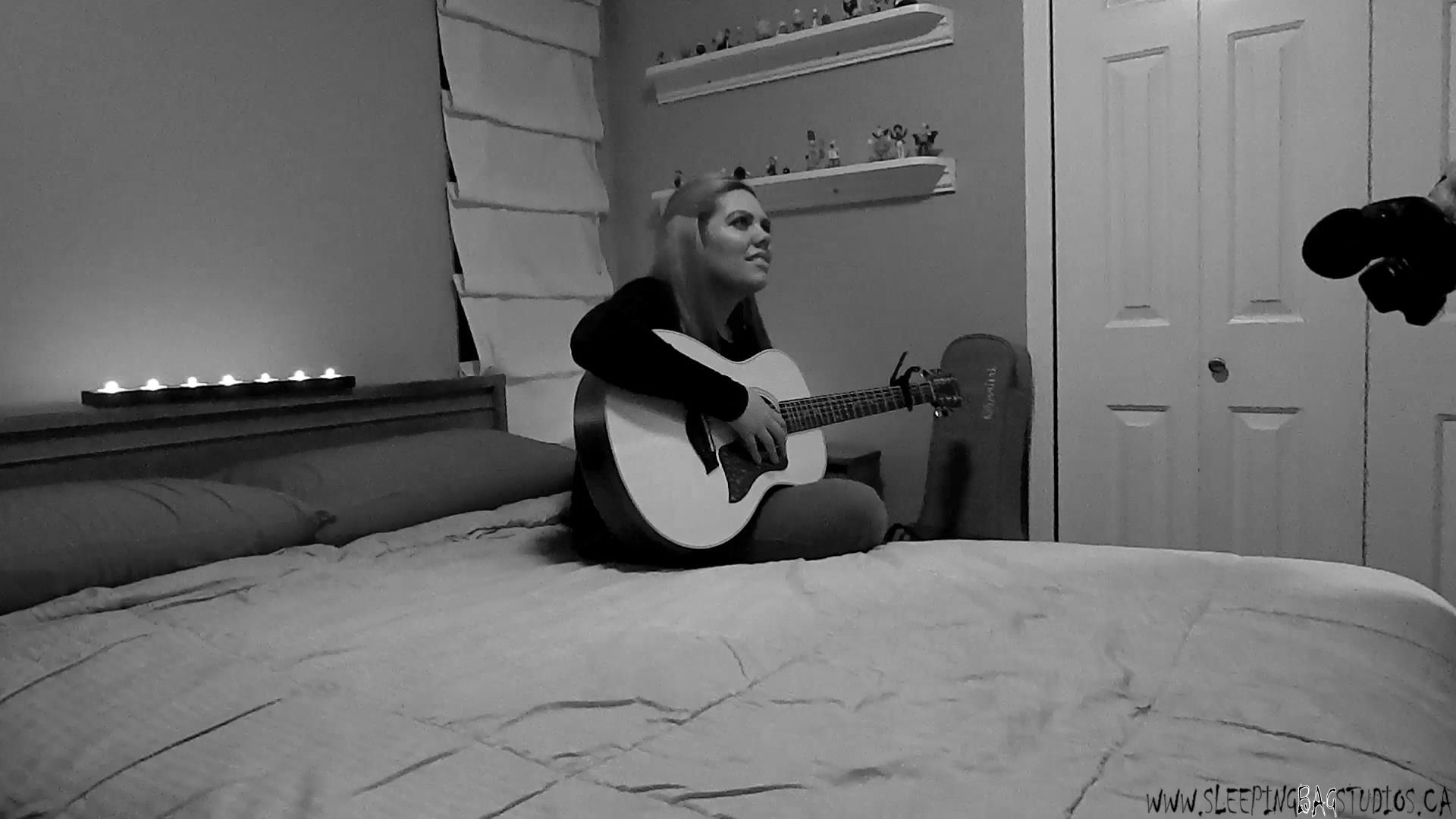 This lady is a shy one…but equal-parts fantastic.

We actually met Kat Hamill for the first time in the first days of opening via messages over e-mail…in the haste of getting everything organized, things were eventually scheduled, moved, missed, rescheduled and eventually thought lost for all time…but thankfully that didn’t stay the case.  I caught a glimpse of Kat performing a cover of Regina Spektor’s “Jessica” and I just thought the isolated, intimate performance was a beautiful thing to hear & see…it’s a raw video for sure, but at the same time it revealed the talent that resides within this sweet performer.  Though it took a couple years to do it…eventually we did end up getting Kat to come out to the studio after all; she showed up to our second event with EverydayMusicTV and with a completely honest & earnest performance, she made the first series of 1000 videos on his site, shining just as brightly as I knew she would.  Here’s some pictures from that wonderful moment in 2014!