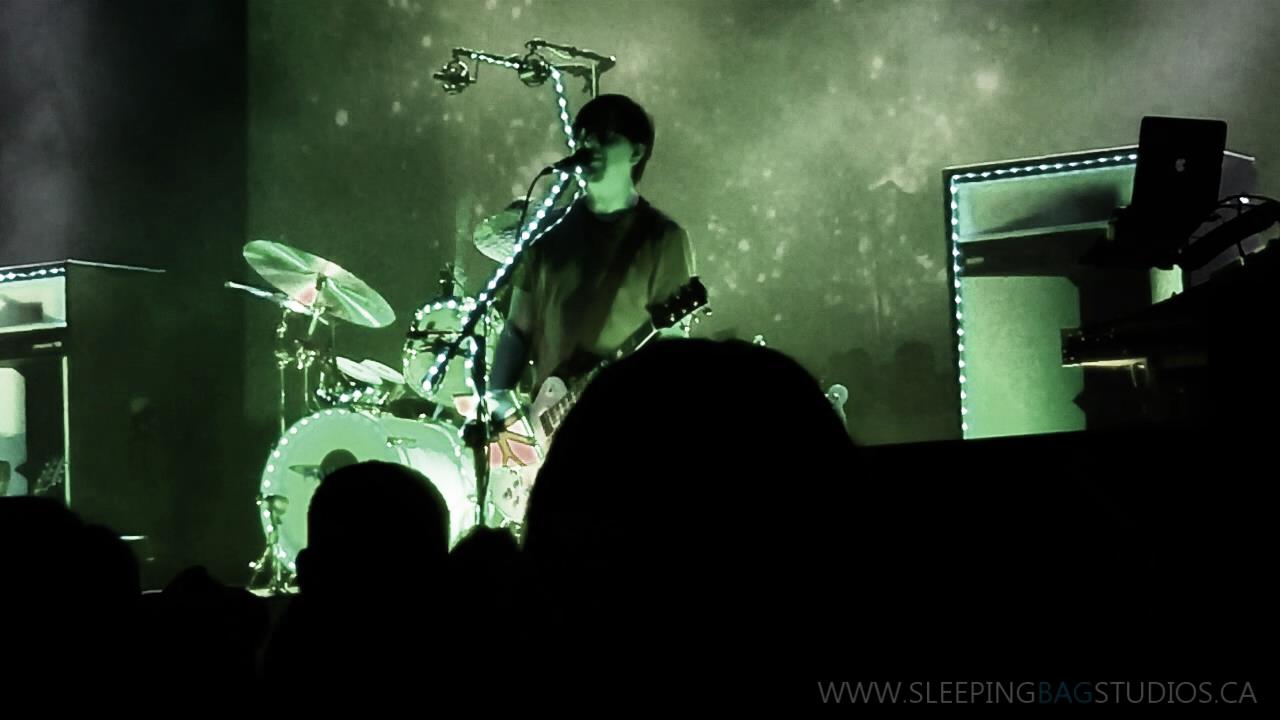 Here’s a look at some of our favourite memories from our history…the SBS Photo Journal!  Gathered from our show SBS Live This Week, live events around local Vancouver, BC & beyond, and from all our random experiences here at the place we love more than anything, sleepingbagstudios.  Insane story on this one totally worth taking a second or two to share with ya!

Failure happens to have been one of my favourite bands and has been for years since first downloading their music at like, age 16 or somewhere around there.  Crazy!  That was TWENTY years ago for me now…and man, the impact of the work of Ken Andrews of Failure has gone on to resonate within me throughout the years.  Often cited as a major influence by many of the mainstream successes…Failure bubbled just below the surface and managed to always keep a dank, underground-cool to their music & persona.

So when I found out they were not only reuniting, but TOURING as well…I nearly shit my pants when I realized they were coming to the RICKSHAW Theatre of all places, which can easily put you within four-feet of any band or artist onstage.  So cool!  Beyond stoked…I actually lone-wolfed it that night and went on my own, but I did bring a camera with me…just a habit.

I ended up filming more than half of the show and ending up with a bunch of still-frame shots that I would eventually tell Failure about via message to their online social media in a post that thanked them for the mind-blowing, kickass show I’ve always wanted to see from them.  I let’em know…if they wanted the pics to just drop me a message and I’d send’em right on over in a download link for them.

So…as it turned out…about a week goes by and I get a message from a ‘Kelli Scott’ – and I soon realized that I had no clue or way of possibly knowing whether or not it was the drummer of Failure they were claiming to be…especially since the e-mail came from nothing officially ‘Failure’ and just some regular-assed gmail account.  I mean…it COULD have been possible…but it honestly seemed shady…so I pushed back and told Kelli that Kelli wasn’t in fact, Kelli at all.

To which Kelli responded…not all that impressed with the fact that I didn’t buy the story and offered further proof through biographical-context.  I apologized profusely…last thing I’d ever want to do is offend anyone in this band I have loved so much throughout the years…even if it was the most recent addition to the lineup!  I sent the link…and in truth, that was the last I ever heard.

So basically I get to wonder if I totally offended my heroes…or if the dude I was talking to ever really was Kelli Scott…and I don’t know that I’ll ever really be able to get an answer to that without seeing the dude and talking this out in person at this point, know what I mean?  The internet’s a crazy-assed place…but I’ll be damned if I don’t love it despite all its weirdness – it 100% gave me the access to music like Failure – a gift I could never fully repay and music I never take for granted!