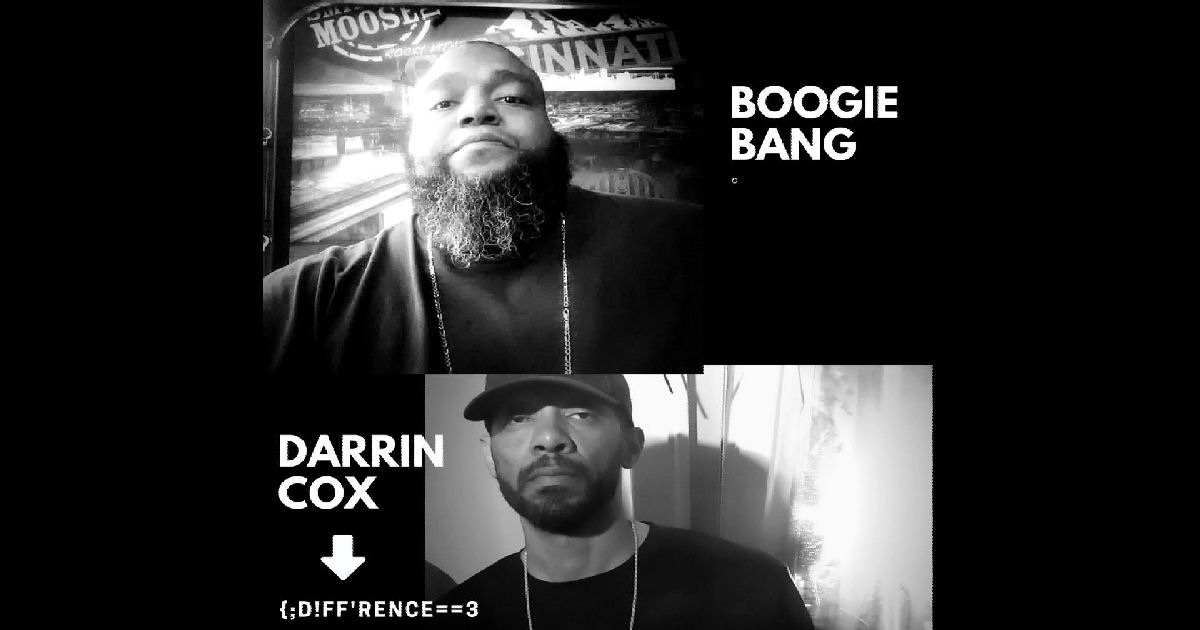 Straight from the official desk of Phonic Blizz Ent. – an official press release on two emcees you can’t be caught sleepin’ on!

It looks like it’s going to be a great summer for great music from signed and unsigned artist alike.  Boogie Bang who’s a very talented visual artist, writer, spoken word artist, and producer. {;D!FF’RENCE==3 aka Darrin Cox (pronounced diff’rence), a fan turned artist, says HipHop is having that feeling of “allure” again.

The two notable emcees hail from O-H- to the dime (Ohio).  After “Boogs” purchased some recording software and started creating instrumental soundscapes” D.Cox” started formulating ideas and choruses for fun.  He did it unknowingly until a CD was mistakenly played.  Friends seen potential. What was just a sport may be a transport.

Boogie Bang has collabed with DJ e.kwality as Red Eye Blue, IsWhat?, and currently has a record out with Sorg & Napoleon Maddox.

Boogs and D.Cox had a great response to the single “Smoove Crimino”.

The two emcees also hooked up for a thought accessing song for reflection named “Listen.”  It speaks of us as humans refusing to lend an ear and sometimes the humbling effects of the results of such actions.  The track is produced by Aesthetic Labs.  The hook grabs your attention with presence while the laid back keys and drums are a perfect back drop for thought raising lyricism.