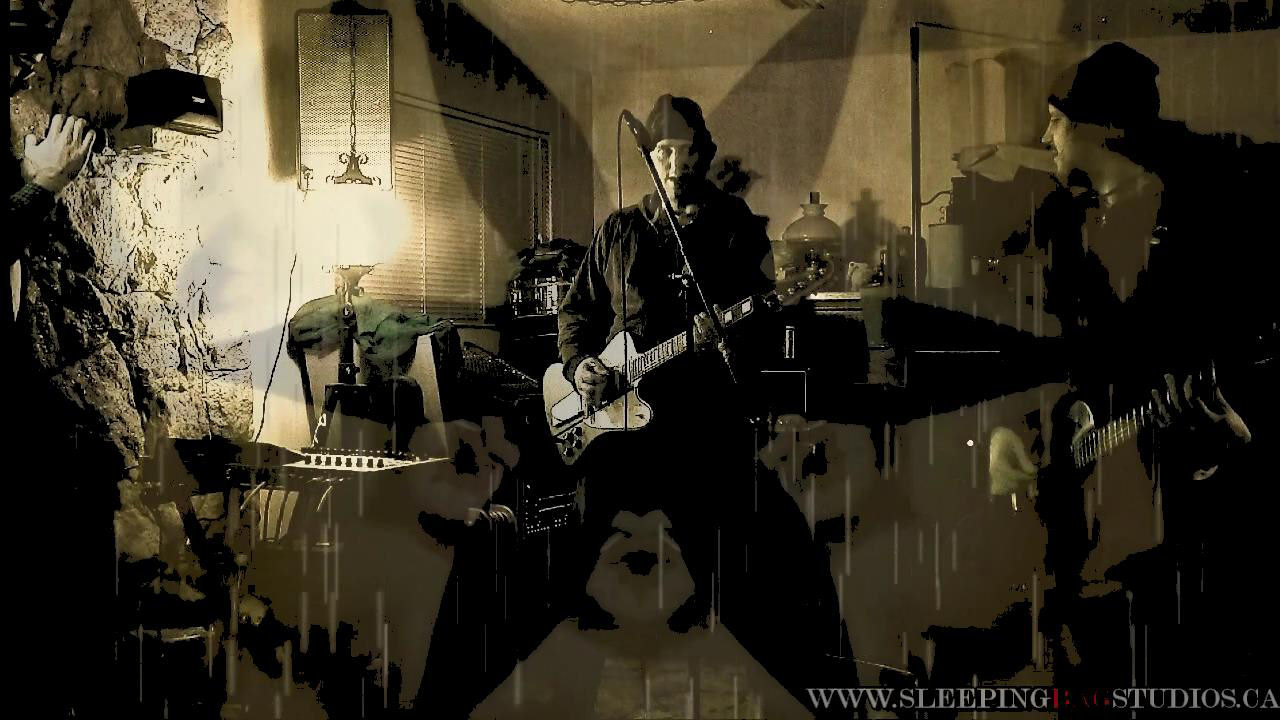 Here’s a look at some of our favourite memories from our history…the SBS Photo Journal!  Gathered from our show SBS Live This Week, live events around local Vancouver, BC & beyond, and from all our random experiences here at the place we love more than anything, sleepingbagstudios.  As mentioned in the SBS Photo Journal entry just prior to this one, we’re now in our last three bands to be featured on the original series of SBS Live This Week when we were still hangin’ out on that cesspool known as YouTube…you know, that site that secretly works against the independents and completely supports the mainstream…that YouTube.  Oh – you’ve heard of it!  Okay then…I’ll move on…  We’ve got pictures of Closer here…a very special band to us.  Not only are they complete giants of Vancouver’s noise-rock scene, but we’ve got pictures of this band since they were in DIAPERS!  Well…not actual pictures…and they were probably old enough to have stopped wearing them by the time we met them…but we have seen this entire band go from being a concept discussed and lightly thrown around to a full-time vision of art & rock fused together successfully out there in the music-scene today.  Incredible to watch this project come together…and through our show SBS Live This Week and video taken behind-the-scenes, we’ve caught everything from Ryan Rutherford’s first onstage appearance with band The Pit, whose members went on to become half of Closer (Trevor/Tyler Hutton), now all playing along with Jake and eventually April from Ryan’s previous band Doc Holliday.  The path is a rad one of collaboration, adaptation and triumph – this band kicks complete ass through and through.  They’ve just released their first record – a split LP with another favourite of ours – Fey on an album called Sugar in 2015 – keep your eyes/ears out for that review coming very, very soon.  For now – check out some pictures from our 2014 interview with Closer!  Being on such good terms with this band…I ventured outside of the studio for the interview for the first time since interview Aztec out on the street long ago in 2013.  These beasts were more than hospitable and the entire episodes, of SBS Live This Week (076-077-078) were actually all filmed over two separate dates and a couple of methods to capture the audio.  Also lending a hand in the episode is Tyler Mayfield of Lung Flower…who at the time was still somewhat one-foot inside the SBS inner-circle and thinking of climbing aboard.  At the end of the day, we couldn’t pull that rockstar away from the microphone and he remains the rockstar he is today – BUT…we did manage to get him to cut his first official video, which he did inside the Closer episode and it was rad as all-hell – check out the photo evidence of the entire event below!