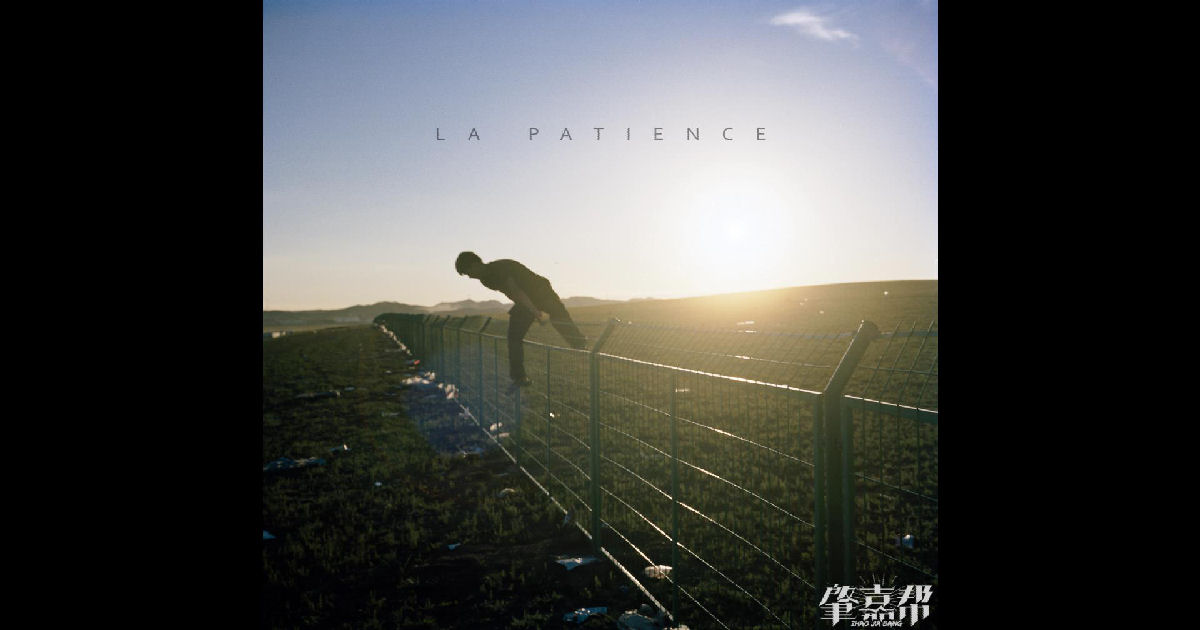 Mind blown.  This might be one of the coolest things I’ve experienced all year.

Grim as all fuck…don’t get me wrong…we’re dealing with some HEAVY concepts here – but man are they relatable and man is this done RIGHT.  The new single “La Patience” from Zhaojiabang is a cross-cultural fusion of awesomeness from audio to video – I’m massively impressed by just how well this translates…and just how realistic this entire concept really is.

So…where to start…because there really is so much to love about the level of focus & execution here.  First of all, the song itself, is as stunning as it is hypnotic; it’s like it has its own gravitational pull and continually pulls you in to listen until you’re fully absorbed and enveloped in sound.  “La Patience” mixes moody melody, grunge-rock influences, and seriously clever writing to make a maximum impact with this new single of theirs.  Mavis is responsible for a lot of the captivating sound we hear – her lead vocals are ethereal & atmospheric; she sings with bold tones and confidence & intensity that match the music perfectly.  Like much of “La Patience,” I felt the more that you hear her voice – just like the more you hear this song, the more it all speaks to you overall.  As to what your take-away will be from the message that this single plunges headlong into – that’s going to be what tells you if you really ‘get’ it.

Because while it’s definitely sonically badass to listen to…the grunge-inspired sound of the guitars from Yea and the low rumble from Jerome’s bass…the hard-hitting style of Giagia’s drums…it’s all awesome without question – but they’re not going to just spell out the meaning of this song for many of us.  Mavis sings in both Chinese & French; while you might think that would leave some of us English speaking folks & other languages out of the loop…you’ll be surprised at just how much of this idea bleeds right through and translates through its energy.  No weak points in this band that I can hear – not only do they all play great individually, the sum-total of their power is formidable…this performance comes through and echoes the message that they’re looking to communicate – almost with the urgency of an emergency.

And perhaps it is…an emergency of sorts.  Watch the animated video that Zhaojiabang has put together for “La Patience” and you’ll understand just how important and urgent the message of this song really is.

You see what I’m talking about?  I like to think you can hear it in the emotionally expressive style of Mavis’ vocals and the increasing aggression/intensity in the music of “La Patience” – but just in case the lyrics being in another language threw you – the band brilliantly resolves this issue by laying it all out there visually in the amazing video that goes with this single.  If you can’t relate to this – consider yourself lucky; if you CAN relate to this video – know that YOU are basically the main character onscreen.  If you’re not that character, unfortunately, you’re one of the surrounding zombies of the daily 9-to-5.  But much of this video dives way deeper than most cartoons will ever dare to take you – it begs the question, is it better to be woke & aware of what makes life great, only to have it ripped away by the mundane tasks & responsibilities of a made up man-made system…or would it in fact, be better to be one of these office-zombies that don’t think about, don’t know about, or wouldn’t understand that there is more to life than working every day?  Ignorance is bliss in many ways…and there’s an argument to be made that Zhaojiabang puts this concept on display in many different forms throughout the video.  That being said – it’s the main character’s journey that we’re following…again…one that would essentially represent ANY of us potentially, that have ever thought about escaping the daily grind of routine.  I know I’ve certainly dreamed of these things…that’s what brought me here to these pages.  I like to think that’s probably brought Zhaojiabang to doing what they’re doing now as well, making music.  And while the main character in the animated video makes a completely different choice as the ultimate decision in the shocking ending that concludes the storyline – perhaps that’s the end result I’d have to consider I would have been in for if I hadn’t found a way out of the working world & meaningless dead-end jobs.  Maybe it’s art that saved me in the end…maybe it saved Zhaojiabang too.

Anyone that’s ever felt trapped in this world, in any capacity, will definitely feel this vibe in the video.  The brilliant use of added color when the main character finds the way out of the working world…the sheer horror of being dragged back to the desk after discovering such beauty outside of the office walls…the mindless mechanical nature of routine…the complete helplessness of knowing that, essentially, this is life and this is all there is, for far, far too many of us out there.

What the video really makes you wonder…is that if everything that made life special to YOU was stripped away somehow…would that still be a life worth living?  I think Zhaojiabang answers this question brilliantly at the end of the video for “La Patience” – it’s as accurate as I’ve ever seen this concept onscreen really.  What they’re pointing out ultimately, is that there is no cage for the human spirit…and that no matter how hard the machines of modernity might try to contain us, one way or the other, we will break free.  It might be a grim conclusion…but I’d be willing to bet that the more you examine this entire song and the concepts they’re putting forth here, the more you’ll find you completely agree with the choices made by the bitter end and understand we’re all just a short breath & a heartbeat away from making similar decisions if we ever find ourselves in similar circumstances.

Let art & music save you.  Let your passions in life save you…whatever they may be.

Because if you don’t…believe me…your fate might just be the pavement…or even worse than that, just straight-up wasted time, devoid of any meaning or conscious thought.  “La Patience” is a bold warning to wake up…and a stark reminder of what can happen if you let the chains of corporate life take hold.  I found every second of this song and video to be completely fascinating and brilliantly executed – Zhaojiabang had me invested in every moment audibly & visually.  I felt like I listened & watched so closely & intensely to everything going on…like my very life depended on it.  And in a way…maybe it did.

This was absolutely killer…by far and away one of the raddest experiences I’ve had with music in any language – Zhaojiabang scorches with a sensational single on “La Patience” – I won’t forget this song or video anytime soon.  There’s wisdom here that runs deep…and dammit, it’s entirely unafraid to be real.

Find out more about Zhaojiabang at the official sites below!

Listen to the new single “La Patience” direct through the links below!