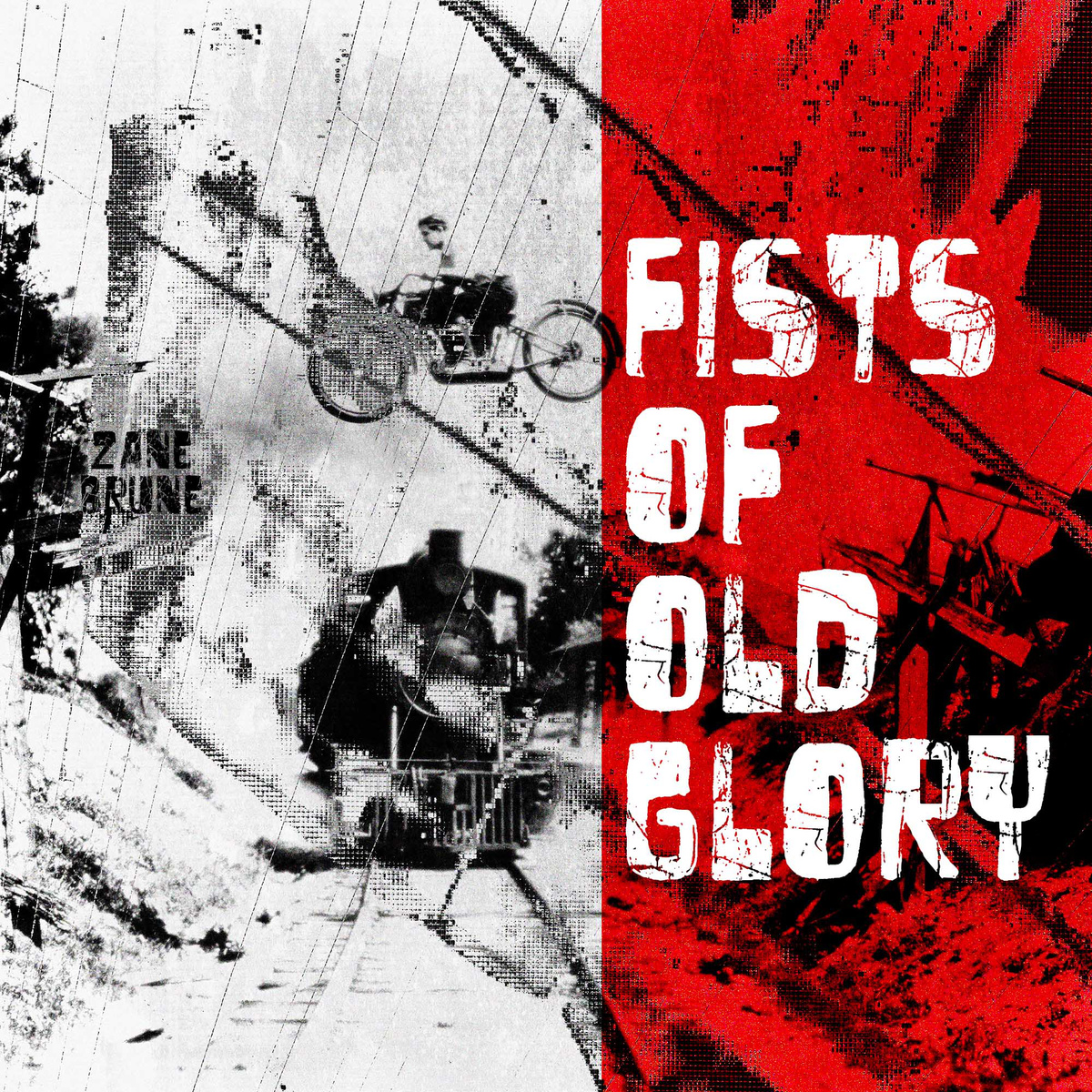 Is Chicago? Is not Chicago?

Someone out there, presumably the man identified as Zane Brune, will get that reference…

So here we are again, reviewing music by one of its true avant-garde madmen and one of the hardest working human-beings this side of having a Terminator’s liquid-metal shell underneath that I’ve known of or been listening to over these past three years. But is it just me – or is it possible that Chicago’s own experimentalist is becoming…I don’t know…even better than he was before?

In a true blend of something along the lines of Tom Waits meets the Mike Doughty of Soul Coughing (and the older tunes at that) – Zane Brune’s album starts out with a funk/rock/jazz/experimental fusion with “We Feel Bad Sometimes.” The vocals come out perfectly on this opening number, the trumpets and horns punctuating the music as it plays along…it’s a song that definitely comes out strongly out of the gate. Alongside an excellent jazzy drumbeat, the vocals are delivered with true artistic confidence and the courage to go after what this world sounds like to Zane Brune without cowing to influence to advice.

As he heads into “Bag It, Tag It” there’s no doubt in my mind anymore that this guy has stepped up his game here on this album. The funk-bass-line that keeps this track moving is just a gold-mine of a find musically – he must have been freakin THRILLED at the creation of this hook; I know I would have been. His signature spoken-word performances have found their perfect placement in the mix, and his passion for his art rings true through every whisper, drawl & yell.

“Puppet Motel” struck me as closer to what I would normally expect from Zane, but with what sounds like even more confident performances here on Fists Of Old Glory it all seems to come together a lot more solidly here than it might have in the past. There are just incredible, subtle breakdowns in the music of this song and overall, it’s just an incredible canvas for a spoken-word artist like Brune to work with. It moves with a much more atmospheric pulse than its two predecessors, the switch in the energy might have been a bit early for me even though the track itself is something I like nearly as much as the opening two.

Jeeeeeeeeez when this guy finds a groove though…it’s powerful stuff. “Wild Town” is a complete delight; bass-driven with sweetly-toned horns contrasting against various elements of music pretty much coming at you from everywhere until just prior to the two minute mark when the groove kicks back in. Touchdown Zane…this rhythm is one that works big-time.

When “Fever” started out, I nearly thought he was going to take us back to the old-school and start rhyming. It’s like an eighties-influenced rap beat, and herein you also get one of the wilder experiments from Brune with a thoroughly bizarre performance. I’m gonna have to say definitively that this one didn’t work for me personally; but that’s exactly the thing about art is it not? For some of you listening, that’ll be your favourite. It’s subjective like that; his performance, the production…it’s all the same quality – there’s no let down there, just wasn’t quite my jam like the songs before have been.

“Hiding In Your Place” returns a little bit of the jazz/funk combination into the music with a down-low but grooving beat, slowly transitioning for Brune to blast off into slow-space with “Black Dove” to follow. Using the best of his Reed/Bowie sounds, he moves slowly through this track, hinting at the melody with his vocals…NEARLY singing! But it’s not going to be me to accuse this spoken-word enthusiast of doing that…just saying…SOMEONE might make an argument that he has left himself a little more loose of his own patterns here and sung this one out 10% more. Someone…umm…someone ELSE…not me…I swear… I would simply say the song moves impressively at its slow-pace, and allows Brune to really communicate his poetry in words to us all with a more emotional performance.

“Rock To Me,” is one of the more interesting tunes here in the middle of the album. It’s got a great, empowering sound to the beat & music and I love the slow pulse of Brune’s vocals as they stick with the energy of the song and brings out a subtly-frantic sound to his performance. I don’t know if he uses some sort of vibrato, or if that’s just him – but it works. Excellent end to this cut with an added level of clarity brought into the mix for the final minute or so; but you just wait until Brune messes with your mind with one of the best tunes on the album, the following tune called “We Be.” There’s no doubt about this guy’s incredible ability to work in the bass-lines, and this song is no exception; but I also guarantee you that by 20 seconds or so in you’ll already be blown away at the direction it takes. Always an artist to keep you guessing; I can also guarantee that if you’re anything like me, it’ll only take about thirty seconds before you feel like you’re right there with Brune in this innovative idea and atmosphere he’s created.

Carrying on that strength, another of my favourite tunes on Fists Of Old Glory is “Moth Man.” Just perfection here; a slow poetic pulse & rhythm – bass, guitars, drums, vocals and ideas all combined in a genius assembly. This one has a real art in the writing and playing…honestly, just a wicked groove – if you dig on your spoken-word with extra sauce – “Moth Man” should have you wiping your chin after this artistic musical face-blast.  Great tune!

Digging into the dirt of Claypool’s garden for some truly grime-laden bass-tones in the opening of “A Seaside” Brune starts to unwind us slightly with this relaxed beat that becomes more light that it’s dank-ass opening as it plays on. Completely stellar guitars drift in an out of this track in vibrantly explosive melodies, but again, he’s got an excellent set of ideas all working extremely well together in this chilled-out groove.

The final original tune on Fists Of Old Glory brings in a little more crunch to the funk/jazz fusion with some dangerous and menacing guitars riffing it up around the vocals in “Hellblazer.” With sharply programmed drum-sounds and excellent vocal samples backing up the madness from Brune, as the beat kicks in harder & quicker around two minutes in, it’s another wicked moment in time and another great combination of innovative versatility. Closing the album officially, he puts another spin on “Wild Town,” which actually takes the song in a more straightforward direction than perhaps the original mix. I appreciate what he’s doing here on this mix as well, personally I’d take this song in either form, but I dig on what Zane Brune is up to completely…so I suppose if I’m honest I’d take the original that contains a little more of his traditional madness…

He always keeps me guessing, always keeps me interested and NO ONE else out there right now is putting music out there like Zane is right now. Continually evolving and shifting his sound as an artist to always produce his best work as his current work, he’s done it again here on his new album. Do your ears a favour and give them a brand-new listening experience incomparable to any other, truly; check out Fists Of Old Glory and support Zane Brune here at Facebook: https://www.facebook.com/zanebrune