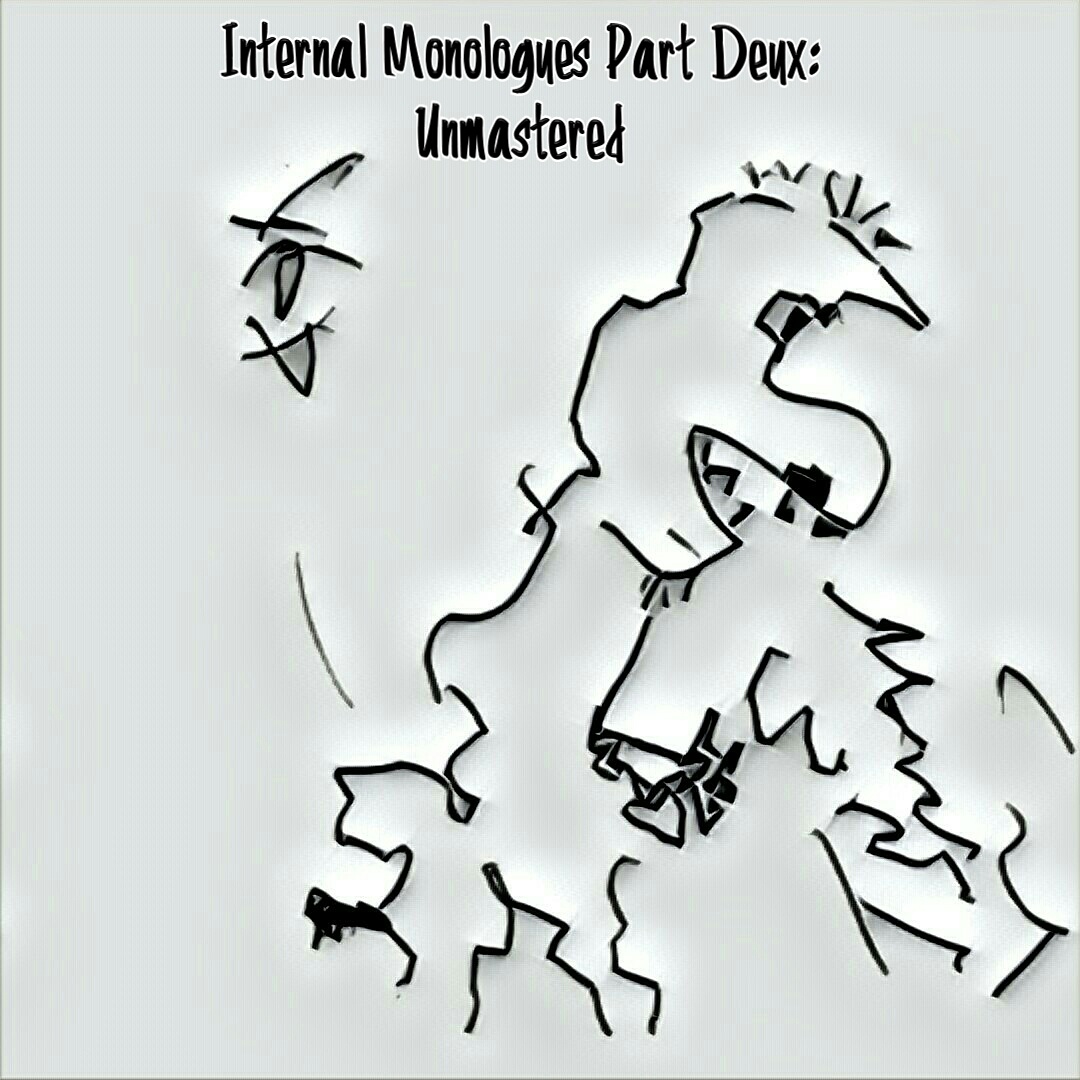 Alright…so today, for the most-part, we’re evaluating ideas on the new IM2 (Unmastered) EP from Yo Daddy Doe.  As the full-title implies – these are concepts and rhymes still in the incubator, yet to have their finalized mix and mastering…production comments would be redundant here.  As it stands, the songs would definitely still need their finishing touches to make the impact that Yo Daddy Doe is looking for – but as I’ve said many times…what’s always most important to begin with is that the ideas are there.  Production and ironing-out the wrinkles is something that can always happen later on down the road…but it’d be hard to find that motivation to finish anything off if the strength in the ideas wasn’t there to begin with, know what I mean?

From what I’ve heard on IM2, aka Internal Monologues Part Deux, Yo Daddy Doe’s got solid ideas that work well running through the five-songs on the new EP.  Part of me has concerns that even with the most bangin’ mix & mastering that could be applied that YDD is still going to have a tough time standing out.  Don’t get me wrong…that doesn’t mean the ideas don’t work; it’s more of a comment on what we already know is happening out there in the rap/hip-hop genres and whether or not Yo Daddy Doe has done enough to set himself apart from the rest…which I think would be a more debatable issue.  The raps & rhymes are well-written, well-performed and applied to versatile & dynamic beats…but it’ll always be up to the listener as to if they’re looking for more of a good thing or if they’re looking for something that comes across more uniquely.  Truthfully…I think most of us have a gear/mode for listening to both…I don’t know that they always line-up at the right times, but I do think there’s a time for something different and a time for something you can count on to hit the mark of satisfaction you’re specifically looking for.

So again, to be clear and to be fair, in their unmastered-state, it does become a bit tougher to imagine the finalized sound…in situations like these, those are blanks we get to fill in with our own assumptions.  I like to err on the side that musicians find their way to getting their music where they want to go…so hearing something like the peaking low-end on the opening-cut “1335” is certainly something that can easily be sorted out through its final mixing process.  Not worried about stuff like that and certainly acknowledge that this kind of stuff would be something YDD would already be aware of as a listener himself…he’ll sort it all out when the time comes.  What’s important to note was that vocally…though the occasional level needs adjusting still…you still don’t hear a ‘demo’ style approach from Yo Daddy Doe on any of the performances you’ll hear.  That might seem like a given…but it’s really not when it comes to getting those demos down; a lot of artists/musicians are happy enough to get the idea across but not really put the added effort in to show us the full range of dynamics that could be on display.  YDD does a great job of that in my opinion…you can hear that the effort’s been put into the writing, metering, flow and delivery…the rest is all just studio-tweakage back-n-forth until the mix is all right where you want it to be, no problem.  For me, on “1335” I was listening for that precision in the flow and whether YDD would find the right energy, tone and approach for the mystic sample/beat in the music…and I was more than satisfied with what I heard from him on the mic.  Good mix of clever lines…short breaks of humor in amongst the serious & real – lyrically he keeps focused and keeps the metering & flow of the words right where it should be.  What impressed me most was how he worked his words into the structure of the beat; sometimes it flows exactly as you’d expect and at others YDD switches up his style, approach and sound to add style, character and added energy into his own performance.  “1335” is a confident opening to the IM2 EP that definitely puts the idea out there strongly and highlights the main aspects of the punch in YDD’s music from the lyrics to the style of the beat & sounds we hear.

I did like that from the very beginning of “Crywolf” and its intro following “1335” that you can hear Yo Daddy Doe is searching for those unique qualities in a beat/sample-combo that can lead to a different overall result.  “Crywolf” looms deadly & wickedly in its atmosphere…and again, I think what’s important is that the idea itself comes across strongly…I think it does here.  I thought the call-and-answer style of the lyrical-flow on this cut was a smart idea; a lot of the lead-vocals interact with what we hear in the background lyrics and weaving them together as YDD has sounds impressive.  Flow-wise for the record, the intro is a smart break in between the two cuts – it also gives the initial low-end bounce of “Crywolf” that impact he’s looking for.  Lyrically…I think you gotta give props to Yo Daddy Doe for keeping it interesting both in content and through his performance…he puts an insightful amount of character and attitude into his movements and cadence – “Crywolf” is a solid example of that. 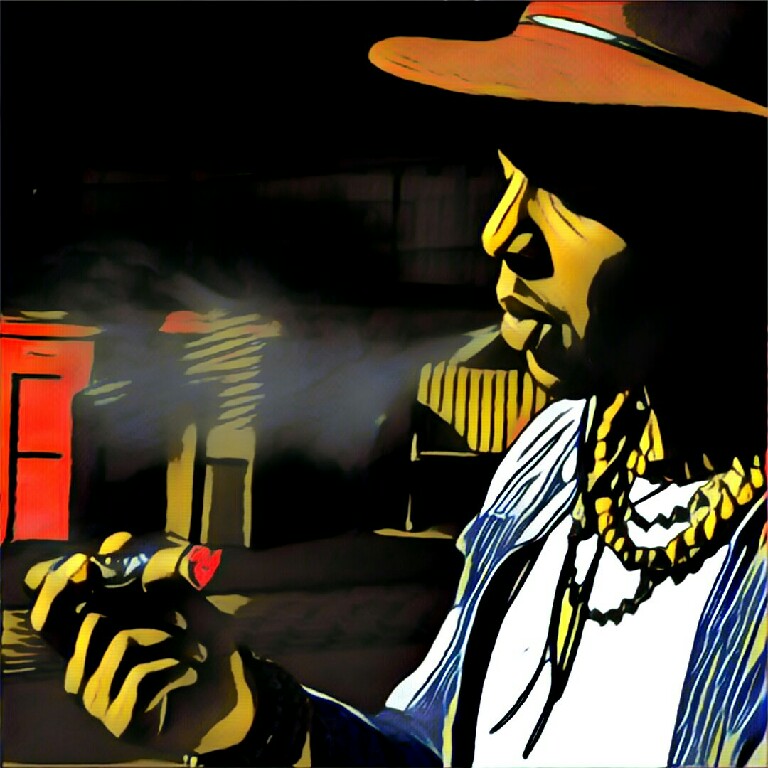 “Shelter” was one of the most interesting tracks on the EP for me personally.  I suppose I felt like people might naturally respond more quickly one-way or the other to the opening two cuts “1335” and “Crywolf” – but something about “Shelter” sounded to me like a song that will last longer with the listeners out there year-to-year as time goes on.  “Shelter” has as many hooks through the music as it does through the lyrical-flow…and I felt like somehow that led to an overall experience that sounded more complete as a result.  The hypnotic rhythm and groove of the beat & sample fuelling the gentle, inviting sound to “Shelter” is perfect for the narrative that YDD spins throughout the lyrics; as the energy increases slightly, the emcee keeps his tone in-line with the music and rises to the occasion even further.  Bottom-line for me was that “Shelter” came out sounding like a really focused and satisfying idea that hits the mark; lots of transitions, asides and breakdowns that keep this cut flowing uniquely from the rest & putting a more accessible-vibe out there for more people to latch onto.

The low-end heavy atmosphere and opening of “Pain” communicates quickly that this cut is going to head much more into serious territory.  Through the added growl in YDD’s delivery and added edge to what he’s got to say, “Pain” stabs words through your speakers and definitely captures the serious-tip that the music creates through its dangerous, menacing & slow-moving vibe.  What I would say about “Pain” from my own experience is that this would be the cut that would be most likely to separate the people on the fence about Yo Daddy Doe from those already convinced as fans.  What I mean by that more-or-less is that “Pain” is a song nearly devoid of hooks…or you can look at it as one giant-hook that spans the entire length…people will hear this one differently while sitting in the same room, without a doubt.  Some will enjoy the added artistic-elements of an approach like this…personally I do; “Pain” was arguably my favorite cut on the EP overall…but that’s also largely because I’m not too reliant on having catchy-choruses or easily-identifiable hooks to establish what works or makes sense to my ears.  “Pain” weaves cleverly through its 3:30…I think the editing on the beat is seriously creative and wildly entertaining, even moving as slowly as it does there is a TON to listen to with what’s been added-in &  placed so carefully and precisely into the music. 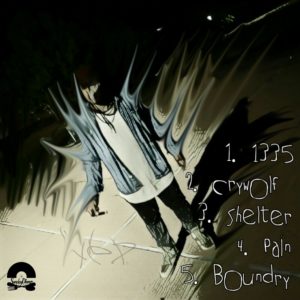 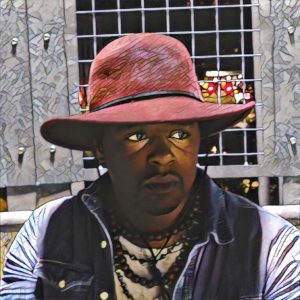 Now…make no mistake…I was born & raised in B.C., just outside of ‘Vansterdam’ as it’s been popularly-called throughout the years of late…so all the weed references that Yo Daddy Doe has made along the way through IM2 have certainly not been lost on these ears.  What impressed me was that YDD had managed to keep his head throughout the four-cuts of the record so far without all them greens catching up to him in some noticeable way…but the record of course, wasn’t finished yet…

“Boundry” takes the EP off into a stoner-rap rhyme that brightens-up the entire attitude of IM2 right at the end of its playlist.  So…I mean…okay…we’ve all heard rap/hip-hop albums that love to bust-out a rhyme in a loose style like this…so if you’re looking for smooth-rounded corners on the performance, just remember – that’s not what tracks like this are about.  If they were, artists like Biz Markie or Afroman wouldn’t even be names we know…but we do – and we know them well – because largely, they had the creative courage to go against the grain and do something anti-typical.  The ‘hooks’ in a cut like “Boundry” essentially IS the delivery itself…it’s that free-spirited sound that comes across uplifting, fun, energetic and all about the good-times…and as odd as those hooks truly are, they still truly work.  I felt like “Boundry” was memorable…it’s definitely different from the rest of the EP and I think displays an entirely new-aspect and approach that YDD is capable of as well…which is always a good thing to put out there.  It might be bizarre in ways…but it still definitely adds to the depth and dimensions of what Yo Daddy Doe has to offer us as listeners.  You’ll notice that the tone remains focused and the lyrics on-point…”Boundry” doesn’t let the quality of the writing drop, it just completely changes-up the style; it could have been a risk with the other four-songs being so cohesively-threaded together in their sound but I think YDD pulls-off an unexpected win with this lighthearted last cut…I think fans of real hip-hop will appreciate this nod to the classics right here at the end.

YDD will be on a Compilation Album for Sunday Dinner Records. The release date is March 24, 2017 and will be available for Free on SundayDinnerRecords.com