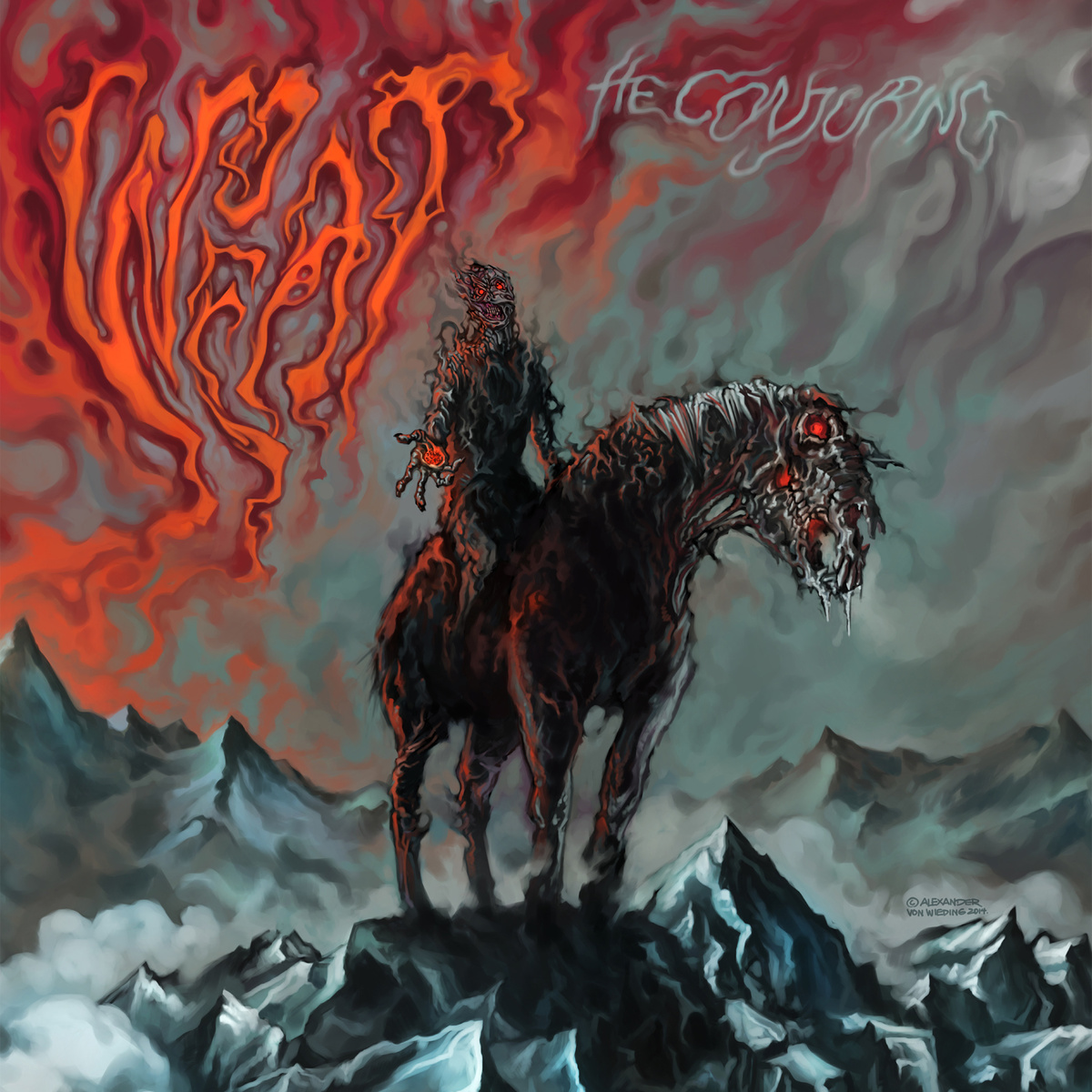 Wo Fat – The Conjuring – Album Review

Just because it’s only five songs long doesn’t mean it’s not an album…trust me! These five tracks are just ridiculously meaty; heavy in all the right ways without a single ounce of overkill. All throughout this album, this psychedelic-rocking three-piece kept reminding me of what the perfect blend of Living Color, Rage Against The Machine and Wolfmother might sound like. There is absolutely excellent instrumentation happening on The Conjuring with so much chunk, funk & CRUNCH, you’ll think that Wo Fat was endorsed by Nestle.

I want it noted…that this particular release from Wo Fat has also been released on VINYL.

I want it ALSO noted…that this particular release from Wo Fat might also be the ONLY release I’ve heard in a decade that truly deserves to be heard on an old-school record player. This music…this style…it’s all completely born right from the vinyl-era, and to me…whomever is holding onto one of those precious copies right now is holding onto some certified sonic gold. Honestly…this is like, their fifth album – how have I NOT heard of this band already???

Proving that it’s all about quality, not quantity – this set of five songs slays right from the drop, as the nearly ten minute opening/title-track “The Conjuring” comes rumbling in, you know right away this band isn’t here to fuck around. Heavy hitting drums with incredible fills and actual WRITING (as in, not just a BEAT people!)…gnarled-up vocals, intense bass & effects-laden guitars; right away this band puts it all up front and proceeds to make music with enough energy to launch a rocket. Excellent solo-work with real skill, showcasing some extreme abilities and some terrific vocal-effects in the mix as well as this band continues to pound out this killer opener, demonstrating that they get it just as right in the studio mix as they do from the stage I’d imagine…

“Read The Omens” is one absolute hell of a shred-fest. Talk about holding the fort! The bass & drums in this track are absolutely steadfast in their mission to get the volume knobs turned all the way up and support some truly incredible solos as this track pulses along. “Pale Rider From The Ice” is the track that made this a band I’m pretty sure I NEED to see LIVE. You know…how like, we all NEED air? That kinda need… What a trip this whole album has been to this point; but this track in particular gives a listening reviewer a straight-up music-boner. Masterful guitar work and just another example of the Wo Fat recipe extraordinaire for creating the thickest, most dense & rich sonic-textures; this music won’t just find its way into your ears – it’s gonna hang out there, set up its own jam-space and live in them.

I liked “Beggar’s Bargain” as well. To me, it’s by far the most danceable tune you’ll find on this album. So what if I dance funny? No one here but me when I do.

But in complete honesty, it’s a wicked blues-infused riff-fest with some powerhouse drums, bass & vocals really solidifying this as a standout track I’m sure for many. Weighing in at just slightly less than six & a half minutes long – it’s also the shortest tune of the five. In many ways, you can hear this song is a little more concise, a little more focused and pointed – but I think that will work as the crossover they need when looking to score more fans out there.

And truly…I think it’s great that both the band’s needs and the fans’ needs are totally taken care of…but what about MY needs? As much as you all know I love to help my fellow indie musicians reach the top…well…I say it again! What about MY needs Wo Fat?

“Dreamwalker” = Jer @ SBS completely satisfied. THIS IS AWESOMENESS UNLEASHED. Picking up right where “Beggar’s Bargain” leaves off – we get this MASSIVE, seventeen minute-plus flawless, killer cut known as “Dreamwalker.” What an absolute powerhouse of a track and extraordinary representation of this band and their overall abilities. If this is even a tenth of what it’s like to be a fly on the wall whilst this Texan crew jams it out – I’ll more than take it; but still secretly wish to actually BE that fly one day. Through all its shifting & changing & melting & exploding – this track is an all-encompassing engorgement of everything I want to hear right now, and so to, The Conjuring as an entire entity.

Think ‘all you can eat,’ but uhhhh…only with music.

Find out more about this incredible band & follow Wo Fat at: https://www.facebook.com/wofatriffage