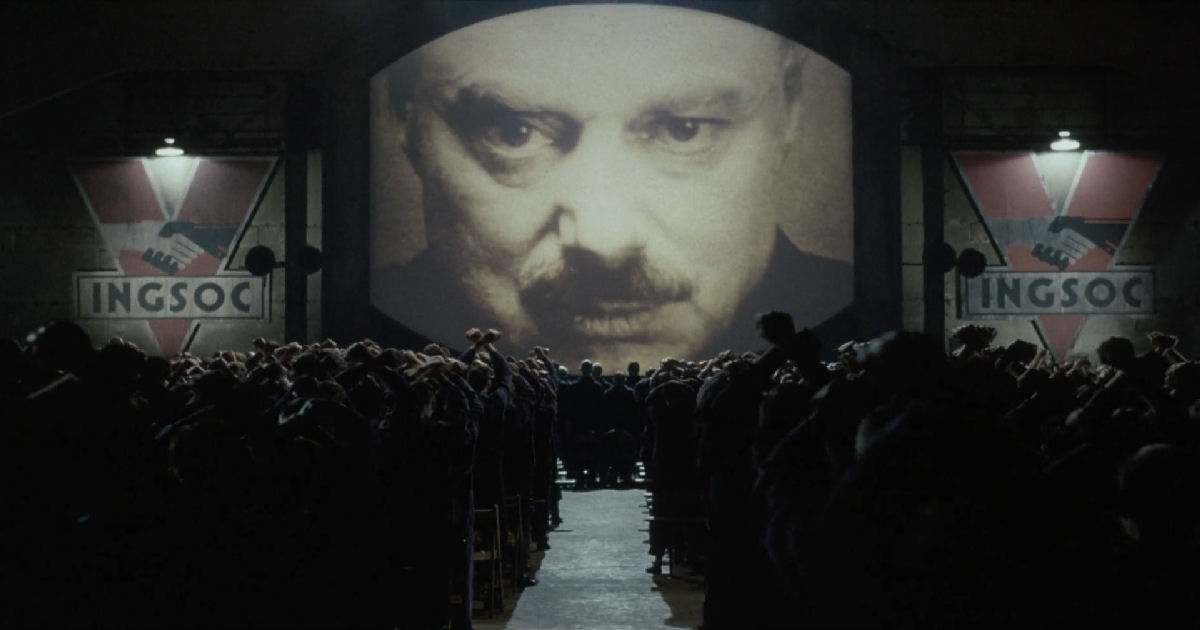 Just so happens that each of those sections separated by the commas in that quote also became the fuel for the inspiration of WinstonW’s trilogy of records, War Is Peace, Freedom Is Slavery, and his latest release to finish the set, Ignorance Is Strength.  What began in September last year when War Is Peace came out in 2018, wrapped up officially this year with the final piece of the puzzle, Ignorance Is Strength being released in April 2019 – and since around that time, we’ve featured this mysterious music-maker on our pages several times…especially during the late-night/early-morning hours here at the studio where the atmosphere of the dark of night or eerie glow of the coming day always seems to be the most perfectly suited to enhance the stunning & haunting vibes of a single like “1984.”  Last time we had this track up on our pages, it was in audio-form…but you could sense that the ever-creative WinstonW was likely working on something to support it visually, just like he had with the initial audio-release of his spectacular single “Purple Eden” before releasing the official video for that later on down the road as well – it’s safe to say that this is an artist who’s always thinking about that next-step, and more importantly, ready to act on it & keep moving forward.  Expertly piecing together clips from the movie 1984, WinstonW is making sure the inspiration behind the music makes itself known – and that the messages are as clear as can possibly be; the results come out gripping…the pairing between the mysterious & mechanical vibes of the music and the powerful imagery onscreen make for more than entertainment…and if you’re familiar with the story and the mission WinstonW is on, then you know that should be the case.  Check out the latest video from one of our late-night favorites from France – click on WinstonW’s new video for “1984” below!

Find WinstonW’s trilogy of EPs at his official page at Bandcamp here:  https://winstonw.bandcamp.com