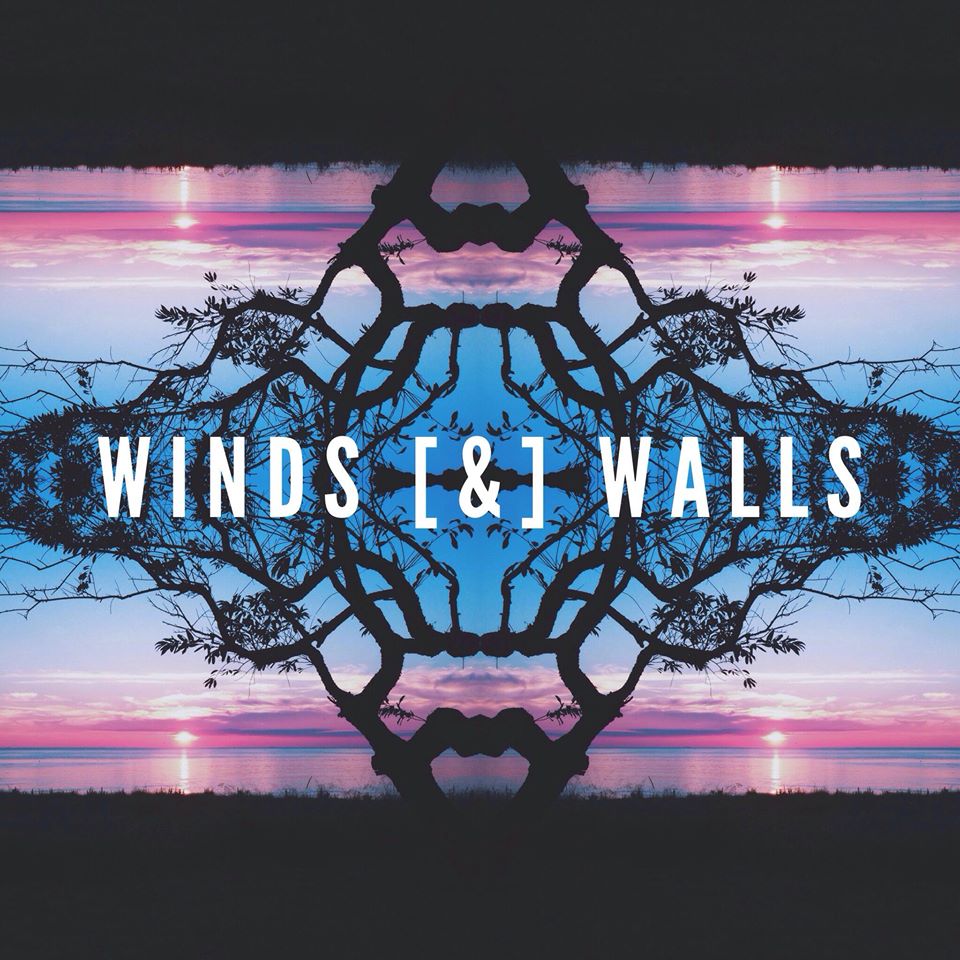 I can’t even begin to imagine the amount of sheer wax build-up a person would have to have in their ears to not hear the impact that Paramore and the music of Hayley Williams have had on this new band Winds & Walls. You’ll hear it prevalently there in every tune of this five song EP…and you’ll have to decide what side of the fence you fall on quite quickly; are you happy to hear more of a sound you know & love, or would you be happier hearing this talented band go in their own direction and put more distance between their music and the rest? It’s always a tough call…and truthfully I’m likely to fall on either side of that fence. I like new, exciting and groundbreaking sounds that I’ve never heard before…maybe even more so than I know any other person to be; but I also can’t deny that more of a good thing is, well, a good thing…at least to me!

This isn’t anything like finding out Rusell Crowe couldn’t be in your movie and you had to substitute Topher Grace into the lead role…there’s nothing budget about the sound in Winds & Walls…this is music that hits every bit as hard as their influences and they’ve clearly put the work into this self-titled EP to make it as flawless as it is. I can tell you firsthand as a fan of what Hayley Williams has brought to music myself, that if you ARE into that sound and the dynamics/dramatics that come with that style, then you’re absolutely going to love this EP from Winds & Walls.

What I DO want to talk about, is Rosie Pacla. What an incredible talent. This is one of those moments I love most when I hear music for the first time to review…when you can clearly identify a future superstar as easily as this. Her voice is powerful; well-beyond her young age, Rosie is without a doubt the main feature and attraction in the music of Winds & Walls. What makes this band a complete band, is the fact that these guys; Joey Pacla (Guitar), Lawrence Turco (Drums), Andrew Reyes (Bass) and Ben Kriegler (Guitar) are writing their music completely structured to put her on this pedestal and platform to allow her to really get the maximum out of her voice. And Rosie does – on every track she’s got a part so powerful that it should knock you on your ass easily if you’ve got the volume up nice & loud. She’s perfect; I couldn’t find a note or a tone I’d change, and I was blown away by her consistency and her incredibly melodic song-writing instincts.

It really does need that music to come out perfectly in support though, and all four of the guys backing her never let her down for a moment. From the stuttered stop/start of “In A Little Bit,” they get the energy pumping quickly and burst right into a beautifully melodic chorus. Much credit to Rosie of course, but also to the people mixing her vocals – they’re nailing it too. From the harmony-laden and truly beautiful backing vocals she puts in there to the dynamically powerful lead parts and heights she reaches to, all the elements are mixed just the way they should be to make it all truly stand out.

You can hear the band’s confidence grow slightly edgier on the track to follow, “Lotus,” which brings in a bit more aggression and builds towards one colossal ending. BUT…

Well…well you see…it’s just that…

When you write a song as powerful and well-performed as the following track “Hindsight,” it might just eclipse the rest on this energy-driven EP! What am I supposed to do – NOT say that? Just like what, like radio is somehow NOT supposed to play this? YEAH RIGHT – cause I’m clearly making my statement known here, and in time I can’t imagine radio not holding onto to this and spinning it like the gold that it truly is. This is Winds & Walls firing on absolutely all-cylinders and taking their sound to the maximum height of their talent in a true display of power and emotional-tone mixing together to bring about a captivating experience that will fully saturate, penetrate and invade deeply, your earholes.

What I REALLY liked about this EP, was the fact that I felt like this could easily apply to these final three tracks. All five of them as a set feature real strengths in songwriting all the way through, but the final three tracks are just a stone’s throw away from landing in the mainstream…if that’s the direction Winds & Walls wants to go – I personally can’t see anything getting in the way of them making that deal. From what I’m hearing here, and knowing what works out there in music today, it shouldn’t be any tougher for this band to get signed than to simply walk into the office of a record-label of their choosing, sit down, maybe a handshake and a cookie or two, and then ask where they’re supposed to sign. Truly, no BS whatsoever, if you’re a fan of the sounds I’m describing or a fan in general of powerhouse singers, Winds & Walls are that good and clearly that ready for the next step wherever that may lead them.

As it wraps up with “Coming Down,” they bring the stop/start energy to the verse they started us out with, but also a more mysterious & dramatic element to this song than the warmer inviting sounds on the opening of “In A Little Bit.” Lawrence Turco gets to definitely display some capabilities here in a very large & complex drumbeat that he pulls off hugely. Combining that with the big bass sound of Andrew Reyes and you’ve got yourself a HUGE sound in this last track. That being said, when it breaks down to a slow jam in the middle of the track, it just sounds incredible, and the guitar work from that moment on becomes a stand out as Joey Pacla and Ben Kriegler get their own turn in the spotlight.

But in the highlight moment of this entire EP, that final rush towards the end of this final track…here comes Rosie once again….and off the top-ropes she comes jumping out of this final song with every ounce of power she contains…and blows the roof off this EP just before its final moments. What great skill, dynamics and capabilities these five have…it’s really a pleasure to have listened to. You can bet solidly on Winds & Walls…you WILL be hearing more and more from this band as time marches on. This is the beginning of a long future for them and a wild sonic ride for us.

Find out more about them at Facebook here: https://www.facebook.com/WindsAndWalls