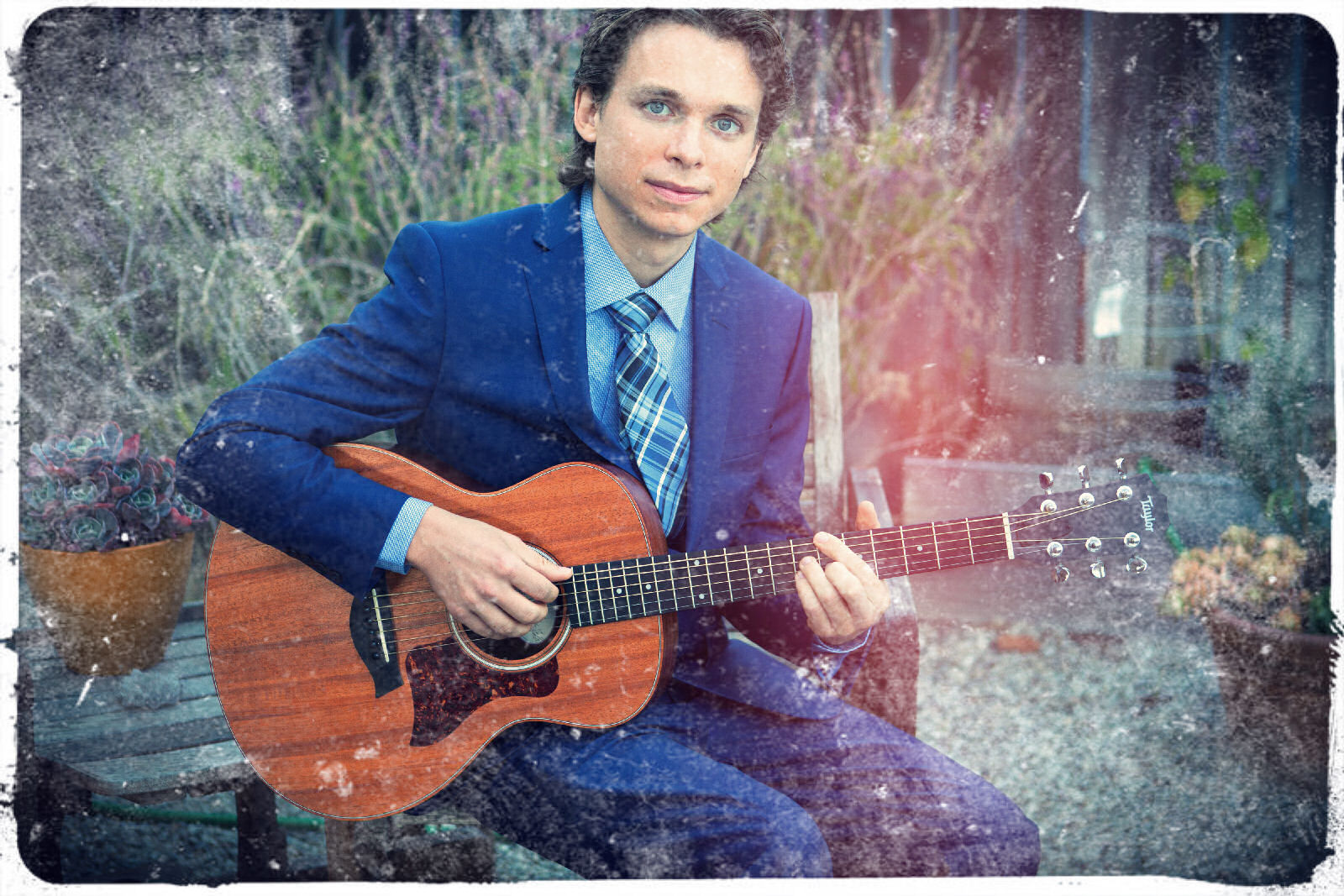 If you’ve been craving that real ‘indie’ magic that makes a folk-sound truly come to life – look no further than this gem just released by William Knott.  Sung beautifully and entirely minimalist, intimate and stunning – “We Don’t Ever Leave” just flew up my personal list of best songs I’ve heard this year without a doubt.  Heartfelt, sincere and extremely authentic in sound – the melody drips gorgeously from the guitars and vocals of Knott…the kind of performance and recording that you can easily hear only comes from the rarity of the ‘real deal.’  William Knott has an incredibly bright future in front of him if this is the stunning quality of music he plans to put out – and sign me up as a truly sincere fan.

You can see from the picture that he’s still quite a young man…so if he is just getting started, I’d recommend he hold on for the ride.  Whether or not it’s laid-back folk-music doesn’t matter…a genuine sound/songwriter like this gets noticed.  William Knott…should be noticed.  “We Don’t Ever Leave” is about as time-stopping of a moment in music as you can possibly hope to hear.  The tender tones and gentle nature of the rhythm & melody…the sweetness in the lyrics and pure honesty in the performance – it’s all here if you ask me.

I’ve been known to download scores and scores of music at once when it comes to what I listen to in the mainstream…and then to find what I like from there, I scan it all looking for a certain quality that I can hear…I can rip through an album in less than a minute and come out with the songs that are bound to appeal to me most just by a quick 5-10 second listen.  I might go back and listen to the rest of the record if it seems like the material is consistent or if there’s a track I really like…but…the point is – that quality is sincerity.  And the real point is, William Knott is loaded with it in his performance on “We Don’t Ever Leave.”  I like passion…I like melody…I like REAL, like this is.  This would instantly be separated into a file that would later on potentially serve as the gateway into the full record…and I’d imagine for me this will certainly work the same way.  I know I’ll be looking forward to whatever William puts out there – from musicianship to vocals to songwriting & natural talent – this guy has got a ton going for him already and established a massive impact on me with only one song.  I will remember his name.

Very much intimate like a tune like “I Will Follow You Into The Dark” by Death Cab For Cutie, but with the added folk-sensibilities of acts like Head And The Heart or even Bon Iver – William might be using a simple recipe here on “We Don’t Ever Leave,” but every ingredient is magical and really shines.  The atmosphere and content of this track is perfectly sweet, with just the right hint of humbleness, self-reflection and perspective on relationships.  Love the way the song builds and evolves…again, even though each movement in the progression is subtle, everything he’s doing counts and matters to the music and how it flows overall.  By the time we reach the end, this sweet melody of William’s  hits the peak of its energy and beautifully ends on the sweetness of the single guitar in a brilliant final idea for the end of “We Don’t Ever Leave.”

I’m seriously ecstatic about this song from Knott…and I can only hope the response from critics and fans alike pushes him even further into a long & adventurous career…because I can hear the sincere songwriter in this guy radiating from this performance, and I know he deserves it.  “We Don’t Ever Leave” is a real magical moment in time I’m not bound to forget any time soon…this young man has the real gift of a songwriter’s touch and in just this one song, he’s managed to standout stunningly from the rest of what’s happening in the genre.  I’ve got a massive amount of faith in William Knott…if he keeps this up, I’m confident he’ll get his music to all the places he wants it to go.