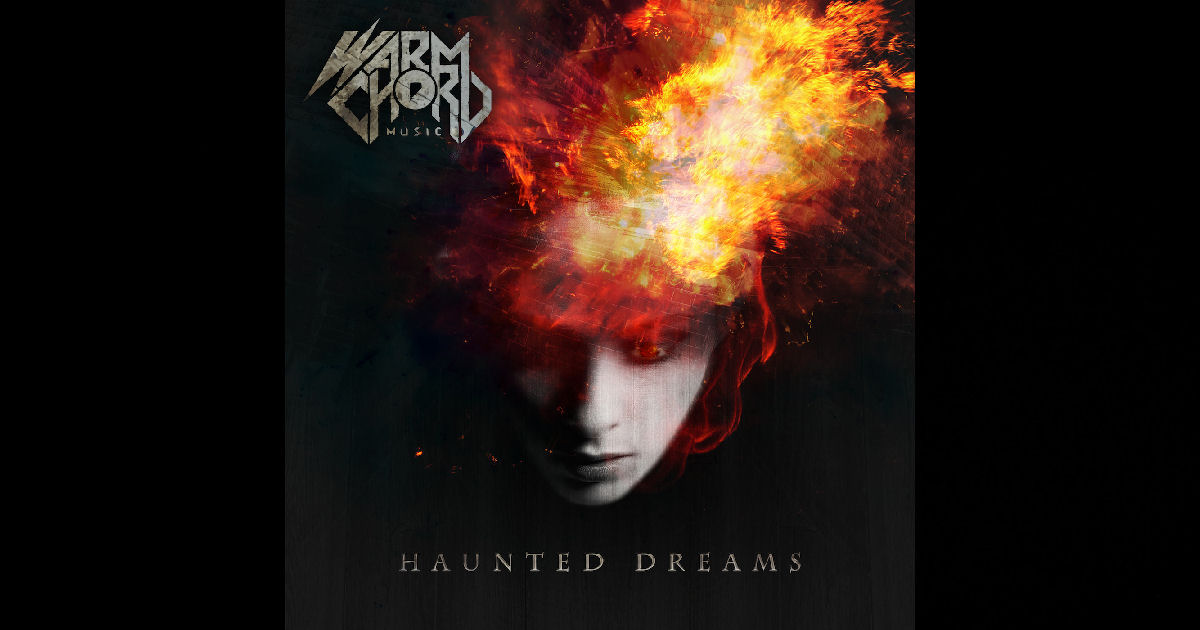 From the looks of things, Jay Croft, the musical mastermind behind the tunes of Warm Chord Music, is working with a few new people in the mix.  I’m just going by what I’m looking at on the official homepage – I don’t know the full catalog of tunes or what the whole history in this project is – but if you look at the music page you’ll see that prior to the new single “Haunted Dreams,” the songs date back two years ago & feature an entirely different lineup of musicians alongside Jay.  Notably as well…if you look behind the studio boards, you’ll see that it’s almost the direct opposite scenario – Jay’s found who he likes for the production, recording, mixing, mastering & all that.  And don’t get me wrong, again, I don’t have any hard evidence to support any conspiracy theories of any kind – I’m not suggesting the old lineup of players weren’t hittin’ it as hard as he might have liked them to – redesigning a band or finding the right collaboration to bring a vision to life can have a lot to do with finding the specific pieces of the puzzle you need to complete the picture.  Main point really being, things are different than the last time Warm Chord Music was posting…perhaps this project has further evolved & refined itself from what you might already know.  A true leader, whether it’s the captain of a football team, the head of a company, or the centerpiece of a band like Jay is – understands that they need their key players to be in the right positions…and even if that means benching themselves for a better result, it’s worth it in the end.

And so the most notable switch in the music between then and now for Warm Chord Music instantly becomes the difference on the microphone, unquestionably, as Jay passes over his previous vocal duties to Nicole and Aiden of Studio Pros – for the majority of you that are familiar with WCM, that’ll be the most noticeable switch in the sound on that first spin through “Haunted Dreams.”  Jay’s still plenty involved here – this is still his tune, his lyrics, his music, his direction, his drums, his rhythm guitar – and like tunes from him in Warm Chord Music you’ve heard in the past, the gripping intensity & high-energy sound you love is still completely intact.  More than intact really – “Haunted Dreams” sonically rips by and offers multiple access points to anyone that would listen…there’s a ton going right on this track.

Studio Pros are where they come from…and let me tell ya – that’s one hell of an accurate name.  As far as vocals go, this was a great move on Jay’s part to recognize he was looking for a different sound than he’d personally be able to bring to this song, and he’s found the best possible help to assist in bringing “Haunted Dreams” to life with Nicole and Aiden.  These two ARE Studio Pros – there’s zero doubt about that.  Aiden, my brother, you do a great job and I love the smoothness you bring in contrast to the rest of the wild vocals surrounding you…I wouldn’t take a single thing away from a spot-on performance like that – BUT – Nicole, sister, YOU are freakin’ superhuman lady-friend.  The powerful way she leads the way through this song is nothing short of breathtaking – that’s one of the best voices I’ve heard out there in any genre or style right now and she CRUSHES her moments on “Haunted Dreams” with such confidence, commitment, skill & style that it’ll drop your jaws in amazement – this lady is amazing.  I’d imagine with both Nicole and Aiden coming from the same warehouse of musical awesomeness at Studio Pros that they’re familiar with each other’s own style & sound, which also helps to explain the brilliant chemistry they display between them when singing this single together & harmonizing; they’re very complementary to each other’s approach and a perfect fit when combined.  Even if they didn’t know each other at all beforehand somehow…”Haunted Dreams” has that insane level of energy that you can’t possibly resist…you can hear how it’s taken hold of the singers of this song and how it’s inspired them to put in award-worthy performances on this new single from Warm Chord Music.

It’s ALL awesomeness, all-around though…there’s no doubt about it.  Anyone who’s ever spent any time with a Foo Fighters record in the past will absolutely love the way the guitars and energy of this track start up, and through the vocals of both Aiden and Nicole, the entire sound ends up shifting into a powerful direction this collaboration can call their own without further comparisons.  LOVE the crunch in the distorted chops & riffs of the guitars, I think Nicole makes a badass first impression and I felt like that first time we hear Aiden really makes a killer impact; there’s strong writing in the verse that stands-out & never stops entertaining, in addition to a chorus that blows the entire roof off the place.  Seriously – turn this up in your own house all the way if you dare, and then look up, your roof will be gone and you’ll be asking Aunty Em if that was a twister that just rolled through.  But nope – it’s just the storming energy & relentlessly killer focus that this collaboration puts in, bringing every second of this atmosphere vibrantly to life in a way that envelops you entirely & won’t let go.  Nor would you want it to.  Jim Henderson adds in further character and badassness to “Haunted Dreams” with kickass tone in the lead guitars, and Ben Steeves keeps the rhythm rolling hard with the strength added from the bass.  Noteworthy drums from Jay…when combined with the main riffs & energy through the verse – what else can be said other than the guy is a complete beast back there on the throne and keeps the pulse of this track surging forward strongly at every twist & turn – of which there are many.  Structure and songwriting definitely play pivotal roles in just how entertaining and engaging this song really is – clever breakdowns, solos, killer main parts like its verse & chorus, space for instrumentation and the shifting dynamics of a songwriter that understands how to wield the loud/quiet moments to a track’s advantage.  It is extremely hard for any one element to outshine Nicole’s radiant performance on “Haunted Dreams” – but there’s zero doubt about the fact that every single player involved knows that & give it their best.  End results become an entire band that gives an A+ performance as they rise to the challenge set forth by the extraordinary standards set by Nicole’s bold vocals, of whom I maintain, is not from this world.

Definitely a meaty tune designed to last – “Haunted Dreams” by Warm Chord Music is without question one of the most killer tunes in Rock-anything that you’ll hear in 2018.  Jay’s made some amazing moves forward in those two years away…and if the caliber & quality of the writing, execution, and sound of this single are any indication – Warm Chord Music is ready to supply the heat to your speakers big-time throughout these next years to come.  Highly impressed with this cut – it’s impeccable, straight-up.

Find out more about Warm Chord Music from the official website at:  https://www.warmchordmusic.com