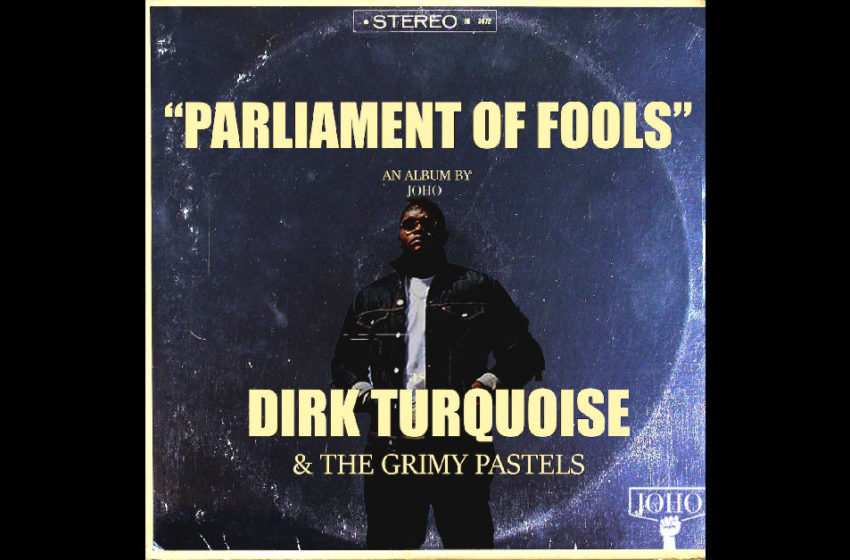 Joho left no one out there listening with any doubts about his potential or the momentum surging throughout his breakout year in 2020.  While the savvy fans out there can trace his career back to around seven years ago with the release of his First Steps record – Joho came roaring back, inspired like never before at the end of 2019 with the release of his album Youth In Retrospect, and he’s never looked back since.  From that point forward, you can see the passion take hold – and over the course of a year, he’d go on to release two additional EPs, and another FOUR full records – three of which we reviewed here on our site – and one in particular that saw the man switch his game up completely.  It’s always been incredibly clear just how capable Joho is as an all-around musician – but when he chose to Rock instead of Rap for a moment under the alternative persona of Dirk Turquoise & The Grimy Pastels for the album Parliament Of Fools, it was impossible not to notice just how much that impressive transition got outta the guy in the results.  With nothing to lose and everything to gain, Joho broadened his audience, opened the door for even more versatility in his music, and created even more opportunities for his future to follow; make no mistake, a switch in style this massive takes artistic integrity & true grit – and this man’s got both without question.  You combine his extraordinary dedication with his uncanny ability to write & deliver hooks that consistently connect, with his proven success in multiple realms of the music-scene…it all stacks up quickly to a visionary artist that is guaranteed to continue to thrill listeners around the globe in all kinds of unpredictable, genuinely exciting, and highly addictive ways in the years to come.  We’re definitely not the only ones that have noticed his many talents – legions of fans came out to support him in this year’s competition & he secured nearly 56% of the total vote!   That’s Rock-solid confirmation that the listeners out there genuinely believe in this artist & what he’s capable of – Joho’s gonna go the distance – you can bet on that.

MASSIVE CONGRATULATIONS TO JOHO – YOUR OFFICIAL WINNER OF THE sleepingbagstudios BEST NEW SOUND OF 2020!

Find out more about Joho from his official homepage at:  https://www.johomusic.com