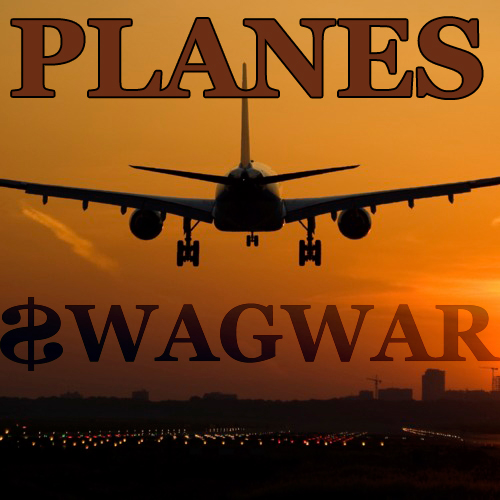 In our commitment to freedom of speech and representing the voices of people that make music from everywhere and all over the globe, every once in a while you run into opinions expressed in music that don’t line up with your own. When it comes to artist submissions here at sleepingbagstudios, you can only ever hope that the people sending the music, be it the artist or be it the management team…that they’ve at least checked into the house they’re about to walk into; but believe me when I say that’s not always the case.

In complete contrast to our recent review of The 99…well…today we’re dealing with the other 1%. You know – the six-figure riggers we all know and love so much…

$wagwar is here to represent those that travel back and forth on Canada’s dirt roads set in our oil patches, here to provide the other side of the argument and the perspective of a speech that’s become nearly lost on the other 99%. Will this new presentation of a tireless argument convince anyone to join the other side? Extremely doubtful; music is all about the relationship to it…and by the very nature of this track and $wagwar’s mission, he’s already gone and done pushed 99% of his listeners away, clear-cut his market and really would end up relying on those that feel exactly the same way to pull him to the top…and mathematically, as we know…even on a global scale 1% is still 1%, leaving a lot of people out there to look and listen in a completely different direction.

“Planes,” is the new and latest single for $wagwar, who’s currently also in the process of filming the video for this latest offering. Make no mistake – I’m not an environmentalist…not a fundamentalist…not really an ‘ist’ of any kind really….perhaps nihilist if anything; I don’t care about a whole lot besides music and the people that make it. Or it least there’s not a lot that affects me enough to write a song about it, or go as far as to base my entire career around a particular direction in that sense…call me aimless if you like…again, I wouldn’t care all that much!

I live in a very internal state…my life comes from the observations that I make within it, on the things that affect me. Although I might particularly identify with the ideals and values that make up the core of the 99% movement; I still maintain an ability to see things from the other side, always. I respect that guys like $wagwar work extremely hard in extremely tough jobs; I don’t care if they throw their styrofoam containers out the window from the fast food they’ve bought cause they don’t even get the time to sit for a proper meal out the road. Maybe I should…I just don’t. To me, what’s important, right or wrong…is your commitment to it; that you own it.

By declaring himself as a representative of this current counter-culture, there’s no doubt that $wagwar is a committed artist and believes in what he writes. That can be said, there’s no debating that. He’s proud of where he’s come from and the industrial world that he’s played a part in help building. I’m sure he enjoys his modern electric conveniences and leaves all the lights on when he’s sleeping with a big grin on his face…because he IS confident and he DOES believe in what he says.

Now…all that being said…I’m here to review the track “Planes,” as music as well…and that’s where things get tough here. While I’m fine with opinions that are different from my own…I’m also big on music being put out that genuinely excites me…and I’m not so sure this does. I’ll fully admit, this ends up catching me with the hook, “I’ll just sleep on the plane” but if I start ranting and raving about this track, I’ll get lynched straight up, cause there’s just too much missing here…

The beat itself, is not too bad really…it’s low-end driven and for sure, it has that ‘dirt-road’ feeling to it. It’s got a production stamp at the front of it, which always drives me nuts but whatever…I can look past that…. The argument, the information is all on clear display…perhaps a little too clear in the sense that it’s a real spotlight on the fact this would end up being considered much closer to straight-up spoken-word as opposed to a ‘rap’ of any kind. I’m not going to be the bold one to call $wagwar a rapper at this time…I just don’t hear that in this track or in the direction of this song.

What I do hear, is another artist that does in fact have something to SAY. While many of us might not agree with the whole 100% of what he’s saying, it is presented in such a way that it’s not as clear of a divide as 99% Vs. 1%. He rhymes about hard times on the road relentlessly, supporting his family, his wife, kids etc…you can’t disagree with his motivations, it’s clear that he’s coming from a genuine place of concern for this issue and trying to bring light to the other side of all the commotion. As a song…I felt like it was an introduction, or an attempt to jump into this genre…basic, but with a point of view; that’s what I was personally able to take out of this one to hook me in. The lyrics come out as if unrehearsed; or read off the page…and towards the end there are a handful of metering issues that mess with the flow.

I’ll put it this way; I certainly welcome him back to present his side of the story at any time. I’m happy to have come across an artist with a point of view, no matter how far apart it might be from my own or wherever it may come from. Who knows…maybe we’ll be able to convince $wagwar to come on back and really present his side of all this through an interview; you know me, I love talking politics and music and to people that are passionate about the music they create. There’s no doubt about $wagwar’s commitment and dedication to this ideal…and with time, one would imagine the rest of it will all come together as well as he continues to refine his sound and take his message to the people that might just hear it coming from the speakers as opposed to glossing over the news at night or flipping to the next page of their newspapers. Music has always reached people in a political way, and in that sense…he might just be onto something. 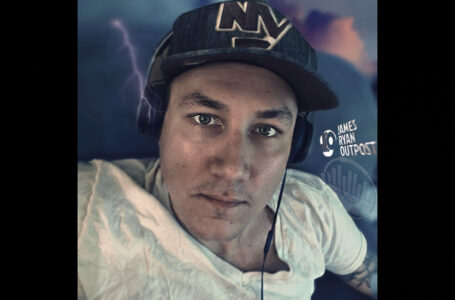