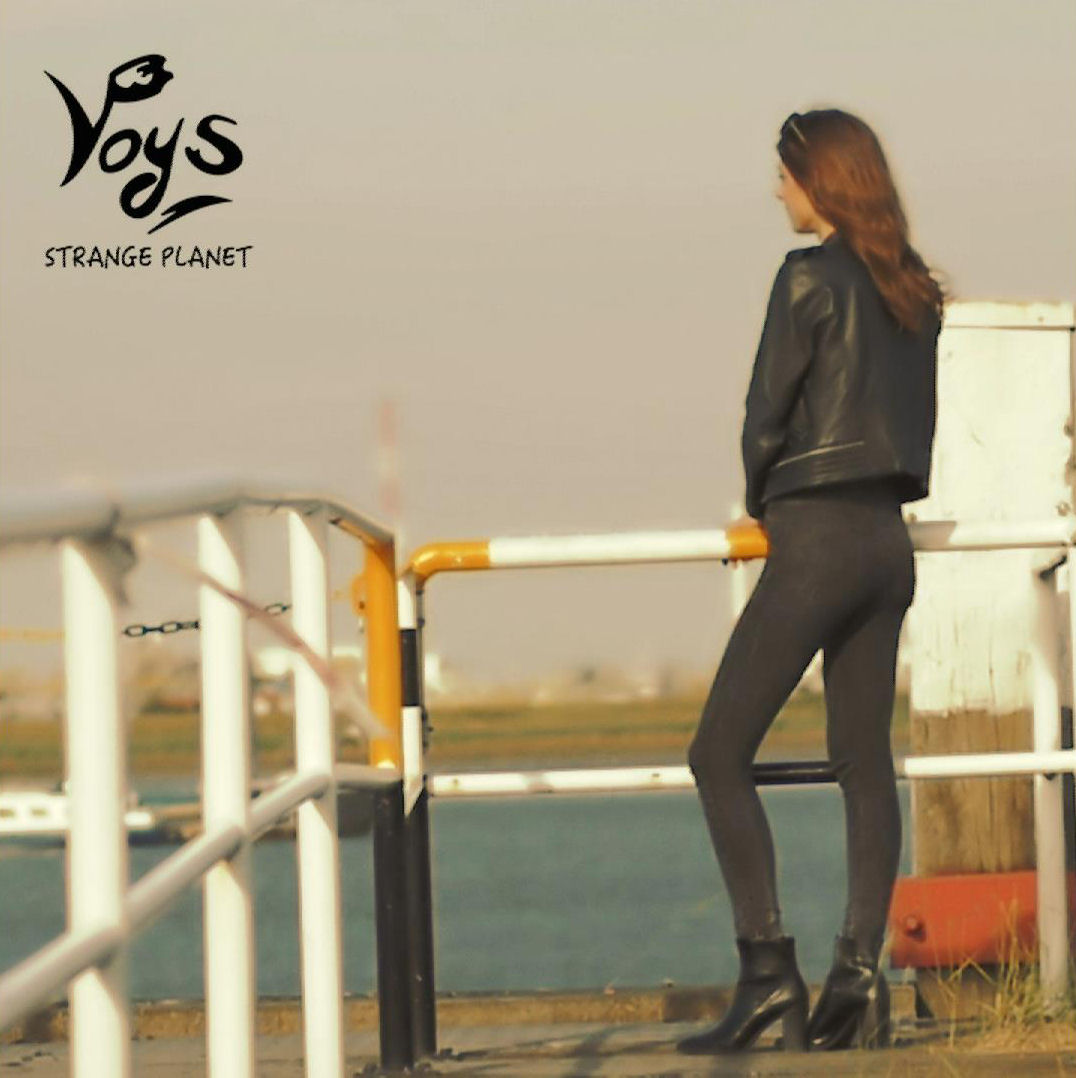 Interesting series of songs & videos from Voys…we’re catching up here in the third-video from the series titled ‘Louise In The Clouds’ for the song called “Strange Planet.”  If you watch all three…you’ll get the broader-scope of the full idea, which is full of wild, weird and beautiful footage to support the vibrant ideas in the music made by Voys.

If we’re talking video-wise…I’ve got a lot of love for what I’m seeing.  Each of these videos has actually been quite entertaining and they’re all incredibly well-shot & edited – “Strange Planet” is no exception.  Every shot is incredibly clear, ‘Louise’ is incredibly beautiful and the slow-motion footage throughout the video really does a lot to bring life to the words in the song.  With smoke-stacks billowing off to the distance of beautiful nature just next door, you really feel the contrast and potential meaning of the words…from a perspective like that…you can’t help but acknowledge this bizarre floating rock we’re all riding on for the “Strange Planet” it really is.

Musically-speaking, the song is well-assembled & well-played.  Voys has written a song that allows for multiple meanings and lyrically has even more depth than you’d assume within the bright, bouncy & playful melody in the music itself.  So I dig that.  Composition-wise, I think there’s a lot here and what’s written into both verse & chorus have enough hook & pull to their rhythm and performance to certainly keep us interested.  That being said…the vocals come out with slightly mixed results; I liked what I heard in the chorus more-so than I did the opening verse…the way each line was stretched at the end brought the tone right to the limit of the edge on the inside of grating without fully crossing it.  It smoothed out a lot when it came to the chorus, where you can hear the vocal approach gains that confidence through harmonies and more elements added to the music; that fullness in the song also leads Voys to a thicker tone and more palatable sound overall.  The main hooks of “Strange Planet” are really sparked by the brightness of that chorus…that first transition into it takes the song into much more inviting space that’s got a sweetened, widespread appeal to it.  “Strange Planet” evolves quickly into that kind of inoffensive tune that no one would turn off – it all sounds pleasant as ‘strange’ as it might be.

Credit to Voys for some really cool instrumental sections along the experience of “Strange Planet” as well; it starts with one in the intro and you also get an extended-break in the middle of the tune as well.  Guitars, bass & drums all fall away in these moments and you get some really cool atmosphere to listen to…at the beginning stages of “Strange Planet” it of course serves as the intro, but later on in the middle of the tune almost serves a moment of clarity for you to digest the thoughts, ideas and music you were just listening to before the song launches into its second-half.  Potentially I can hear the argument on both-sides of this fence…some will think it worked well like I did and others might think it takes away slightly from the momentum that the song was building on.  Personally I thought Voys played it smart…I think it really builds an extra dynamic into the writing and a spot in the music to spring-off of and bring it all back to life for another round.  It’s not a strategy that would necessarily work in every song but I think it does a solid job existing in this one and also gives the video for “Strange Planet” an equal moment of clarity in the visuals to re-launch from as well.  It’s a catchy tune…can’t deny that chorus has got some tremendous hook to it in its friendly, indie-folk sound and really gets stuck in your head quickly, bound to stay there for weeks and weeks to follow.  That’s always a good sign.