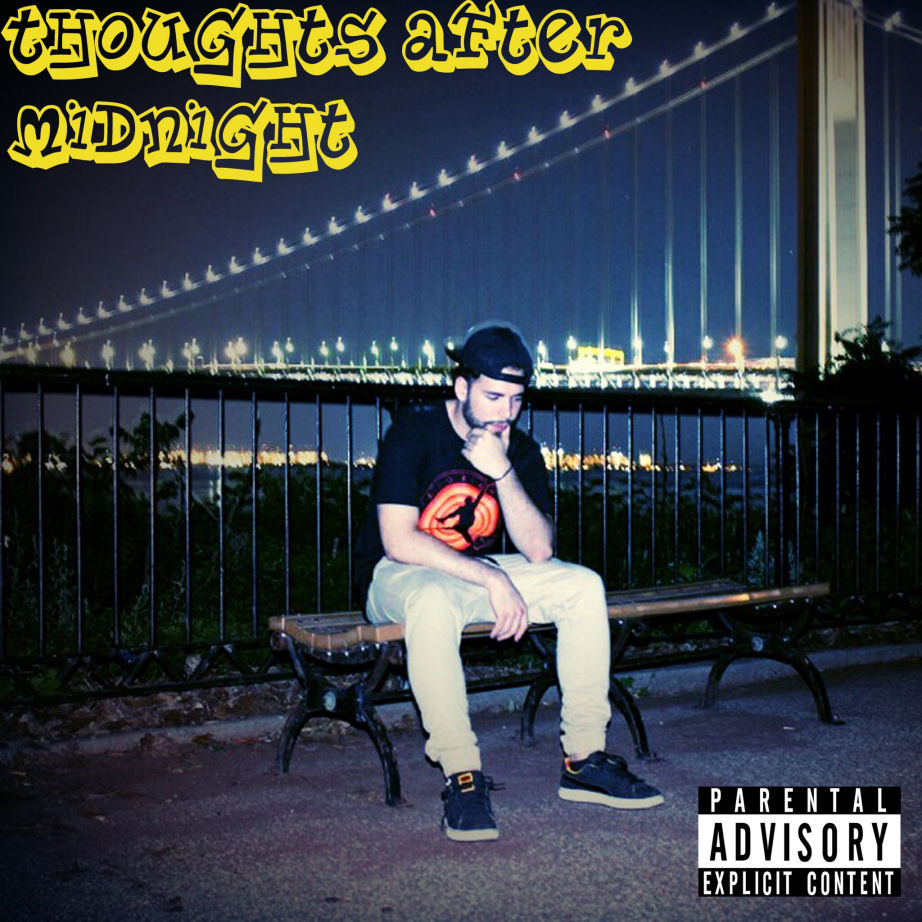 Interesting approach to the R&B genre from Von on his latest EP, Thoughts After Midnight. A highly-personal and self-reflective EP that really has an atmosphere of late-night thoughts in motion; Von lets the music pulse, click and swell in behind low-key, minimalist beats that pack in emotion and impact through subtlety. Nothing is overdone here…Von doles this all out in just the right amounts and gives the EP an overall feel unlike much of what you’ll find out there in music today.

Thoughts After Midnight starts out with a long intro on “Up Down” that heads into a slow-electro pulse to back the lyrics. Finding a track or two on an album that might be similar to this vein of melancholy R&B/electro is something we’re all fairly used to – but it’s rare to find an artist like Von that sticks hard to the mellowness throughout the entire length of a record like we have here. It’s kind of refreshing really…the music all becomes somewhat hypnotic and really allows you to zone-out and reflect on your own Thoughts After Midnight without being boring in the slightest. “Thought Full” has a completely wicked hazy-drift that runs through as Von sings out his emotions and thoughts with confidence, heart and professional production courtesy of LoudBeats who also produced the opening tune.

I’m hoping by now that the auto-tune arguments are fully over…cause MAN were THOSE boring! Endless people all of a sudden attacking an old studio-trick that’s been around for years and used incessantly…and the out of nowhere it becomes something that indicated a ‘lack of skill.’ Fuck that shit – I’ve said it a million times…to use it WELL is a real talent, especially depending on how you’re shifting the knobs around on the studio controls. It can sound expertly smooth with flawless jumps between tones, or if you really don’t GET IT…you can honestly sound shit-terrible with notes flying around everywhere trying to land in the perfect key. So stop listening to your older brother, your mom, or whoever else it is that tells you that ‘anyone’ could make the auto-tuner work – they’re just flat-out wrong. Von’s precision work on songs like “Fvck You” are a real credit to both production and performance…and really, the entire EP as a whole applies to that statement. You won’t find a note auto-tuned out of place – Von uses his voice like a smooth R&B instrument and really manages to make the most out of this effect.

Of course with a mass-debate raging on the subject of the auto-tuner for years now…it’s also very safe to say that for many, this could be a played-out sound. For me…it’s no different than hearing anything done by the best-of-the-best…doesn’t matter the genre, doesn’t matter the song – if you can go in there with confidence and OWN your sound, you’ll make me a fan pretty much every time. “Fvck You” is a perfect example of the growing confidence of Von; something that’s also expressed in the lyrics. I’m impressed with the way this artist has managed to find the key elements in his vocals to match up so perfectly in key and tone to match the energy in the way he approaches the microphone.

But in all honesty, I might be even more impressed that Von has chosen to stay the course throughout this entire EP to deliver four tracks of smooth cohesion. The energy and mood, the overall atmosphere…it all stays in frame and definitely paints a portrait of an artist in high-reflection throughout these Thoughts After Midnight. Closing it all off with “Need Mo’” – Von sings sweetly and earnestly explains in detail about what drives him to continue to pursue his dreams and a career making music. These all feel like late night compositions and songs written strongly from what comes from inside of Von who is more than courageous enough to let us in on exactly how he’s feeling on this EP. You gotta admire someone as true to their sound, style and ideas as Von is – it’s this kind of commitment that leads to a real following of fans looking for a specific magic that only he can provide. It’ll be interesting to see how he continues to evolve his sound over these next years to come…I’ll be listening!