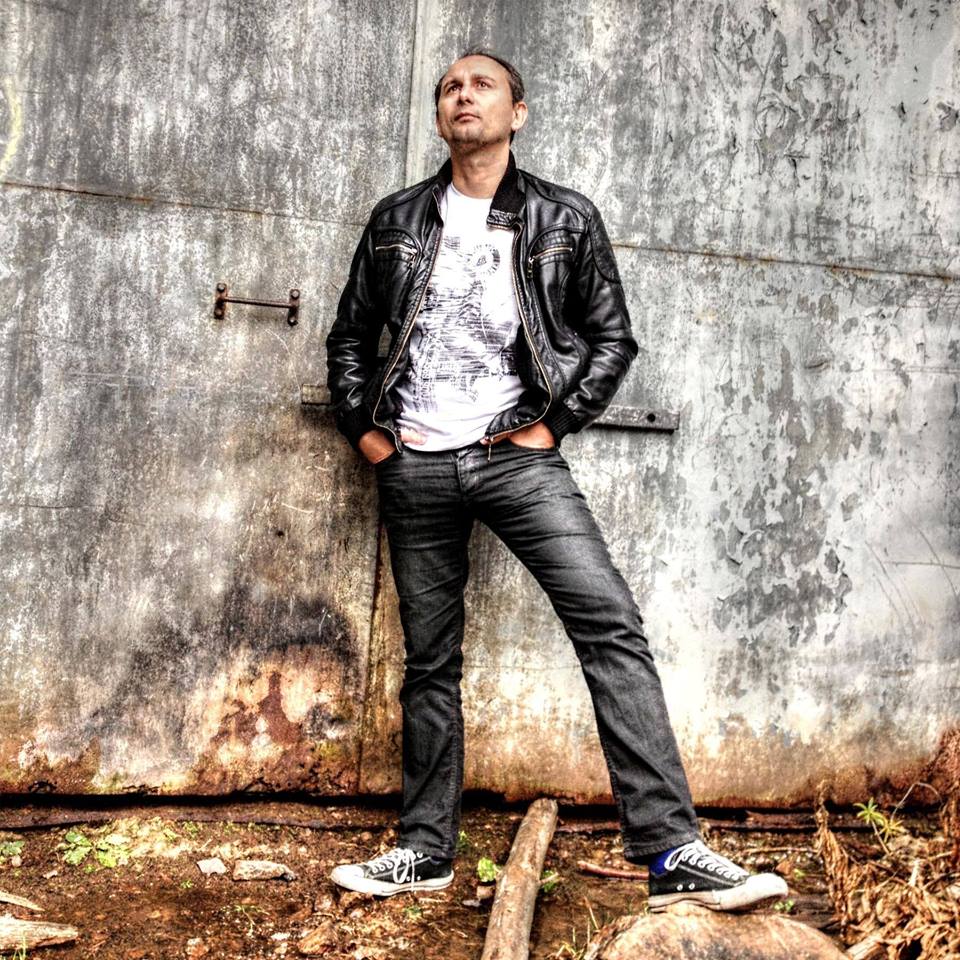 One thing is for certain – Vlado Jozic clearly likes to rock.  Based in Jönköping, Sweden – you can find all kinds of material at his Soundcloud page from originals to covers, solo-tunes to collaborations with featured performers.  You get the sense that as long as there’s an amplifier & an electrical socket with enough juice to support it around somewhere, Vlado & his guitar are ready to plug in & get his rock on.  It’s at the very least a sure bet that when someone’s got a ZZ-Top cover in a set of four tunes sent over here that you can rest assured, the appreciation, respect & love for all-things-rock runs deep.

Take for example, the quality hooks, drum sounds and guitar-tones that pull you into the beginning of “My Mistake” – those sound fantastic and they hit us right away before Vlado heads into crunchier distortion for the rhythm parts to fuel the energy and sound of this first single we’re checking out.  Dig the production overall…I like the breakdown with the piano part…I think Camilla Karlsson kind of comes in and steals the show with her arsenal of power in the vocal department.  Lyrically…I dunno…I kind of felt a little indifferent about the words themselves…sometimes I thought they fit well, others not as much; the vocal-flow and melody of the hook is really what saved them – the performance from Karlsson makes everything stand-out in a way that goes from good to great with her inspired performance.  I think that together they’ve done the progressive/otherworldly-side of rock’s dimensions justice with one of those rock-songs in “My Mistake” that sounds like you need to jump into your fighter jet or X-wing and go shoot laser-rays into the galaxy.  Come on now…don’t pretend like you don’t know the feeling or what I mean – you know you do.  Great energy between the collaborators involved here.

“Going Out” was more suited to my own personal taste…especially right now at the start of summer.  I’m not usually a huge fan of straight-ahead ‘rock’ – I think Jozic and singer Darija Skoric make this song work for me by having just as much indie, alternative and pop sounds in the mix here.  I thought I loved Karlsson’s voice before…and I DID/DO still…BUT…my jaw was on the ground when it comes to how amazing Skoric sounds on this tune.  HOW on earth do I not know her name already?  I have no clue how such a talent has escaped me until now…but I can tell you I’ll certainly remember the name from this day forward – she sounds absolutely incredible!  She tackles the verse with sweet smoothness that is 100% spot-on for tone as it could possibly get…and the confident, all-out performance she puts into the chorus of this tune just completely blew my mind.  Together these two, with some of the raddest guitar tones stoking the fire, they ignite and scorch through the energy, uplifting hooks of “Going Out” – the performance and execution here is truly at a seriously high-level and the accessibility factor for a track like this is highly universal and open to all that wanna turn up and incredible tune on a hot summer day.

If I’m being honest about “Heart Is A Strange Place To Be” – I think the performances and idea are strong…but I can hear that this is a much tougher idea for the average listener to accept into their ears in comparison to the two singles we examined before this one.  There’s a much more artistic approach to this track…lyrically I kind of felt like singer Darija Skoric had the odds stacked against her at times, but I felt like she pulled off a truly captivating performance.  Jozic keeps the music in this one much calmer, going note for note in melodies as opposed to the big chords; the atmosphere is a haunting & spread-out one that really becomes hypnotic in a great way.  Yeah…I mean…it’s one of those trades that I think are important to make in music in order to flex our creativity and spread our wings a bit; sometimes you have to trade-in some of the accessibility to take chances in the art that lead to new & exciting sounds.  I have no doubt that in general, people will have a harder time finding their way into “Heart Is A Strange Place To Be” in comparison to many of Vlado’s other tunes – but those that dig this right away are likely to be true fans of this artist, his collaborations and songs & in all styles.  I think the flawless performances between both Jozic and Skoric are certainly noteworthy – while it might not have the accessibility & easy-to-absorb hooks of some of the other songs, with this particular track, they’ve made a song that’ll outlast the others on “Heart Is A Strange Place To Be.”

The fourth track I checked out from Vlado was the ZZ-Top cover I was referring to at the beginning of this review; he takes on a track called “Just Got Paid.”  I’ll say this – the dude has certainly got the chops to handle a ZZ-Top tune…he gets that signature fuzz into his tone perfectly to cover this song.  Vocally, I think he also does a solid job of bringing that classic sound to the microphone on “Just Got Paid” as well.  The solos come out sounding great…again, production-wise, someone knows what they’re doing in the booth and understands the sound Jozic is looking for very, very well.  If I had any issue with this final track & cover-tune, it’d probably be the bass…there are moments on this cut where it sounds a little bit bored with some of the basic back-&-forth in the bass-lines.  Even if that was the blueprint for the original song, it felt like around mid-song the bass fell off the mark a little in terms of its enthusiasm compared to the rest of what’s going on.  Jozic gets by on this tune by adding in real rock-persona into the character in the vocals and his expressions on the mic…he’s highly entertaining.

That kind of seems to be his deal beyond anything else…you can really hear his want to play & perform – you can hear the enthusiasm & passion for the music he makes…and I think that’s important.  He’s having a great time…and it’s through his own pure joy in entertaining that we as listeners, have almost no choice but to completely enjoy ourselves as well.  Rock-solid stuff and top-notch performances.

Find out more about Vlado Jozic at his official Facebook page:  https://www.facebook.com/vladojozic/