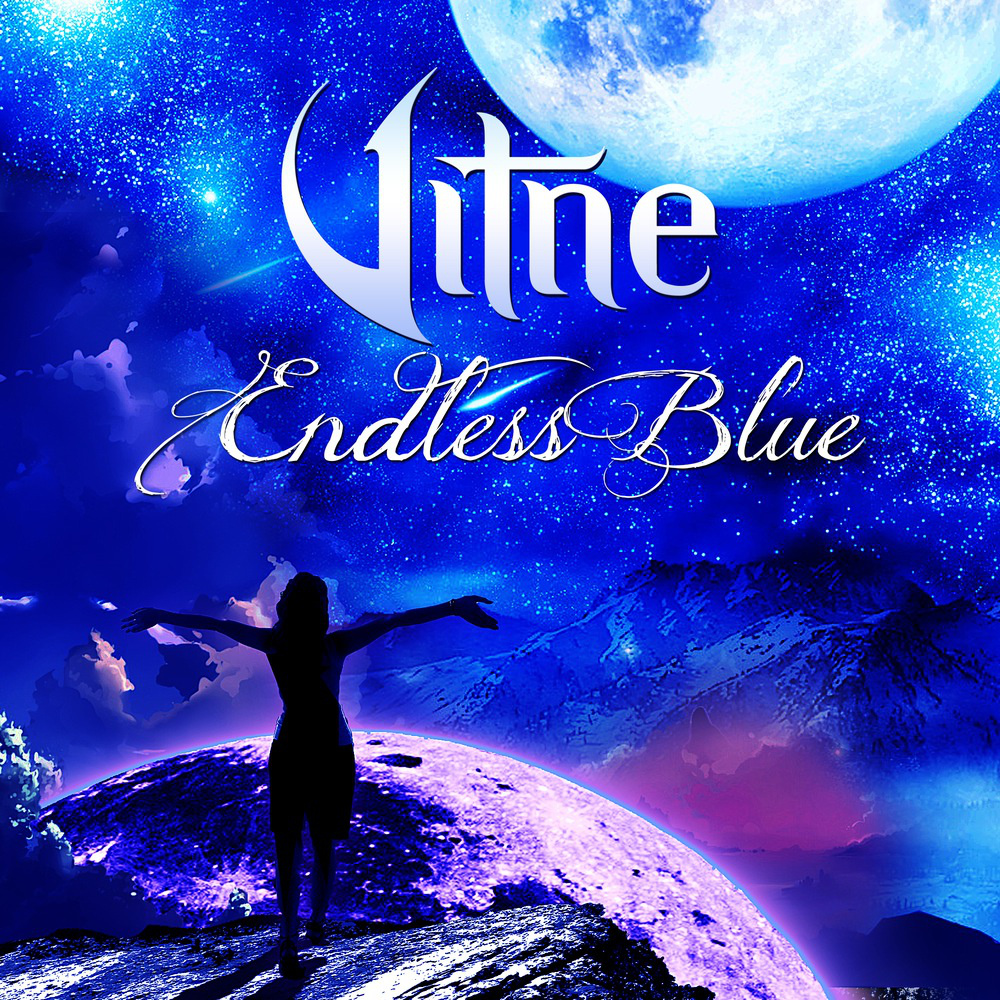 Different atmospheres and textures from all-over the rock genre creep into the classic sounds of Vitne on his new EP, Endless Blue; it’s been a long time since we first turned onto this artist…somewhere way-back-when a couple years ago or so as we first started to run SBS Live This Week. What I knew then of Vitne was a precious little, and my one experience left me with the feeling that he was a rocker through-and-through – so, to be truthful, a lot of what was on this new EP was actually an extremely pleasant surprise. I have a much harder time connecting with straight-ahead rock these days…I often find it a hard genre to prove the artist or band in question has any legitimate connections with the music; to find that Vitne actually has an extremely melodic sound in the overall vibe on Endless Blue was a treat beyond my ears expectations.

And sometimes…sometimes it’s the little things that count for a whole damn bunch. Take the stormy sounds on the opening intro “Rain Of Hope” for example – I LOVE the way he has the rain come out onto this subtle beginning…it sounds incredibly real. Vitne’s got the extreme advantage of my wife watching TV in the room just outside the man-cave where I write these reviews, so I’ve got the headphones strapped on, up & loud…and that rain sounds incredible. Creating a thematic setting for the songs and lyrics to come, this low-key opening also serves the following tune “Endless Blue” extremely well; next to the atmospheric opening of “Rain Of Hope,” the title-track to follow sounds amped up X10.

“Endless Blue” is much more reflective of the pre-set image & sound of Vitne that I had coming into this new EP…and again, truthfully I was expecting this to be the dominant sound. And don’t get me wrong – he pulls this up-tempo title-tune off with incredible flair, style and BIG song-writing that certainly reflect his own love of the 80’s rock genre…just because it’s not my thing doesn’t mean it might not work for you. As a song, it’s almost everything you could ask for…”Endless Blue” has an electric energy and real-rock vibe to it, so for you rockers out there that like to raise and pump your fists to the music, you’ll love it, no denying that. When looking at the album from an aspect of it being an entire production within a set theme, it makes sense within the context of these six songs…but for myself and melody-seekers like myself…what can I say other than hang on tight through the ride of “Endless Blue,” for on the other side of this 80’s-rock-influenced song is some true beauty lying in wait to be heard.

Where that shift occurs, is right at the outset of “Himitsu, Village Of The Sea.” Here against beautiful nature & ocean sounds mixing with flute, angelic guitar and an extremely heartfelt performance, Vitne reveals another, gentler-side of himself in this thoughtful tune. Perhaps reflecting a more mature-version of the man we first stumbled onto long ago, this song narrates a large portion of the personal growth and changes he’s been through over time. Mentioning the importance of home, love…and making it even more personal with the incorporation of his daughter in the lyrics…and depending on where the samples in the background came from, quite possibly in the backing atmosphere of the music as well. It all sounds & feels immaculately authentic…Vitne nails the emotion perfectly with his vocals.

So call me crazy, but once “Serenity” started out with its sweet guitars combining their stunning & sparkling tones…well…it was pretty clear to me which of these two sounds I was enjoying better from Vitne. Consider me a fan of the softer, melodic-side of the music…”Serenity” is instrumental and once again reveals the real soul of this musician in behind the music, even without the words. Full of inspiring sounds and uplifting tones…it’s very well thought-up and executed nearly perfectly; there’s a few slight timing issues on the acoustic guitar notes…but honestly not anything so harsh that many people would ever notice…in fact, you could be reading this review right now & listening yourself, and you might think I’m crazy! So there you are, these slight missteps are hardly noticeable…and would I trade this song in due to a millisecond here or there needing to speed-up or slow-down? Not on your life. “Serenity” is gorgeous and follows “Himitsu, Village Of The Sea” perfectly.

One of the smartest rhythms and grooves on the Endless Blue EP really comes through shining on “Misery.” I say this because this is the first time I’ve felt like I’ve heard Vitne find a more modern-vein to rock in…admittedly, these hooks are so catchy it’s more close to pop/rock, but again, he’s stepped out of the classic-rock vibe and into something I think works extremely well for him here. Guitar-solos blaze through the midst of this song into an isolated breakdown you can hear is just waiting for more oxygen to start the fire up in this song all over again. Definitely some fantastic hooks in this song…you’d have to be made of pure stone to not have them dig into you…and it’s definitely the best experience I’ve had with the rock-side of Vitne so far.

The mid-tempo final-cut, “The Ocean” is probably the toughest song to judge on the entire EP. With some of the best moments, and some of the rougher-spots…”The Ocean” is a little bit choppy idea that seems to stumble its way forward through the first minute or so before finding solid ground. Bringing out a part of him that reveals more of that theatrical-entertainer in him out, this final tune incorporates a ton of supporting elements into the music as the chorus swells with the ebb & flow…and for the most part I think each individual part has multiple strengths within them. As for a song that’s easy for the average listener to get into, this final tune will prove to be the toughest of the six for many.

All this examined, listened-to & thoroughly digested…I can’t express enough just how much the EP blew-away the expectations I had of Vitne’s music, and just how much the soft & sincere side of his music impressed me. Within these six-songs there is a lot of heart revealed with a lot of passion for music, and his performance from vocals to the rest I thought stepped it up big time from where he’s been. These later, more mature years in life and renewed-perspective on music seem to really be paying off for Vitne, he’s done an excellent job on Endless Blue.

Find out more from his official page at: http://www.vitne.net/